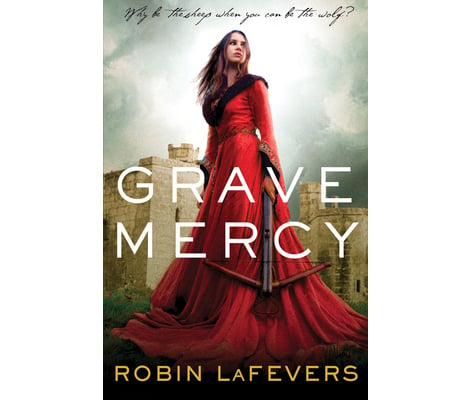 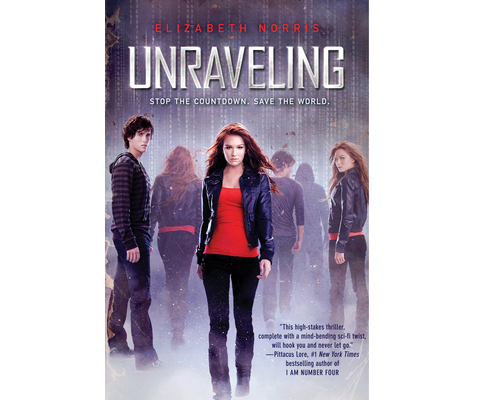 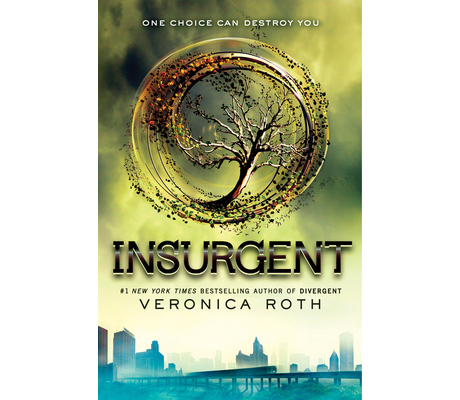 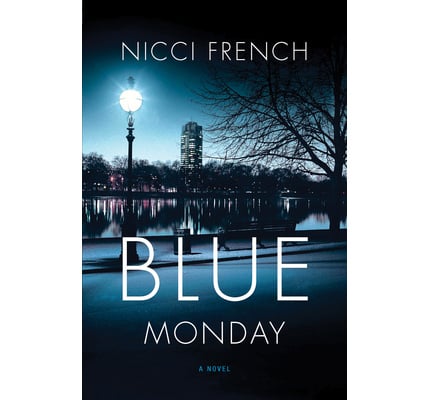 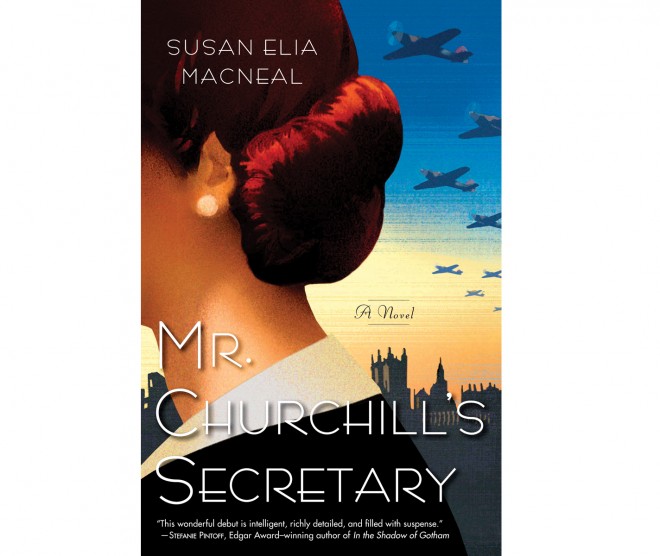 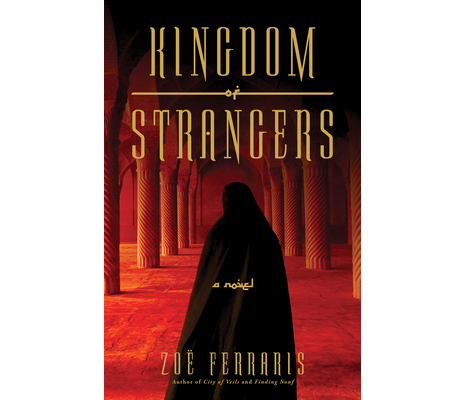 Kingdom of Strangers by Zoë Ferraris 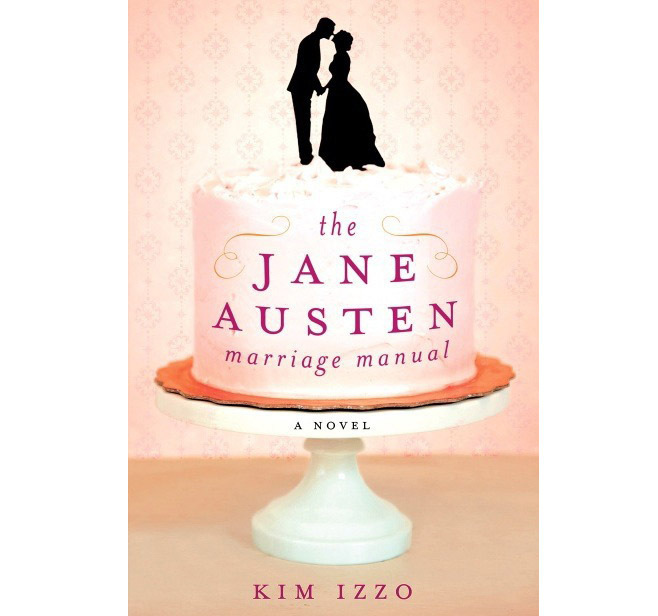 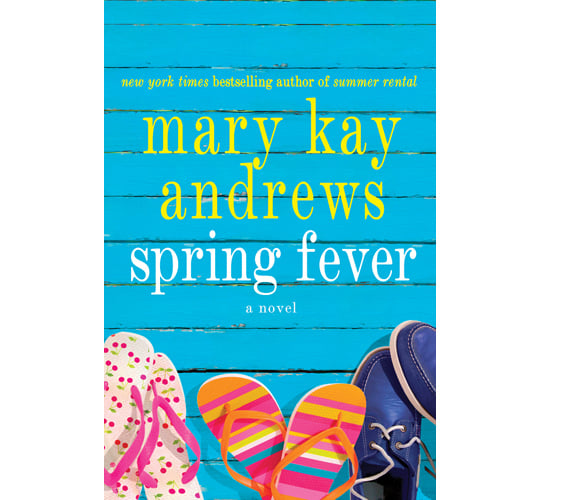 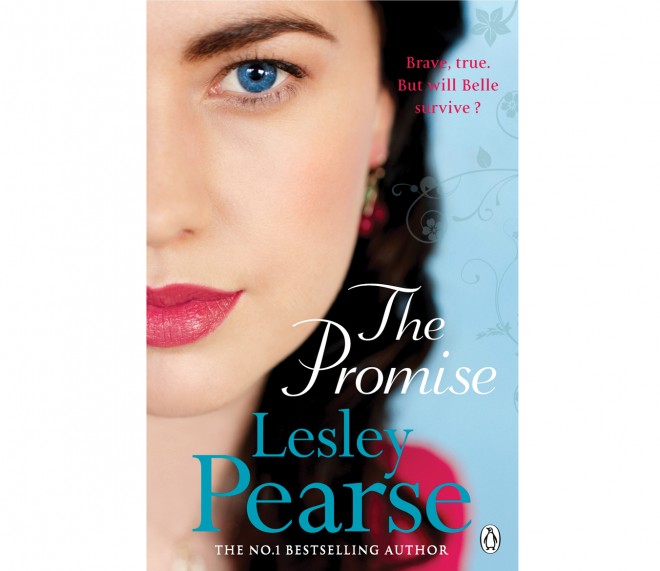 The Promise by Lesley Pearse 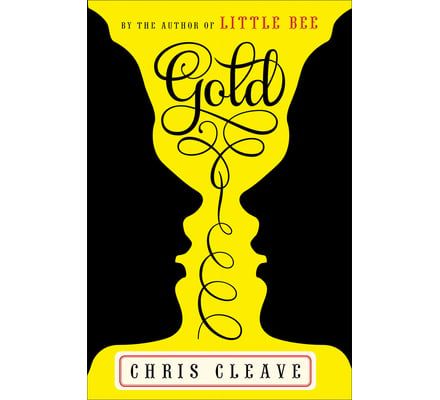 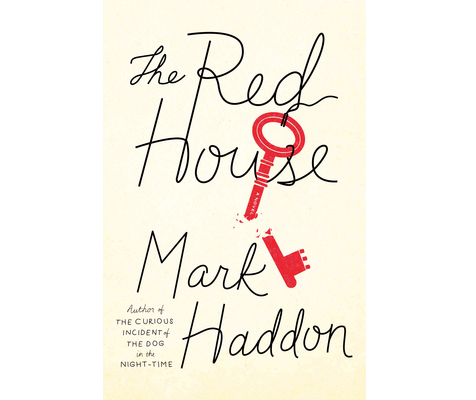 The Red House by Mark Haddon 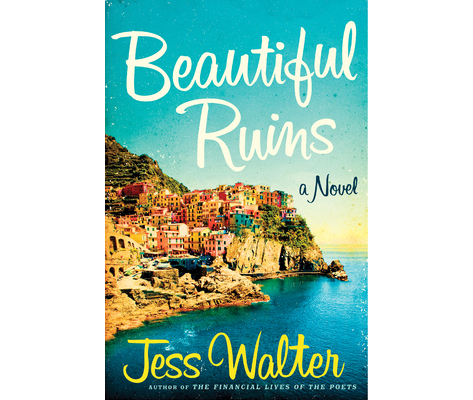 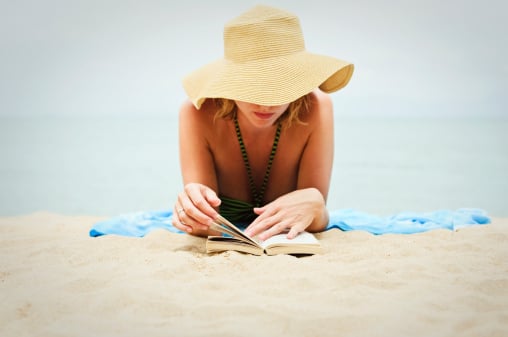 Ah, what if? This universal refrain underlies Jess Walter’s Beautiful Ruins, a spirited novel that begins when its hero, ill-fated Italian hotelier Pasquale Tursi, must decide whether to confess his feelings for a beautiful American actress who unexpectedly turns up in his sleepy seaside village. Fifty years later, Pasquale heads to Hollywood to track down his lost love and runs into a supporting cast of characters similarly obsessed with the fallout from their past decisions. From failed screenwriters and actors to a cosmetically enhanced has-been producer who knows more than he lets on, each character’s quest for notoriety ends in a reflection on the choices that invariably led to another path. In a tale told with warmth and humour, Walter’s quirky, engaging characters are ultimately redeemed by their “stubborn belief in possibility.” – Sydney Loney

In this new novel from Mark Haddon (The Curious Incident of the Dog in the Night-Time), estranged brother and sister Richard and Angela and their families meet for a week at an isolated Welsh vacation rental and inevitably collide. Richard’s desire to reconnect — “They had spent 20 years avoiding each other and he couldn’t remember why” — threatens to dissolve tenuous ties between and within the families. Daisy, Angela’s adolescent daughter, faces an existential crisis, and her brother Alex falls victim to raging hormones; neither is prepared for master manipulator Melissa, Richard’s teen stepdaughter, who is sexy and narcissistic. The adults stand by helpless and hapless, with Angela heading for a nervous breakdown. The question Angela is bewildered by — how much of how we see ourselves is shaped by family, and vice versa — is examined by Haddon brilliantly, compassionately and at times with humour. – Kathleen Dore

Kate and Zoe are world-class athletes on track for the 2012 Olympics. Despite endless head-to-head competitions for titles, prize money, coaching — even men — and with totally different personalities (Kate’s a kindly, devoted mom, Zoe’s aggressive and promiscuous), they’ve become fast friends. But as they head toward the battle of their lives in London and the last finish line of their careers, will they finally realize that what’s paramount isn’t shiny medals or the euphoria of the win? Chris Cleave (Little Bee, Incendiary) successfully — if not surprisingly — uses bicycle racing as a metaphor for life: the competition, cooperation, satisfaction, luck and sometimes sheer unfairness of it all. But where the writing really shines is in the way Cleave mimics the pace of racing, sometimes speeding up the action, sometimes pulling back to heart-stopping effect. An unforgettable ride. – Laurie Grassi

In this gripping sequel to Belle, bestselling author Lesley Pearse continues the tumultuous story of heroine Belle Reilly. Belle has left behind her scandalous and dangerous past as a courtesan to marry the devoted and dedicated Jimmy. Just as everything seems to be falling into place for the newly married couple, though, the First World War breaks out and one of Belle’s former lovers, the dashing Etienne, shows up and threatens to throw her life into turmoil. While Jimmy and Etienne head off to fight on the front lines, Belle and her best friend, Miranda, daringly decide to risk their lives by becoming two of only six female ambulance drivers at a French hospital and come face to face with the cruelties of war. Pearse artfully blends historical fact with fiction, providing a believable backdrop for her feisty heroine and her romantic dilemma. – Kari Pritchard

Crashing the wedding of your ex-husband isn’t a good idea — especially when you’re still in love with him. Annajane Hudgens realizes that as she watches her nemesis, Celia, walk down the aisle toward Mason, the man Annajane still loves. After the wedding unexpectedly screeches to a halt, Annajane realizes that she has a second chance to see if there’s any spark left. With her best friend (and Mason’s sister), Pokey, by her side, Annajane sets out to discover if her first love will be her forever love — and to uncover the truth about Celia’s sinister plans to sell off the family’s beloved, but failing, soft drink empire. Mary Kay Andrews fills the book with all the charm you’d expect to find in the inhabitants of a sassy southern U.S. town, plus a whole lot of scandal for good measure! – Lora Grady

At 39, verging on 40, Kate Shaw finds herself unemployed, living with her mother and facing foreclosure. To help her family avoid financial disaster, she accepts a writing assignment on how to make like a Jane Austen character and marry well (read: land a rich man). The article’s subject quickly becomes Kate’s real-life objective, but while pretending to be an aristocrat is relatively simple and gets her into the inner circle of the social elite, winning a husband proves a tad more difficult. Kim Izzo handily makes her protagonist both lovable and comical, and she keeps readers on the edges of their seats anticipating —but not hoping for!—the eventual blow-up. A fun read for any Austen fan who enjoys the age-old question: Should one marry for love or money? – Janet Ho

Zoë Ferraris’ third novel set in Saudi Arabia, Kingdom of Strangers, couldn’t be more aptly named. On one level, it refers to the country’s influx of foreign workers, many of whom work in menial jobs. No one seems to miss them when they disappear, allowing a serial killer to prey upon foreign housemaids and bury their bodies in the desert outside the city of Jeddah. But the detectives on the killer’s path are also virtual strangers to their female colleagues: Many of them refuse to speak with the women for religious reasons, even when lives are at stake. One exception is the lead inspector, Ibrahim Zahrani, who is caught up in a personal crisis with the disappearance of his long-time mistress. For help, he turns to a female lab technician, Katya Hijazi, putting both of their careers in jeopardy, yet forging a bond rare in Saudi society. – Hilary Davidson

The Second World War has long been fertile territory for mystery authors, but Susan Elia MacNeal’s debut novel offers an intriguing twist, imagining an American-raised Brit inside Churchill’s office. Maggie Hope has studied advanced mathematics — making her a talented code breaker — but sexist office politics have her typing and taking dictation instead. As she becomes more involved in the prime minister’s world, she discovers that the Nazis aren’t the only enemy the government is fighting, and her own family has a connection to those who want Britain to fall. The historical backdrop of air raid sirens, wartime rationing and gossip about Wallis Simpson are finely rendered, but the most engaging element of the book is Maggie herself. Though she’s betrayed by people she trusts and used as a pawn by spymasters, she still maintains her gritty determination, warm heart and sense of humour. – Hilary Davidson

The husband-and-wife team writing under the name Nicci French are famous for dark, suspenseful thrillers exploring the seamy underbelly of human psychology. Their latest, Blue Monday, is the first in a new series featuring London psychotherapist Frieda Klein, whose professional talent comes at a great personal cost (she’s a chronic insomniac who roams the city before dawn). When a patient confesses he desperately wants a child who resembles him — and then a boy matching that description is abducted — Frieda contacts the police and discovers a link with a much older missing-child case. The story is narrated in a cool, detached style, underscoring the emotional anguish of the children’s families and Frieda herself, as she tries to escape her own family trauma. – Hillary Davidson (Davidson is the award-winning author of The Damage Done and its recently released sequel, The Next One to Fall.)

For legions of The Hunger Games fans salivating for their next dystopian survival rations, the Divergent series offers toothsome fare. Insurgent, the sequel to the first book, plunges readers deeper into Tris Prior’s brutal world, where the only certainty has been her love for Tobias, a fellow Dauntless Faction member. As all-out war looms, tough-as-nails Tris struggles with her divergent nature in the aftermath of a horrific attack that leaves her racked by doubt about everything she knows and cares for — even Tobias. Insurgent is unrelenting — a thrill ride, but emotionally intense as well — as Tris fights to save herself and the tough-tender boy who’s been her sword and shield throughout, with society crumbling all around them. A caveat: Read Divergent first. Roth doesn’t baby with backstory but drops readers straight into the narrative to sink or swim — just like her dauntless heroine. – Lesley Livingston

Tick…tick…boom: three words that describe the looming problem facing Janelle Tenner and her friends in this debut teen thriller. What starts out with a freak car accident causing the (temporary!) death of the story’s heroine ends with a frantic race against a ticking clock to save the world from complete destruction. Sounds like a stretch, but author Elizabeth Norris pulls it off by gradually, seamlessly building her story up from ordinary girl, wrong place, wrong time into something extraordinary. At the heart of the burgeoning catastrophe is the story’s emotional centre: smart, stubborn, generous Janelle. In the midst of unravelling the terrifying mystery, she’s blindsided by her feelings for Ben Michaels, a guy the school yearbook might tag Boy Least Likely to Be Your Soulmate. Mystery, conspiracy, FBI entanglements, fringe science, romance and heart-wrenching tragedy all combine in this page-turner. – Lesley Livingston

For Ismae Rienne, escaping a life of torment means joining an order of nuns who train girls in the art of killing. Well equipped with the wit and lethal wiles to carry out a secret mission at the Breton court, Ismae is partnered with the irritating, arrogant Sir Gavriel Duval. No one is more surprised — or horrified — than Ismae to discover Gavriel’s presence acts on her emotions like one of her own beguiling poisons. But when actual poison courses through Gavriel’s veins, this fair assassin doesn’t know who to trust. Vivid settings, lavish descriptions and killer weaponry enrich a gorgeously realized world into which Robin LaFevers drops her compelling, conflicted characters. Never feeling bogged down by the intricate detail, this story of a Teenage Medieval Assassin-Nun is intoxicating. – Lesley Livingston (Livingston is the award-winning author of the Wondrous Strange trilogy, Once Every Never and Starling (August 2012).)