Today in the news: a new report reveals the latest trends in plastic surgery; Chris Brown gets violent again; rich white women at highest risk for melanoma; the U.S. military apologizes for gruesome photos; and a new report on our attitudes about water will surprise you. 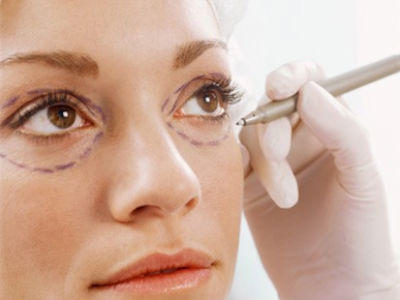 Ever thought about getting a boob job? If the answer is yes, please stop it. Sadly, new data from the American Society of Plastic Surgeons indicates that more women than ever are going under the knife in the misguided quest for a more ample bosom. They report that over the past decade, breast implant operations have gone up 40 percent. Now, the good news: nose jobs, liposuction and lip jobs are all on the decline. So, if we haven’t yet learned to love our small boobs (the way many men happily do), we’re at least coming to terms with our charmingly imperfect noses, lips and hips. Seriously, you’re a turbo babe just the way you are.

What happens when you ask musician and girlfriend beater Chris Brown about his violent past? He flies into a violent rage, obviously. That’s what happened yesterday on Good Morning America when host Robin refused to stop questioning Brown about his abusive relationship with former girlfriend Rihanna. After the interview, Brown reportedly broke a huge glass window and then took his shirt off in the street. We’re guessing his PR team will be pulling a few all-nighters in the hopes of massaging this incident into oblivion.

A new study has found that young, wealthy white women are at the highest risk of developing melanoma. The authors of the study, which looked at thousands of women living in California between the ages of 15 and 39, believe this may be because Caucasian women of means spend more time in tanning beds and on sun-drenched vacations. Over the past decade, melanoma rates have increased for women as a whole, but that rise is particularly marked in wealthy women.

The U.S. army is apologizing for a series of horrific photos that show American soldiers posing next to the corpses of Afghan civilians. The photos were published by German newspaper Der Spiegel and were seized by the U.S. military as part of an investigation into the deaths of five unarmed Afghan citizens. In one image, soldier Jeremy Morlock grins as he holds up the head of a dead body by the hair. Five American soldiers are currently under investigation.

Do you know where the water in your household comes from, or where it goes, or how much you use? Do you flush garbage down the toilet? The forth annual Canadian Water Attitudes Study reveals some fascinating stats on our water use habits. According to the study, 72 percent of Canadians flush garbage, only 48 percent drink tap water, and 87 percent worry about the quality of water in the lakes where they swim. And did you know that a single toilet flush can use up to 20 litres of water, which is almost equal to an office water cooler? Something to think about next time you reach for the handle to get rid of a piece of gum.