After admitting to being overwhelmed, Grégoire-Trudeau has been attacked by critics. They couldn't be more wrong. 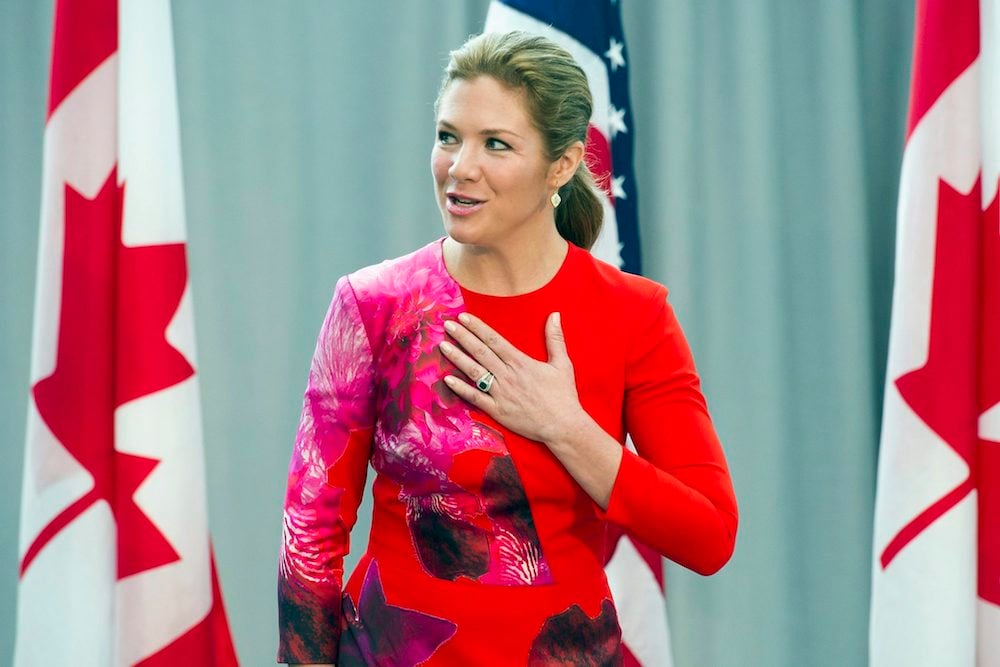 In an interview with French-language newspaper Le Soleil, Sophie Grégoire-Trudeau made a critical error for a woman in power: She asked for help.

She said she was overwhelmed by the sheer volume of requests for public appearances and involvement in projects and charities, and having one assistant was not sufficient to deal with the demands on her time. “I have three children at home and a husband who is prime minister,” she told the newspaper. “I need help. I need a team to help me serve people.”

Critics pounced, accusing Grégoire-Trudeau of being out of touch with the masses. They trotted out the fact that she already has help at home (tax-payer funded, no less!) and not one but two nannies, when the majority of Canadians are drowning in daycare costs. They suggested the request for “help” would simply enable more “vanity trips” and lauded Laureen Harper for “doing more with less.” The sarcastic hashtag #prayforsophie was born, as was a parody blog by Frank magazine, subtitled “Stop the World I Want to Get More Staff!”

We should have a telethon to raise money to get Sophie Trudeau the help she needs. #PrayForSophie #SophieStrong pic.twitter.com/IyUJDDwUs9

NDP MP Niki Ashton weighed in, saying “The focus should be on what Canadian women face on a daily basis and how the federal government can support Canadian women. Statements like that really speak to a disconnect.”

The exact opposite is true. Statements like the ones Grégoire-Trudeau made speak to the kind of connection she already has with, for lack of a better term, “everyday Canadians.” By speaking openly about the challenges she faces as a working mother of three, she spurs a necessary conversation about the enormous strain on working families, lets other women know it’s okay to speak up when they need help and could even inspire demand for better resources and infrastructure. Just because she has financial resources doesn’t mean she’s immune to the intense stress a job or family circumstances can bring.

Grégoire-Trudeau knows intimately the toll that life at 24 Sussex can have on mental health. Speaking publicly about the pressures she faces, and the fact that she feels insufficiently supported, should be an example to everyone that there is no shame in being protective of your mental health while trying to excel at your job.

Facebook COO Sheryl Sandberg received a similar kind of backlash both when she released her book, Lean In, and last week, when she published a Facebook post admitting that she should have acknowledged the unique challenges of single mothers more, when writing it. “I did not really get how hard it is to succeed at work when you are overwhelmed at home,” she wrote in the post. (Her husband, Dave, died last year). While she was largely praised on Twitter for realizing this misstep, there were still lots of comments devoted to how “rich” it was for someone of her means to complain.

Sheryl Sandberg: Hard to lean in as single mom https://t.co/unAGjpGASi via @usatoday OMG…life must be so difficult for a rich single mom!

Money does not solve all problems. Money does not equal happiness. We can keep criticizing people of influence, like Grégoire-Trudeau and Sandberg, for being out of touch, we can keep dismissing their voices and keep shaming them for showing their vulnerabilities. Or, we could let them talk. Let them be the ones who give these issues the attention they deserve, at a level that could make a difference. Then we can take part, keep the conversation going and demand better.

More:
Sophie Grégoire-Trudeau on life in the global spotlight
The strange and wonderful lives of the Canadian prime minister’s wives
Exclusive photos of the Trudeaus at home