How they are fighting cyber-bullying

Online heroes are bringing accountability back to cyberspace, one troll at a time. 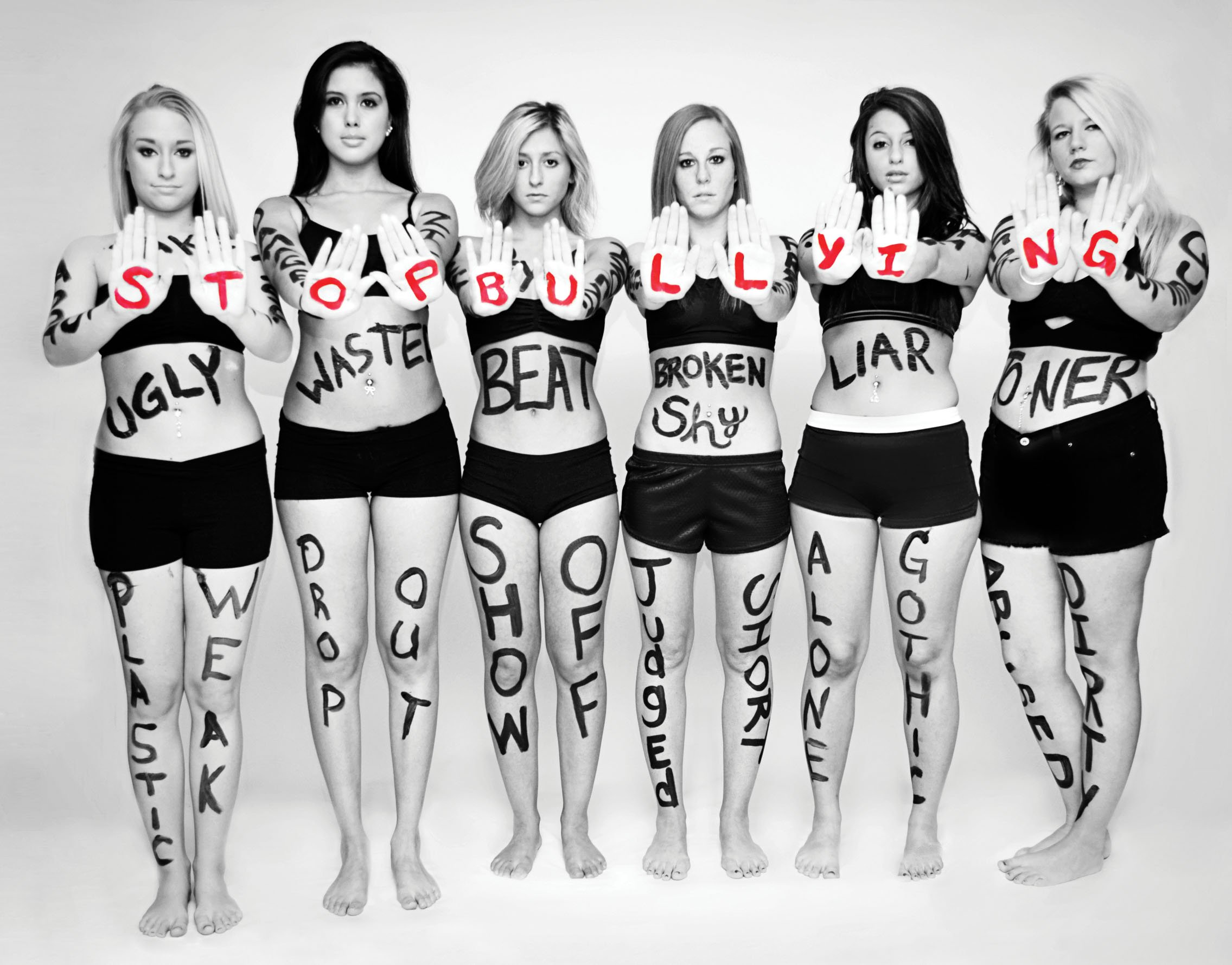 This image was created by 18-year-old high school student Mary Anne Marcondes. She chose pretty girls “because people don’t expect they will be hurt by all the negative things that are said.” Visit thelight.artistswanted.org/atts2012 for more of her anti-bullying series.

These days, most of my girlfriend dinners seem to include a passionate debate about Facebook and the like: “Mark Zuckerberg is not going to own the rights to my family photos,” declared a friend the other night. Meanwhile, Jenny, a prolific status updater, says it keeps us connected. My own feelings shift constantly: Monday finds me cooing over baby photos and Tuesday could have me envying friends at a fabulous party. While I learn to manage the complex emotions that social media stirs up, what I really worry about is how my daughter is going to navigate this overly connected world—full of cyber-bullying and worse. Thankfully there are people like Mary Anne Marcondes, who took this photo, and numerous erase-bullying Facebook groups (see below). The problem is becoming the solution. Bullies: Put that in your status update and smoke it!

When 15-year-old B.C. native Amanda Todd killed herself last October after enduring years of bullying and abuse, outpourings of condolences immediately appeared across Facebook and Twitter. But for a group of bullies known as internet trolls, the memorial pages provided another open forum for venomous commentary. The day after Amanda’s suicide, one Ontario man reportedly posted on a Facebook memorial group: “It’s about time this bitch died.” In response, a 26-year-old mom took action: “I saw all these hateful comments, outrageous things, tormenting her after her passing,” Christine Claveau told Global News. “It just triggered something in me.” Claveau joined two other moms on Facebook to form a group called We Are Against Bullying, and when she saw the comment, she reported it to the man’s employer, Mr. Big & Tall, whom she found easily thanks to public About Me information. The clothing chain promptly fired him.

In the age of social media, bullying has reached beyond the classroom and infiltrated our everyday lives. A recent study from the Centre for Addiction and Mental Health shows 21 percent of Ontario girls in grades 7 to 12 who are bullied at school contemplate suicide. (That number translates to over 30,000.) Another study from Big Brothers Big Sisters of Canada showed that half of Canadian adults were bullied as kids and 30 percent say it affected the rest of their lives. The issue has sparked a national outcry for anti-bullying strategies and some provinces have introduced anti-bullying legislation.

But for We Are Against Bullying, talking about it isn’t enough. The group reported hundreds of pages to Facebook and some to the RCMP for inappropriate comments, and even contacted parents of online bullies. As Claveau has said: “Enough is enough. People can’t get away with saying these things, and they have to stop hiding behind their keyboards.”