So you want to date your lookalike

In today’s news: a new dating site seeks to match you with your lookalike; Obama says military action in Libya “possible”; Gwyneth Paltrow eyes record deal; one columnist’s case for monogamy; and the Green Party get’s their own paradoxical political commercial. 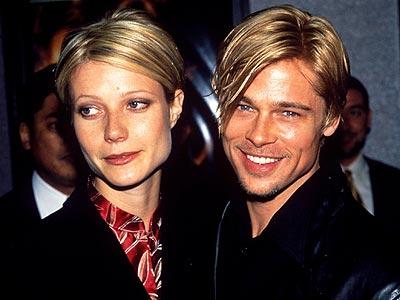 We’ve all seen examples of the brother-sister couple – when two people who look surprisingly alike start a relationship. Now, a new dating website called Findyourfacemate.com, takes the phenomenon to a whole new level by deliberately matching singles with people who look like each other. Reviews so far seem to range from “that’s weird” to “that’s racist,” but if you’re the type of single who looks in the mirror and says, “Now THAT’S what I’m looking for,” this website may be just what you’ve been waiting for.

After much political humming and hawing, the Obama administration is claiming that military action against the dictatorship in Libya is now “possible.” In recent weeks, Libyan leader Colonel Qaddafi has reacted to a civilian protests with extreme violence, and sanctions by governments around the world have yet to quell this violence. In a press conference yesterday, Obama said the U.S. is currently consulting with NATO “around a wide range of potential options, including potential military options in response to the violence that is taking place in Libya.”

Move over, Jared Leto! It’s almost time to officially add Gwyneth Paltrow to the list of actors-turned-singers with a record deal. The Country Strong star is apparently in talks with Atlantic Records to produce her own country album. You may have noticed Paltrow’s push to become a crooner, as she’s been belting it out at pretty much every awards show this season, including the Grammys, the Country Music Awards, and the Oscars. The songstress-in-waiting will reprise her role on Glee as singing substitute teacher Holly Holiday tomorrow night.

New York Times columnist Ross Douthat makes an engaging if not entirely convincing argument for the concept of monogamy, bending neither to the socially conservative “no sex before marriage” hardliners, nor to the more liberal “as long as its safe, go for it” mantra. There’s no doubt though, that Douthat leans right. He points to new statistics from the American Center for Disease Control that indicate young people are waiting longer to have sex, and that there has been a growing trend in sexual conservatism among young people since the 1980s. He says there is evidence that those who are monogamous are generally happier, and that teaching children about abstinence will at least help them choose partners more carefully.

It’s hard not to notice the barrage of negative political attack ads paid for by the Conservative and Liberal parties in the run up to what many are predicting to be an imminent election. Now, the Green Party of Canada has entered the fray with an ad of their own that – get this – attacks the attack ads. How meta.