For years, billboards, magazines and runways have told us curvy = sexy and skinny = stylish. Let's debunk one of fashion’s most enduring myths 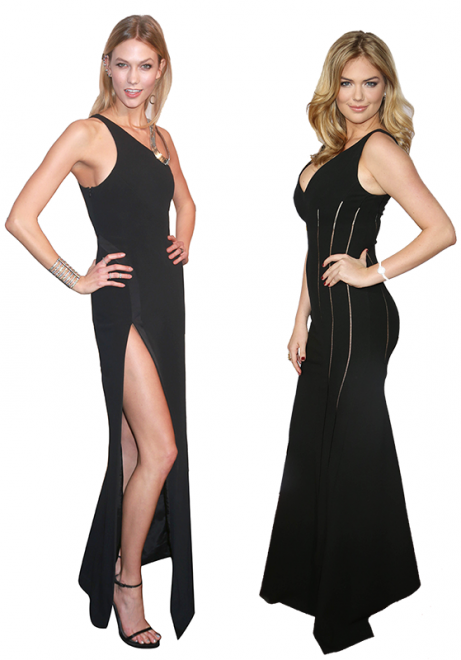 There is a photo of me at 17 that I show people when I want them to think I was a stylish girl (I wasn’t). I’m standing in my grandmother’s garden before a school formal, wearing a floor-length jersey slip dress with spaghetti straps and affecting a weary pout. Amplified by the flash, my skin looks ivory-white, and the teal fabric tents off my clavicles and hip bones. At five-foot-three and well under 100 pounds, I fell into the distinct­ly coveted “waif” type, embodied by the ’90s it-girls Kate Moss and Winona Ryder. I’m all eyes, bones and pallor: the holy trinity of grunge-era perfection.

But that was just one type of perfection. In 1992, Anna Nicole Smith, an unapologetically fleshy pin-up, debuted as the face of Guess, while the silicone-boosted, spray-tan-burnished, ultra-fit Pamela Anderson emerged as the decade’s biggest sex symbol. Swimwear and lingerie brands such as Victoria’s Secret, which were invested in appealing as much to men as to their female consumers, stuck to a tried-and-true formula of long bronzed legs and country-road curves, helping make household names out of Tyra Banks and Heidi Klum. Like other young women of the time, I understood the divide implicitly: there was a fashionable ideal (skinny) and a sexy one (curvy). The former was said to appeal to women, the latter to men.

Related: Every woman has a real body, even Victoria’s Secret models

And so to have a female body in the ’90s and early aughts was to engage in this ongoing trade-off. As a slight girl, I enjoyed being able to wear anything: baby-doll shift dresses, low-rise jeans, peasant blouses. I didn’t envy my heavier friends, who struggled with shopping and were confined to A‑line skirts that flattered but weren’t necessarily on trend. Yet stand me beside a bigger girl with forky cleavage and a spherical ass, and my inferiority was acute. While I certainly felt sexual, albeit in the awkward, terrified mode of adolescence, I felt I couldn’t “do” sexy. At least not without a very padded bra (I kept one on hand, alongside a low-cut Lycra bodysuit, for my graceless attempts). I didn’t understand it at the time, but feeling beautiful one moment and sexless and misshapen the next was built into the very idea of perfection, which divided women into two rigid, opposed types. You could be a Kate Moss or an Anna Nicole Smith, stylish or sensual—but rarely both at once. And god help you if you fell outside these types altogether. The well-entrenched body image binary was a raw deal for women whose bodies and feelings were naturally more complex.

Now, as a 105-pound 36‑year-old woman, I remain boyishly built. But my self-perception has evolved, in lockstep with fashion and pop culture’s shifting attitudes toward the female body. Thanks to the rise of Internet feminism and increasing diversity in fashion and marketing, the old oppositional structure that pits skinny against sexy is a lot more complicated. In today’s market, Moss is a Playboy model, while Smith’s successor, Kate Upton, gets U.S. and international Vogue covers. High fashion, which for at least a decade has been slowly replacing models with celebrities to front campaigns, has turned sharply to a much shorter, hourglassier ideal, as illustrated by Nicki Minaj for Roberto Cavalli or Kim Kardashian for Balmain. Cult fashion magazines such as Love and CR Fashion Book cast busty models like Emily Ratajkowski (a.k.a. the topless brunette in Robin Thicke’s infamous “Blurred Lines” video). In these images, curvy bodies aren’t styled like pin-ups designed to appeal to men. High necklines, low hemlines and directional silhouettes render them powerful, luxurious, affluent—modes of self-expression rarely afforded to curvy bodies. This change is evidenced most provocatively by the outpouring of affection on Twitter for what users call #CurvePower: a call for more, and better, representations of voluptuous bodies.

Related: Living large: How I learned to embrace plus-sized bikinis

Meanwhile, in 2009, Victoria’s Secret, a long-time purveyor of the curvy-as-sensual ideal, hired waifish model Chanel Iman as an Angel for its catalogue and runway show. Iman’s boyish frame stuck out enough amid the cohort of busty Brazilians to cause a minor shock wave among fans. (Complaints on the Fashion Spot’s online forums that Iman was too editorial for the brand were so heated that moderators banned posters from discussing weight altogether.) Then, in 2012, the up-and-coming Upton—a model representative of the early-’00s Victoria’s Secret ideal if there ever was one—was dismissed by a casting agent as too down-market (read: voluptuous) for the brand. By last fall’s Victoria’s Secret runway, the trend was in full effect: such notoriously thin models as Karlie Kloss and Liu Wen starred in the show (even long-time Angels like Alessandra Ambrosio lost weight during this transition).

It wasn’t until last November, however, that the public really tuned in to the shift. In an ad for the Victoria’s Secret Body Bra, 10 identically thin, leggy and mostly white models stand in ballet poses accompanied by the slogan, “The Perfect ‘Body.’” It was standard rhetoric for the lingerie brand, but the backlash was swift and relentless. A Change.org petition calling for the company to revise the slogan gathered over 33,000 signatures, while a meme created by U.K. lingerie retailer Dear Kate, featuring the same line over a size- and race-​diverse cast of models, went viral. On Twitter, resistance had a hashtag: #IAmPerfect. Within 30 days, Victoria’s Secret had retired the slogan, replacing it with, “A Body for Every Body.”

That the brand changed the motto at all, let alone so swiftly, speaks to the democratization of fashion. In the Twitter era, consumers are visible and highly organized, more of them versed in the consensus-​building tactics of the digital age of feminism. And brands are more accountable. “Social media played a huge factor in our campaign,” says Gabriella Kountourides, the 22‑year-old zoology student in England who coined the hashtag #IAmPerfect. While she doesn’t consider herself an online activist, the ad enraged her enough to get involved. “Twitter, email, Facebook and even Instagram played a huge role in how quickly our message spread,” she explains. “I think 20 years ago it might not have had an effect—the message would have been harder to spread internationally.”

But while consumer accountability plays a role in these shifting ideals, it’s not the only factor. The 2010s have seen a fledgling shift toward diversity, including the rise of transgender models like Andreja Pejić and Lea T (who recently scored a campaign for Redken). Veteran Jamie Bochert is having her breakout moment in her early 30s—ancient for a model. And after decades of invisibility, an unprecedented number of women of colour, among them the actress and Lancôme rep Lupita Nyong’o, are fronting major cosmetics campaigns. 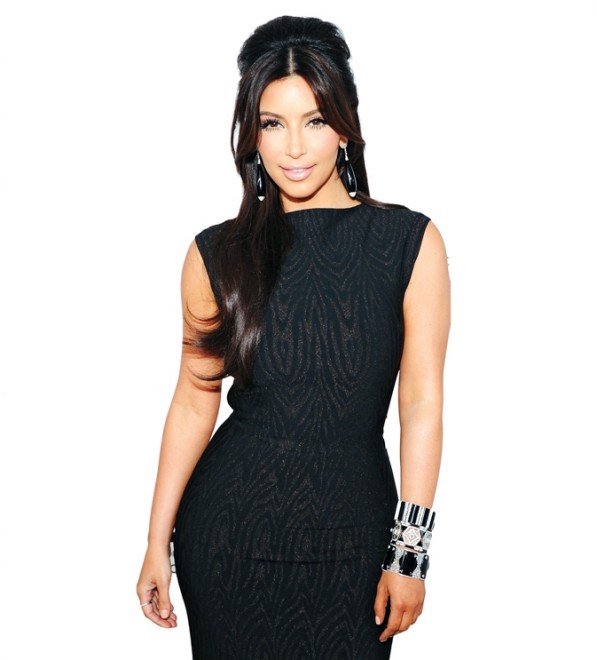 According to Danielle Meder, a Toronto-based fashion illustrator and insider, this diversification owes as much to shifts in marketing as it does to social media pressure. “Fashion brands are no longer in the business of licensing and targeting mass markets. Now they’re trying to be more sophisticated and tapping into specific sensibilities,” she explains. “Beauty is becoming more distinctive; less ‘mass.’ That’s why a 1990 Lanvin ad features Helena Christensen, and a 2015 Céline ad features Joan Didion.” The Céline campaign harnesses the octogenarian writer’s considerable cult status to target its key demographic of elegant, educated urbanites, a move that points to an ephemeral “cool factor,” not beauty, as a new standard of fashionable femininity. As a writer of roughly Didion’s proportions (and well beyond model age), I am thrilled to see her treated as a fashion icon, but it’s clear that her brand of wealthy, cultured chic is as unattainable for most women as a bony Kloss sternum or a set of Kardashian hips. Punishing new ideals, it seems, are introduced in fashion as quickly as they’re overturned.

Curious about how these blurred boundaries between skinny and sexy register in real life, I speak to my friend Coko, who, as a busty mixed-race kid, never saw many images of herself in mainstream fashion and felt she fell outside the skinny-versus-sexy rubric altogether. “I like the idea of curvy women being in high-fashion media,” she says. “But Nicki and Kim are particular celebrities, and the clothes are made to fit them.” She’s not sure #CurvePower will trickle down to retailers. While it might be thrilling to see images of curvy bodies presented as stylish, it doesn’t necessarily translate into real women’s lives or wardrobes. On the other end of the equation, I’ve searched high and low for truly sexy lingerie, especially a lace garter belt, which I still haven’t found in my size.

I also put the question to a dozen or so guys, curious to know how they see the sexy-skinny binary right now. Refreshingly, their answers are as varied as the body types of the women they date. Daniel, a 29‑year-old photographer in Toronto and self-professed admirer of lean, petite women (his celebrity crushes are Natalie Portman and Emma Watson), attributes his tastes as much to his own size as to theirs. “I like to fit together with my partner like a puzzle piece, so my ideal body type is based more on how we feel together than how she looks to me,” he explains. “I’m not a big guy, so I normally go for petite girls.” While he’s not attracted to women with larger frames, he points out that many of them would not be attracted to him, either.

By contrast, Greg, a 23‑year-old photog­rapher from Ottawa, tells me, “I don’t think I have a type, but a good friend of mine will point out ‘Greg girls’ when we’re hanging out. Frankly, they tend to be blonde with blue eyes, chubby cheeks and a fat ass. I guess the closest celeb to this type would be Jennifer Lawrence.” Still, when I showed Greg the Victoria’s Secret “Perfect Body” ad, he conceded he’d hook up with any of the ultra-lean models in a heartbeat, even though he found their bodies off-puttingly thin and fragile. So why sleep with them? “Something to brag about to the guys, I guess?” he replies. Men’s ideas of female sexiness seem to be a conflation of raw attraction, self-​image and cultural expectations.

Looking back on my waif years, I can see that the biggest scam the fashion industry pulled on me was the suggestion that its images were a reflection of straight men’s fantasies; that my thin body was as unsexy as my curvier friends’ bodies were uncool. This was bullshit, of course, a fact I came to recognize as my boyfriends told me—sheepishly, sometimes—that they preferred smaller breasts and narrow hips or that the visible vertebrae on my back drove them wild. And, just as certainly, men have described my friend Coko as elegant and hip as frequently as they’ve called her sexy. The reality of sexiness is more complicated than a big rack and a bandage dress. The better fashion can register this, the better it can work for us—and the easier it will be to find a garter belt that fits.

This article was originally published in Flare.