Six purchases you should never put on your credit card

When NOT to charge it; a Quebec woman receives a new heart pump; protests continue in the Middle East; Health Canada announces new allergy labeling; and science reminds us that single boys are dirty. 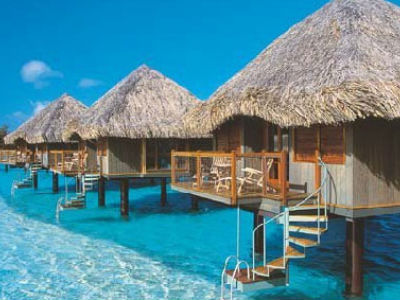 It can be dangerously easy to lay down the plastic and just say “charge it.” Thankfully, this handy article provides some spending guidelines by outlining six purchases that should never, ever be paid for with credit. Read on to see if you’ve already broken the rules: the answers may surprise you.

A woman in Quebec was the recipient of a new heart pump that is expected to significantly reduce the risk of stroke. Unlike older pumps, the C-Pulse cuff is designed to fit outside of the aorta, where it rhythmically contracts and deflates to pump oxygen to the body. Fifty-four-year-old Lauza Legere had the pump installed in December, and yesterday announced that she is feeling much better, and is able to breathe, speak and walk – all activities that previously gave her great difficulty. The pump is an improvement over older models, as no incisions into the heart or major blood vessels are required, and patients don’t need to take anti-clotting medication after surgery.

As Egyptian protesters celebrated the departure of former-president Hosni Mubarak, citizens of other Middle East countries took to the streets to protest their own leadership. In Yemen, students, activists and legislators marched in the streets of the capital yesterday, chanting pro-democracy slogans very similar to those recently heard in Egypt and Tunisia. There were also anti-government protests in Bahrain, where citizens seek greater political freedom and changes in how the country is governed.

Allergy sufferers, rejoice! Health Canada yesterday announced that food suppliers will have 18 months to adhere to new, stricter labeling laws. Manufacturers will now need to explicitly list food allergens, gluten sources, and sulphites on packaging. Ingredients currently listed as “spice” or “seasoning” will have to list any allergenic substances that may have been used.

Sometimes science reminds us of what we already know. Such is the case with a recent study that found the homes of male bachelors to be 15 times more germ-ridden than the homes of their bachelorette contemporaries. On average, the homes of single women contained less bacteria than the average home, while the bachelor residences were significantly dirtier than the average dwelling. In fact, seven out of ten bachelor coffee tables tested positive for the bacteria contained in fecal matter. Scientists say this is because boys like to put their shoed feet up on the table, and around 90 percent of shoes will have fecal matter on the bottom once they’ve been worn for three months. Thank you, science, for confirming that boys are gross.