Should wronged political wives stand by their men?

Should wronged political wives stand by their husbands during a sex scandal? And what does it mean when they don’t? 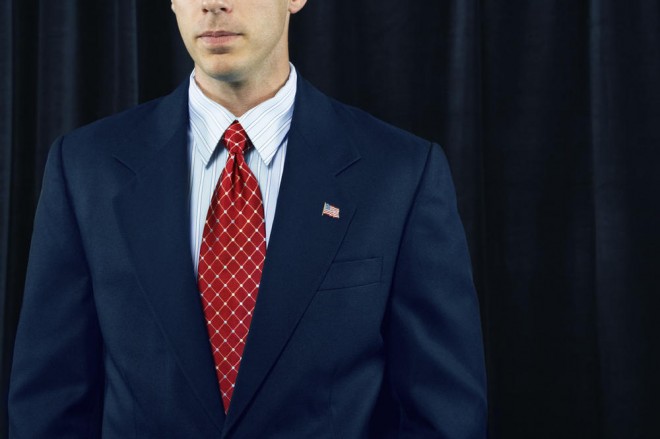 Should wronged political wives stand by their husbands during a sex scandal? And what does it mean when they don’t? It’s the strange nature of political life that makes such personal questions of public concern. And as a recent article in the New York Times by writer Katharine Seelye points out, the tide seems to be turning not only in how political wives choose to react to their husband’s scandals, but in how the public perceives their actions.

Call it The Good Wife effect, but the public is a little more cynical about the sanctity of political marriages and the manipulative nature of the I goofed-now-look-at-my-lovely-forgiving-wife-based press conference. As Seelye says, voters aren’t asking ‘where’s the wife’ anymore. They’re wondering ‘why would she come in the first place?’

For one, it helps. As Seelye’s article points out, traditionally, the appearance of a loyal wife in the midst of political turmoil could mean the difference between a politician’s professional life and death.

U.S. Secretary of State Hillary Clinton has never publicly wavered in her support of her husband, former President Bill Clinton. In 1992, when her husband was running for office and faced accusations of infidelity during his tenure as governor of Arkansas, she defended him vigorously. Six years later, when he was the sitting president of the United States and his relationship with former White House intern Monica Lewinsky was revealed, Clinton remained a loyal (if slightly less vocal) supporter.

More than a decade after Clinton’s humiliations, her personal aide Huma Abedin has chosen an alternate route to dealing with her husband former Representative Anthony Weiner’s troubles. Abedin left him to face the music on his own. She hasn’t issued a statement of support (or rebuke) and she hasn’t been at her husband’s side during any of his humiliating press conferences. Her actions reveal a ‘see ya, wouldn’t wanna be ya’ mentality, and one that puts responsibility for political salvation or damnation on Weiner himself.

Abedin’s actions are being trumpeted by some as the rise of a professional class of women who are too smart to play “the good wife”. But her victory may be even more significant—and far subtler than a simple confirmation of some kind of superior socio-economic status. By keeping her thoughts to herself, she’s won something other political wives surrender when they stump for a chump. That victory: her privacy.