Should we police bad fashion choices? Florida thinks so...

We all have opinions about what everyone else should or shouldn’t be wearing and definite thoughts about what their choices mean. 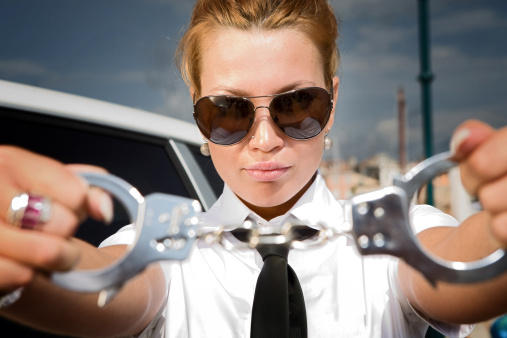 I recently interviewed a style expert for a story about etiquette and she had fairly firm opinions about what’s suitable for work, particularly during the tube-top days of summer. About halfway through the interview, which was conducted over the phone, I realized that I was wearing one or two items that this authority figure would group under the heading “grossly unprofessional.” I didn’t take it personally, but I was glad she couldn’t see my too-casual jeans or my uncombed hair over the phone.

We all have opinions about what everyone else should or shouldn’t be wearing and definite thoughts about what their choices mean. Last summer, I saw an 11-year-old girl wearing a visible thong and I was horrified. I gave vent to my inner maiden aunt (she sounds a lot like my outer maiden aunt, if you’re wondering), sputtering and moralizing about the decline of western civilization.

Maybe it’s a good thing the style expert and I have no power to affect other people’s clothing choices. If we did, my jeans would be replaced by a pencil skirt, my hair would be combed into a prim bob, and that 11-year-old, now 12, would be tucking her earrings into her granny panties.

What would happen if personal preferences about clothing and appearance, which could just as easily be called prejudices, entered the political arena? We may find out as some areas in the U.S. begin to invade the individual’s closet space.

In Florida, legislators are proposing a ban on young men wearing their pants low or “saggy.” If the bill passes, boys who show their briefs will be suspended from school. Personally, I’d love to see the pants worn-low trend disappear. I groan when I see a young man dragging his jeans around his thighs. When I see a grown man sporting the same look, I cross the street. He may be harmless, but I don’t trust a beltless man.

I’d love for boys and men to decide they want to look like boys and men rather than parodies of hip hop stars or some perverse proxy of a prison inmate. But I’ll bet the style writer wishes I’d make some more mature fashion choices, too. For one, that I stop wearing jeans to work as if I were a teenage girl on a co-op.

Here’s hoping both she and I will have to settle for merely venting our opinions, however, and that Fashion Police remains an innocuous term rather than a reality, unless of course you would prefer a world where everyone is decked out according to the aesthetic sensibilities of the nearest elected municipal official?

I don’t know about you, but I can’t pull off pleated slacks with a short-sleeved button down.