Should we ban texting in public places?

Do your remember what life was like before smartphones? When you didn’t give your email a second thought because you were having too much fun with your friends to notice? Neither can I. But I’m sure it was lovely. 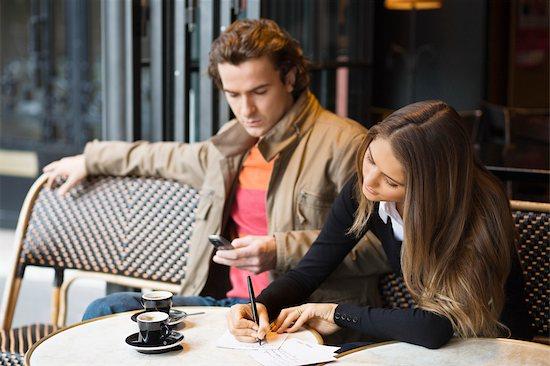 Do your remember what life was like before smartphones? When you didn’t give your email a second thought because you were having too much fun with your friends to notice? Neither can I. But I’m sure it was lovely.

The days of uninterrupted conversation with friends and family and quiet evenings at home minus work emails are long gone thanks to the Blackberry, iPhone and other mobile devices that keep us plugged into the wall of narcissism.

We may be in thrall to the smartphone’s addictive technology, but that doesn’t mean we have to entirely surrender to its persistent pings. We needn’t abandon our manners—at least not all the time—and text during a date or check our phone while having coffee with a friend.

And yet, we do. And so often it’s driving our friends, family—even strangers—crazy. As a recent article in Maclean’s points out, public texting—at funerals, social gatherings, even during first dates—has reached absurd levels of ubiquity. And this epidemic of “cell-fish” behaviour as Maclean’s dubs it, has amped up annoyance levels worldwide.

The piece cites several studies linking intense aggravation to cell phone misuse; one UK survey found that most people would rather watch a person pick their nose than use a mobile phone in front of them. (Personally, I’d rather watch someone text, but I get the point.)

Some are so fed up with the rudeness of excessive public phone use that they’ve likened it to smoking, arguing that like smoking, it should be banned in many public places.

The parallel to smoking may sound extreme, but there may be a connection between the two activities. A 2008 article in the American Journal of Psychiatry suggested that excessive texting qualifies as an obsessive behaviour or mental disorder. Other studies have shown that texting triggers the brain’s reward system in much the same was as heroin does.

Are many of us becoming addicted to texting? And if so, how do we pull back the reins and in so doing reduce aggravation levels worldwide?

While few can afford to go cold turkey on texts and work emails—unemployment isn’t really a viable option—we can take a staggered approach. No texting at funerals or during dinner parties and movies sounds like a good start.