Should we adopt a rescue dog?

If I'm going to get a dog, it's going to be a rescue. Carla Collins laughs me through some tips. 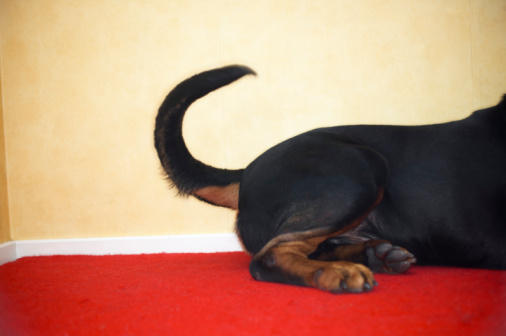 I can feel myself weakening in the fight to get a dog.

My daughter has been asking for a dog for a couple of years now. My latest excuse was, “It’s winter. Let’s wait until spring!”

Since I often forget that my daughter now has something called a “memory” and knows what a “promise” is — why does she have to be so smart? — she often brings up the fact that I promised to get a dog in spring. (“Often” meaning “daily.”)

I grew up with dogs, always from the Humane Society. So if we were to get a dog, it would be a rescue dog. Comedian Carla Collins apparently knows a lot about rescue dogs. Her recent book Angels, Vampires & Douche Bags just happened to arrive on a day that my daughter mentioned three times that it was “almost spring.”

The whole book is laugh-out-loud funny, but what really caught my eye was the chapter about dogs. Collins, at one point, had five rescue dogs, all adopted from the Humane Society and shelters in Toronto. Their names were Whiskey, Buster, Big Red, Bugsy and Odd Job.

Reading about Carla’s dogs, I was torn. As she writes, “We rescued Red when he was two years old. His paper work was iffy from the start and he was listed as both a stray and a three-time surrender. The last couple brought Red back to the shelter because he had eaten two of their loveseats and an entire Lazy Boy recliner. When we first brought him homes, Whiskey and Buster did not know what to make of this dog that appeared to be jacked up on coke.” Funny, yes, on paper — but could I deal?

Carla’s dog ate everything, including several pairs of Manolo Blahniks. Now that definitely brings a tear to my eye!

But a promise is a promise, and my daughter isn’t forgetting anything. There was no one better to ask about rescue dogs than Carla Collins. Also, a portion of the proceeds from her book is going to the Bark Avenue Foundation, which is a good thing.

1. Accept surprise: Collins currently has two rescue dogs: Dr. Zira, a three year old chihauahua/miniature Pinscher mix (“I’m convinced she would talk like a 1940s femme fatale if she could”) and Miles, a “True Heinz 57 mutt.” “We had Miles DNA sampled,” she says. “How crazy is that? We were more than a tad surprised to find out that he is mainly Chihuahua and Great Dane! I don’t really want to imagine the logistics but am convinced a trampoline may have been involved.” So, you never know what you’re going to get, but Collins says they are the “two most affectionate dogs on the planet” and will “actually spoon you.” (Okay, a positive for getting a rescue dog!) Not only is it kind of a neat surprise to find out what kind of dog you get, but they can be really affectionate.

2. Fall head over heels: The love of a getting a rescue dog seems unmatched. When Carla lost Buster, her first rescue dog, she got a tattoo of his paw on her left rib cage. “It is my first and only tattoo because I wanted him close to my heart.”

3. Your dog picks you: She believes that when it comes to rescue dogs, you don’t choose them. “I think he or she chooses you.” However, she says you must do your homework before going to a shelter or to the Humane Society. If you have an apartment, you shouldn’t adopt a Husky, for example. Some breeds are also more suitable for children, she adds. “Dogs are a big commitment and it’s crucial to devote a lot of time and consideration into what type of dog would be a good match for you, your family and your lifestyle.”

4. Give it time: Dogs, she says, are only as good as their owners. “Most pooches just need someone to be patient with them, train them properly, make them feel safe and show them a lot of love and attention. You know, pretty much the same rules that apply to men.” (HA!)