Reports are surfacing that the Royal family has asked the younger Middleton sister to tame her ways -- but what exactly is she doing wrong? 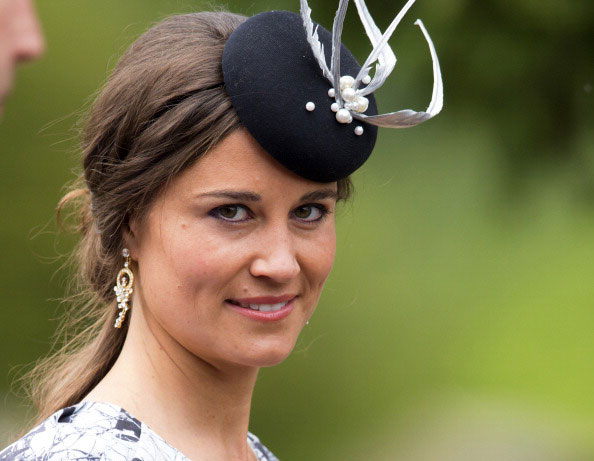 In a scandal-plagued culture that’s grown well used to — if not utterly indifferent to — the cringe-worthy foibles of such characters as former child star Amanda Bynes, Toronto Mayor Rob Ford and the hyper-articulate amphibian known as Charlie Sheen, you have to wonder if Pippa Middleton’s pert derriere and high flying social life really rates as a subject of concern.

For the House of Windsor, apparently Catherine Middleton’s younger sister does. Or that’s what some news outlets, including The Daily Beast, are reporting.

According to royal insiders, Pippa has been told by palace officials to keep a lower profile. Reportedly, she’s complied with a few of the requests and has curbed some of her more public appearances of late.

How concerned are the Royals that Pippa, by her actions and behaviour, which has been fairly tame thus far, might detract from the fairytale marriage of Kate and William and the new Royal baby? It’s hard to say. I don’t speak to the Queen that much anymore. But Daily Beast writer Tom Sykes, who apparently does have a lock on the inner workings of Buckingham Palace, likens palace paranoia about Pippa to the fears and anxieties once caused by that other Royal wildcard, Sarah Ferguson, aka, Fergie, the former Duchess of York.

But as Sykes points out, Pippa isn’t a Royal. (And at the moment, I would argue the sensible-seeming Pippa really doesn’t deserve to be thrown into Fergie-toe-sucking-scandal territory!) The younger, working Middleton doesn’t draw an income from the monarchy but makes a living working for the family business.

Sykes implies that it’s Pippa’s status as a working gal — albeit a fairly well-off one, the Middleton’s aren’t exactly short of cash — that makes her an entirely different animal among the royal elite, regular person status that may explain the excess of caution surrounding her public persona. Now that she’s gotten a new gig with Vanity Fair as a contributing editor, her visibility will only increase, especially in the U.S., which has further deepened anxieties.

What Sykes and other commentators fail to wonder, however, is whether or not palace paranoia about Pippa, if indeed it exists, is justified. What is Pippa doing, other than dating, going out, and pursuing a career that’s potentially so worrying? Basically, Pippa is living like most unattached women her age — though in far grander style — and if that’s all that’s got the palace concerned then it may be time for the House of Windsor to use its immaculate white gloves to dust off its antiquated notions about women.

Do you think the Royal family is right in their concern about Pippa? Or should they let her live her own life? Tell us in the comment section below.