Should public spitting be outlawed?

Should an individual be fined for spitting on the sidewalk, in a public park or next to you as you wait for the bus? That’s the question Atlantic Wire writer John Metcalfe poses in a recent blog post for the site. 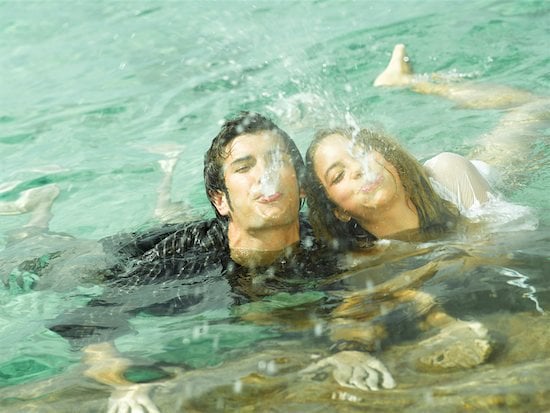 Should an individual be fined for spitting on the sidewalk, in a public park or next to you as you wait for the bus? That’s the question Atlantic Wire writer John Metcalfe poses in a recent blog post for the site.

Public spitting is a disgusting habit and an all too common one at that. You can’t go for a walk to the grocery store without seeing (even worse, hearing) a fellow citizen deliver up a capful of sputum on the street. But should cities and individual communities clamp down on public spitting by applying fines or enacting legislation to curb salivary-gland enthusiasm? A few already have.

As Metcalfe points out, in the U.S. a few States have longstanding anti-spitting laws. These laws were originally designed to protect public health during the TB era. But these laws aren’t so archaic that they’re not still in force. Metcalfe cites a recent case in Daytona, Florida in which an 18-year-old was fined $100 for offering up an oyster shell’s worth of phlegm to the sidewalk unbidden.

In Vancouver you can be fined for spitting on public property—though enforcement may be left up to individual police officers that no doubt have more pressing concerns than whether or not a citizen can hold their phlegm.

Spit on the ground and you’ll probably escape censure, but spit on a person? Well, that’s trouble. And rightly so. Recently a Toronto man was charged with assault after he spat in the face of a TTC worker. He received 21 days in jail and 18 months probation.

What is it about hawking up bodily fluids that is so darn appealing? Metcalfe provides one or two explanations for why people, men in particular, make a habit of spitting on the street. He cites a research study indicates we were spitting for kicks as far back as 2,000 years ago. Another theory: men, like dogs, mark their territory with saliva.

Perhaps as a compromise between spitters and non-spitters, communities can create outdoor enclosures where spitters can hawk/mark their soggy territory to their heart’s content?