In Malls, I Search For My Mother

West Edmonton Mall, in particular, houses many of the memories we made together. 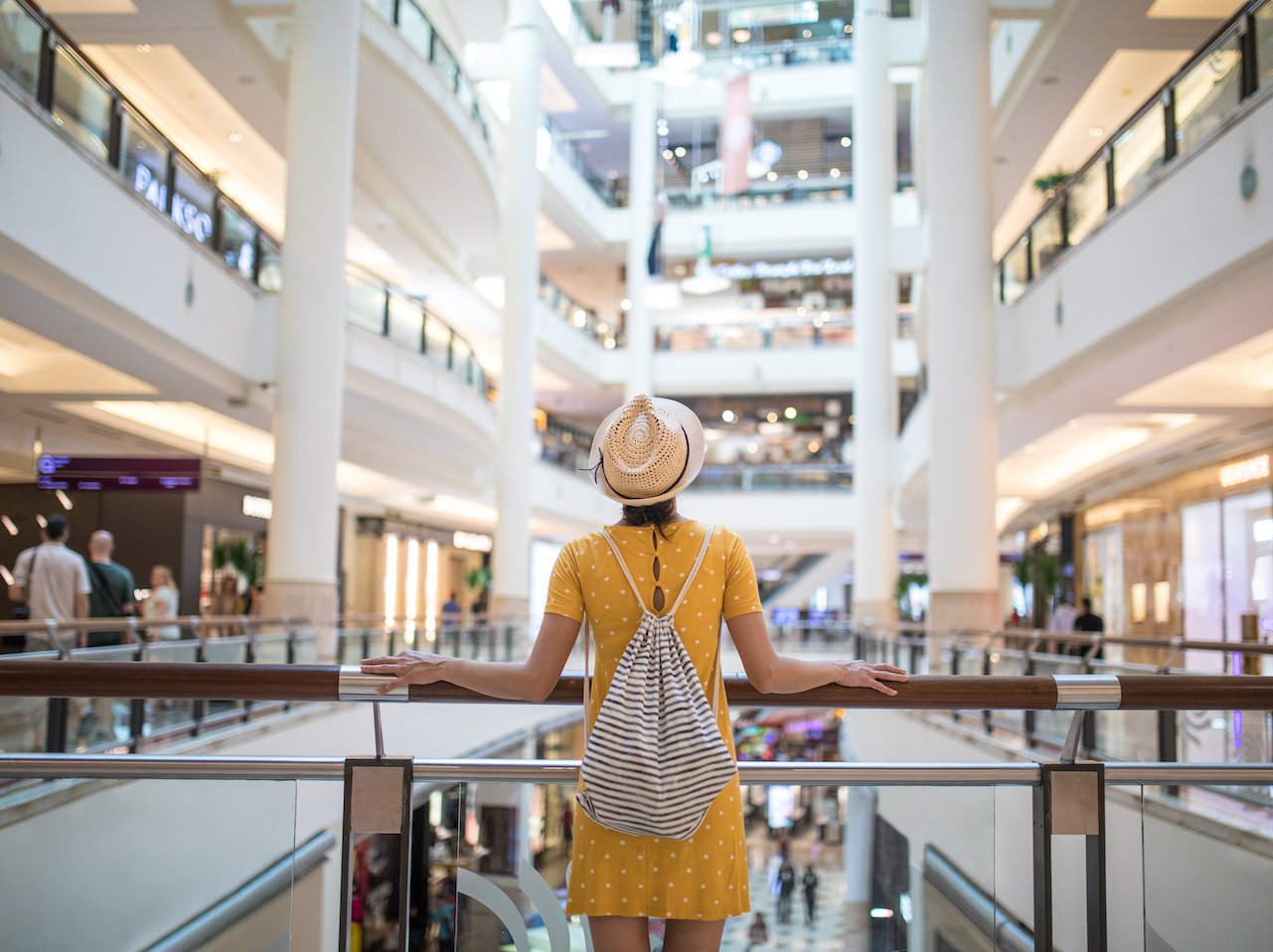 Every Boxing Day while I was growing up, my mother and I would wake up around 7 a.m. so we could arrive at West Edmonton Mall earlier than the rest of the crowd. We’d begin in the southwest corner at Eddie Bauer, then to Old Navy—always one of the first shops to open—and then Gap, stopping at whichever other stores had the biggest signs and tallest piles of clothes yet to be mauled by shoppers. West Edmonton Mall is well-known for its size; a concrete behemoth spanning 5.3 million square feet and yet, my mother and I knew every corner and we were strategic in our approach. We’d take a break at Tim Horton’s on the second floor, underneath the clear-span, glazed dome roof, and watched people skate below us on the Ice Palace rink. When we were done, we’d sit in the car feeling the gratification of having made good purchases while sharing a box of Purdy’s dark chocolate hedgehogs.

When my family first immigrated to Canada from the Philippines in 1998, I was four and West Edmonton Mall seemed like a city within a city. Equipped with an amusement park, indoor water park, a replica of Christopher Columbus’ Santa Maria and more than 800 stores, it was once promoted as the “eighth wonder of the world.”

As a kid, a family trip to the mall every Saturday meant a meal at one of the two food courts, bubble tea to go and the Galaxyland amusement park. My favourite ride was a miniature green-dragon roller coaster. While my older brother and sister boarded rides I was too short to go on, my mother would watch me sitting behind the neck of the dragon’s head, almost always the only one on the roller coaster, demanding another go after the dragon came to its eventual halt. Even though I’d ridden it countless times, the ride still scared me. While circling the seemingly endless track, I’d keep my eyes on my mother and she’d smile back, a visual reminder that I was safe.

You could say the love of malls is almost ingrained in Filipino culture. Whenever we went back home, our itinerary consisted of going from one mega mall to the next. My lola, my mother’s mom, would come with us when we went to haggle at Green Hills, a shopping centre in San Juan, Metro Manila that sells fake designer goods nearly identical to the originals, among other things. My mother was always too soft-spoken and hesitant to negotiate prices. Instead, she’d point to a Michael Kors replica, admire its stitching and interior, and ask “magkano ito?” or, “how much is this?” At which point my lola would step in, slashing the price immediately by half with a fiery determination that ensured her daughter would always leave victorious from the transaction.

Nowadays, in North America at least, department stores are closing and malls—where I came to know both myself, and my mother, in the most formative years of my life—are in decline. Going to the mall is now a deliberate outing (or an impossible one during a lockdown), rather than the everyday destination it was when I was a teen. On the rare occasions that I do find myself at one, I can’t help but feel the passage of time—and the distance I feel from my mother, who I remember less and less each day.

In November 2009, My mother was diagnosed with stage 3 ovarian cancer. When she had her first round of chemotherapy a month later, she returned to work at the bank the next day. After the second round, she started to feel weaker, vomiting intermittently, and began to lose her hair. My sister and I sat behind her, untangling the dark brown clumps which separated effortlessly from her head into the small palms of our hands.

A few days later, she decided to shave her head. Afterwards, we went to the mall. She picked out Coach and Louis Vuitton head scarves and eyed one of the kiosks selling wigs. Peeling off a medium-length brunette wig with bangs from one of the mannequins, she held in her hands what used to be her exact haircut. “That’d look perfect on you,” the sales woman said. My mother smiled and handed it back.

When my mother received her diagnosis, the doctor said she would live for another five to 10 years; in reality, it turned out to be four. I was unable to comprehend at the time just how brief those years would eventually seem. That said, there were still plenty of trips to the mall, sneaking cinnamon buns into the movie theatre and quarrelling in change rooms.

When my mother died in 2013, I was 18. Going through her closet, I held each item with unsteady hands, each sweater or scarf a physical representation of the memories we created together. I saw the brown turtleneck sweater from Jacob she spent half an hour debating buying, the soft, denim Ralph Lauren jumpsuit I convinced her to try on and the light-grey cardigan she secretly bought at Winners when my dad stepped out to go to the bathroom. While I stood staring at her belongings, soon to be boxed up and donated, the memories of our seemingly trivial outings for discounted shoes and La Vie En Rose pyjama sets transformed before me into an all-encompassing wave of grief, nostalgia and gratitude. I only kept a pair of boxers I still sleep in.

I haven’t been to West Edmonton Mall in over two years, since I moved to Toronto. Even before I left, many of the shops my mother and I spent hours in had closed. I can’t remember the smell of walking into The Bay, where my mother would buy her Clinique Happy perfume, or the feeling in my stomach when the green dragon roller coaster would jolt, riding in endless circles under her kind, watchful eyes. I forget the sound of her voice when she would wake me up on Boxing Day morning. The mall itself seems smaller now (and its tackiness more pronounced), but still, I look forward to revisiting it some day, even just to remember something I may have forgotten about my mother otherwise.