The Lean In creator is advising men on the benefits of supporting their wives' professional ambitions. Sex shouldn't be one of those perks. 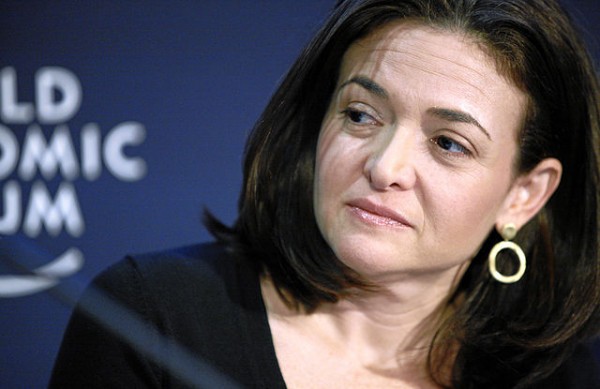 Accomplished, smart, dynamic, glass-ceiling-smashing Facebook COO Sheryl Sandberg makes for a great feminist heroine, but as a feminist activist she can seem out of touch. Her genuinely important and inspiring Lean In project, which encourages female ambition and professional achievement, has been (not unfairly) criticized for overlooking the needs of women who are more focused on finding decent daycare on a minimum wage salary than vying for a corner office.

That being said, feminism is a big, big tent, with plenty of room for many agendas. If Sandberg wants to use her power and massive platform to talk about female leadership, I’m all for it. And if she wants to expand that conversation to include men and how they can participate in this movement, even better. Her newest initiative Lean In Together, which encourages men to step up to support equality for women, has some great practical advice for being allies and supporters.

But (of course there’s a but) her recent New York Times op-ed piece (co-written with Adam Grant, a psychologist and a professor at the Wharton School of the University of Pennsylvania) takes a serious struggle — the continued disparity between men and women when it comes to housework and childcare — and treats it like a corny sitcom bit. They write, “[Sheryl] has advised men that if they want to do something nice for their partners, instead of buying flowers, they should do laundry. A man who heard this was asked by his wife one night to do a load of laundry. He picked up the basket and asked hopefully, ‘Is this Lean In laundry?’ Choreplay is real.”

Cute as it may be, the phrase “chore play” is icky, as is the claim that the way into a woman’s pants is to clean the mouldering produce out of the crisper. To back this up, Sandberg and Grant point to studies indicating that a more equitable sharing of chores leads to women feeling happier and less stressed in their relationships, and that more equitable partnerships seem to also be more intimate and affectionate ones.

All that sounds terrific, but, still, the picture I get in my head is a frazzled working mother gratefully shelling out a dollar to each of her kids for walking the dog and then turning to unbuckle her husband’s belt for a quickie because he emptied the dishwasher. The tongue-in-cheek framing of “chore play” as a tit-for-tat arrangement (forgive the puns) entrenches the idea that housework is a woman’s responsibility and implies that women don’t enjoy sex for sex’s sake but dole it out as a prize for good behaviour.

The article goes on to explain the other benefits men will receive for participating in household duties and childcare: fewer heart attacks! higher job satisfaction! Somehow, though, it neglects to point out the obvious: that dudes shouldn’t require incentives to clean up their own mess, wash their own dirty underwear and look after their own kids.

Do men really need what a friend of mine calls “a feminist gold star” every time they take care their own responsibilities? Do guys really need to be shown what’s in it for them in order for them to support equality and fair treatment? A lot of men I know would find it insulting to be told that they deserve applause for merely acting like a decent human being.

That sounds right: treat women with respect because they are somebodies in their own right. And don’t do laundry because you want to get a little action, do it because it’s your turn. But you can still go ahead and buy your partner some flowers — because that really is nice.