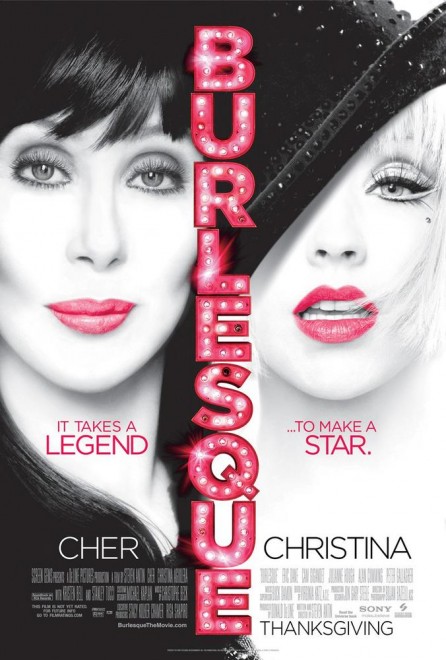 In theatres
Burlesque, the musical/drama starring Cher and Christina Aguilera, has just hit theatres across the country. Aguilera, who makes her acting debut in the film, plays a naïve young performer looking to make it big in L.A. Her first stop in Hollywood: a tassle-shaking burlesque club run by Cher (please send us the address!).

Bring some earplugs…because you know Xtina is going to bring it during all her numbers.

Hitting the shelves
Kanye West is back with a new album. His latest, My Beautiful Dark Twisted Fantasy hit stores this week. By all accounts it’s a pretty amazing return to form for the emotionally volatile entertainer. Critics are calling it his best work yet. Maybe they didn’t see Kanye’s recent Today Show interview because that was pretty great work in its own way, too.

In the tabloids
Kate Middleton and Prince William have chosen April 29, 2011 as the date for their wedding, the most anticipated celebrity wedding of the year (take that Heidi and Spencer!). The Prince and his “middle class” princess will tie the knot at the historic Westminster Abbey in London.  The really good news: British PM David Cameron has declared Friday April 29 a holiday in the UK, giving Britons a four-day weekend to celebrate/recuperate from royal wedding mania.