Kids like their sugary drinks and while schools may attempt to limit their intake by banning them from cafeterias and vending machines, sweet-craving youngsters, it seems, will get their hands on chocolate milk and pop regardless. 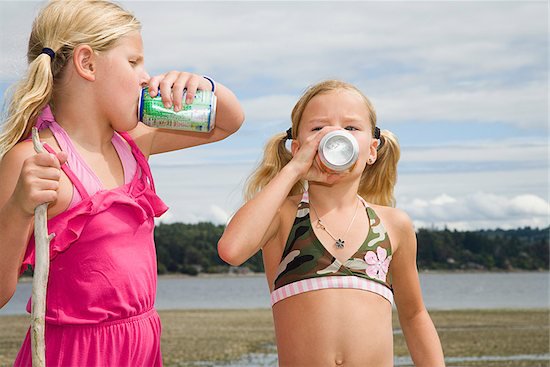 Kids like their sugary drinks and while schools may attempt to limit their intake by banning them from cafeterias and vending machines, sweet-craving youngsters, it seems, will get their hands on chocolate milk and pop regardless.

A new US study (via Time.com‘s Healthland site) indicates that bans on sugary drinks in schools have yet to make much of a dent in overall consumption among children. The reason: kids find them elsewhere.

For the study, researchers looked at the drinking habits of nearly 7,000 eighth graders throughout the US. The results revealed that recent school bans on sugar-sweetened beverages have had a negligible effect. According to the researchers, there’s only been a two percent decline in the consumption of sugar-sweetened drinks among kids. In contrast, researchers found that 66 percent of kids said they had access to sweet drinks from other areas and 30 percent said they drank sugary drinks at least once a day.

The study reveals, however, that a simple ban may not be as effective in curbing consumption as educators and parents may have hoped.

Jamie Chriqui, one of the authors of the study told Time’s Healthland: “Schools are absolutely an important piece of the puzzle, but not the only piece, and that’s the main message of this study.”

Some changes the study suggests include offering a wider variety of healthier beverage options.

On home turf, however, many pediatricians believe parents may strike a blow against excess weight gain by kids by keeping pop, fizzy and energy drink purchases to a minimum.