The world according to David Suzuki's daughter

Sarika Cullis-Suzuki, a new mom and PhD student in marine biology, has gone into the family business — saving the planet. 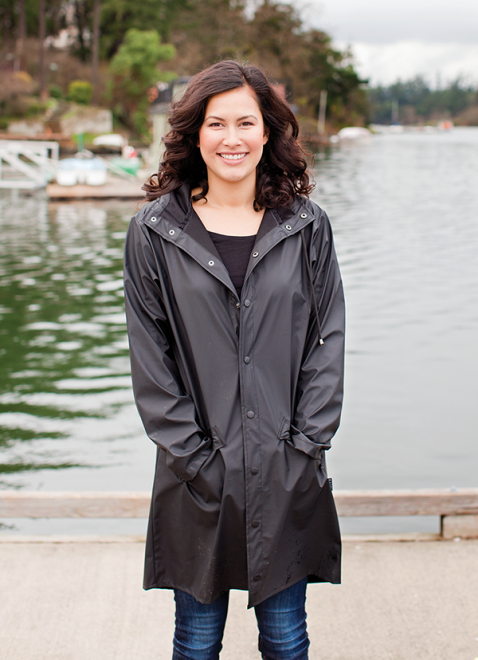 Following in your parents’ footsteps can sometimes mean taking over a restaurant or going to law school. For Sarika Cullis-Suzuki, daughter of writer and activist Tara Cullis and famed Canadian environmentalist David Suzuki, the family business is saving the planet. “Ever since I was young, I can remember my dad talking about the end of the world,” says the 31-year-old Vancouver native. “He really is that guy.”

So when, at age 19, Sarika decided to pursue an undergraduate degree in marine biology, she was surprised to encounter skepticism from her parents. “I thought, ‘What a strange reaction!’ But they knew that once I started researching [the state of oceanic ecosystems], I would find out all the bad stuff.” The youngest Cullis-Suzuki was undeterred. Sarika joined the board of the David Suzuki Foundation in 2011 and starred alongside her dad in “The Suzuki Diaries” on CBC’s The Nature of Things. This spring, she’s set to complete her PhD at the U.K.’s University of York on the effects of human-generated noise (like boat engines and underwater drilling) on marine life in the Pacific Northwest.

Sarika’s hands-on involvement with the natural world started at an early age. By two, she had caught her first fish and tried her hand at snorkelling. She was also on hand when her older sister, Severn, then 12, addressed world leaders at the 1992 United Nations Earth Summit in Rio de Janeiro. When Sarika travelled back to the idylls of Quadra Island, off the east coast of Vancouver Island, as a doctoral candidate, it was to study the fish she swam among as a child.

These days, she divides her time between working with the David Suzuki Foundation, wrapping up her dissertation, tooling around Victoria with her partner, Chris, a river-rafting guide and fellow PhD student, and caring for their son, Ryo, born last September. “My thesis was due the day before my baby was, so you can see which one of those was not planned,” she says.

Many new parents struggle with the notion of legacy — what they will leave behind for their children. That question is especially pertinent when you’re an environmentalist. “I spend a lot of time with my nephews, who are so curious and engaged with the natural world,” says Sarika. “My son is too young at the moment, but I want to take them all to see these beautiful things before they’re gone.”

Whether Sarika’s primary focus becomes academia, media work (like her 79-year-old dad) or helping to shape policy on Canada’s coastal oceans as part of an NGO, her family will always be a huge inspiration for her work. “My mother always said environmentalism is like global housekeeping. I think that’s a really beautiful way of looking at the world. It’s about taking responsibility and doing something.”