The Juno-nominated singer-songwriter would spend the day in her hometown snowshoeing, building a wood-fire hot tub in her backyard, and daydreaming 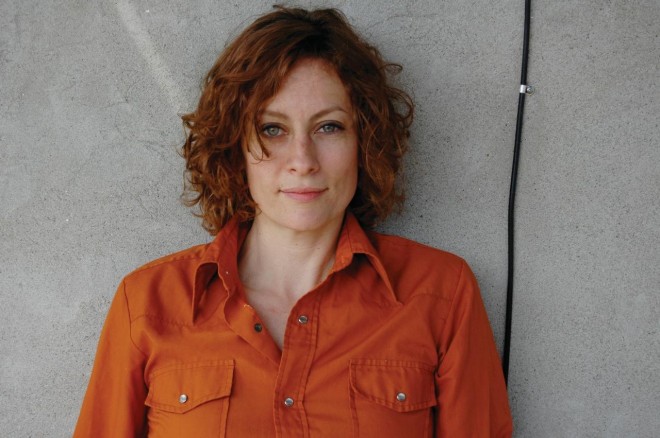 Sarah Harmer is known for her love of nature and her commitment to seeing it flourish, and so it’s not surprising that when the Kingston-based singer-songwriter isn’t on the road, there’s nothing she loves more than to head to her home in the stix to enjoy the “wild space.”

Taking time out of her busy touring schedule, Harmer sat down to share her perfect Saturday with Chatelaine.com. Harmer’s latest album, Oh Little Fire is nominated for Adult Alternative album of the year at this year’s Juno Awards. (Watch the Junos March 27 at 8 p.m. on CTV.)

On Saturday, a perfect day for me is when I don’t have to get into my car and I can have friends come and visit and we can have some delicious food and coffee and conversation. I would be at home, just north of Kingston. The fire would have burned all night so I wouldn’t have to start it when I woke up. That’s always a good sign that I stuffed it enough before I went to bed. It’s still going [when I wake up] and I’ve got cream in the fridge and some good coffee to make my stovetop espresso. I feel like I’m on the move a lot so I like it when people come visit me. Ideally my friend Jay, who has chickens, might show up with some fresh eggs because there’s nothing better—we could cook up a nice omelette with some delicious [bread from] Pan Chancho, which is a Kingston bakery that I love. Their olive-rosemary bread is amazing.

There would have been a fresh snowfall and I could have a good snowshoe around. This time of year, that’s a pretty sweet way to get out and do some hiking. I live in the country so there’s lots of open space and interesting places to explore behind my house or across the road. My neighbour has a few hundred acres and he’s very generous with letting us pretend that it’s ours. He’s a great neighbour. When you walk you see all the tracks [in the snow] and realize how many critters there are out there. I’ve seen coyotes and foxes and owls. There’s a lot of wetland and marsh, upland forest from the wetlands. Last year around this time a black bear was seen like a country mile away from where I live. I’ve never seen any or even any bear prints. But there are bears.

I just had an owl fly right into an elm tree right near my window about two weeks ago, a Bard owl. He just sat and looked at us through the window. I was really glad that I didn’t let my new kitty outside.

We may go skating at the Cataraqui Conservation Area, which is really nice. I’ve got a ping-pong table in my basement, so that’s another recreational thing to do. It’s nice catching up with friends when you’ve been away: catching up on the local gossip and seeing what’s going on. I have some really wonderful friends and I do really value a good, relaxing hangout session.

I love when friends hang out and do something productive. We built a sauna in my backyard, probably ten years ago now, but that was a really fun thing we did because it was a handmade sauna. It’s a rewarding thing to work on something with friends—build something that you can use over the years. I just bought a wood-fire hot tub when I was on tour in Washington State so I actually need to have a little work party to assemble it so that would be a pretty awesome Saturday: to have a big gang of friends over and cook up a nice brunch with lots of coffee and crank some lively tunes and have my friends (hint, hint) help me assemble this thing. They’re going to enjoy it too, so it’s only a little labour up front. It’s apparently only a four to six hour assembly. It’s like a big Japanese soaking tub. You can go to Snorkel.com to see it. My friend Carolyn Mark, a musician, she told us about it because she knows the people that own the company in Seattle. I went by the warehouse when I was on tour and had it fork lifted onto the trailer.

I’ve gone through phases where I like to cook and stuff but I’m not really domestic. I’m only usually home for a short few days at a time, so usually I have to bomb out and get the basic supplies. A perfect dinner is one where I share it with good company. Georgian Bay whitefish would be amazing on the barbecue.

I like a lot of alone time. I can spend lots of time alone by myself happily. I read, play guitar, do laundry and chores, look out the window and just daydream. That is the most satisfying for me, if I write a song or write something—a letter— that I’m happy with.

I usually have a few books on the go at once. I read a lot of non-fiction these days. I just finished some fiction, though. It’s called The Wampum Keeper. It’s set in 1651 in and around the Niagara-Southern Ontario-Escarpment area, during the time of the Iroquois, Huron and Neutral Indians. It’s by Pat Montague. I first learned about the Neutral when there was an archaeological dig done on our family farm about six years ago. They discovered a cabin site with post molds of this longhouse and all these artifacts—French trading beads—they dated it to the 1620s and it was a Neutral site. I found out about this book and ordered it online. I grew up thinking Canada was so young and that we started 150 years ago, but actually there was a complete culture and civilization happening in our midst.

I struck up a conversation with a gentleman on an airplane and he recommended a book I’m interested in reading. It’s called Story As Sharp as a Knife. It’s by Robert Bringhurst. I don’t know much about it other than the enthusiasm with which it was recommended!

I’d stuff the woodstove before I go to bed. That’s definitely the last thing I would do.