Comedian Samantha Bee never expected she'd have to defend Canada because of a crack-smoking mayor. But here we are... 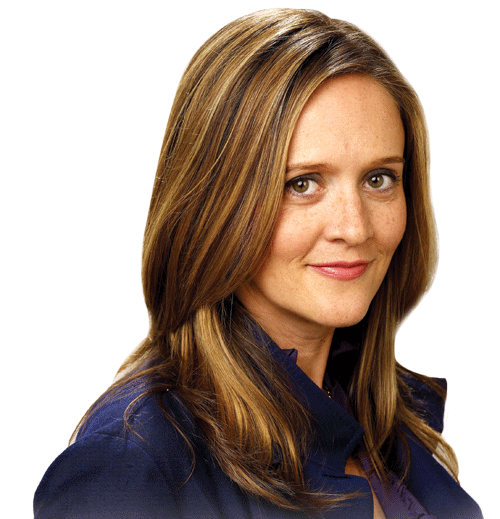 When you travel around the world, and you are in possession of a Canadian passport — let’s be honest, you get used to hearing compliments. What can I say? People have the nicest things to say about Canada and its people. We’re polite, we have health care, we know how to queue properly, we’re humble — the list goes on; it’s enough to make an entire nation blush with pride. But let me tell you about something that happened to me the other day here in N.Y.C., where I currently reside.

I was at the bank, when I happened to mention to one of the tellers that I was heading to Toronto for a few days. Her eyes immediately brightened and she exclaimed, “Oh, I love Canada!” I prepared my usual response, of course: an unassuming smile, an unspoken admission that yes, yes, she’s right to love us, we’re terrific. Except that she continued. “Yeah, Canada is great! Wow, how about that Rob Ford, huh?” And then I had that same conversation 10 more times, with 10 different strangers, or maybe it was 20.

So you see what I’m saying here: We are now Canadians living in a post-Ford world. Go ahead and let that sink in for a minute. I’ll wait.

I’m sure we can all agree that, whatever you happen to think of him, the situation is profoundly sad to say the very least. Sad, horrible, embarrassing, controversial, all of those things and more. There’s no reason to scroll through the list of offences; everybody knows all the sordid details. In Tokyo, they know all the sordid details. And since the writing of this piece it’s quite possible that even more sordid details have emerged.

It’s tough. We haven’t really had a disgraced political figure before who piques people’s interests so powerfully, and the truth is, we aren’t used to this kind of attention; we value people’s positive opinions of us. And so the question has been asked: Should we be worried about this as a nation? Could this damage all the goodwill we have built up over time? Does one shady mayor cancel out our clean streets, our (mostly) civil discourse, our musically gifted astronauts? When people now think “Canada,” do they also think “den of iniquity”?

I think not. In fact, the more people I talk to about it outside of Canada, the more people admit they have a new appreciation of this great country of ours. On the surface, it makes no sense. (And yes, by the way, I realize it’s not funny or amusing to try to keep a city functioning in the shadow of all this offensive behaviour; it’s a trying time for Toronto.) But you know that old expression “All publicity is good publicity”? It’s usually true. It’s not always true, of course; sometimes it’s most decidedly not true; but in this case maybe it actually is. Rob Ford’s personal and professional issues aside, I have heard Canada’s name on more people’s lips lately than I have since the Vancouver Olympics, really. People are saying the word Toronto with relish, and that’s a good thing (she said hopefully).

Maybe it makes other countries feel better about the public scandals they have gone through themselves in the past. I don’t know; maybe it takes a debacle or 10 to make some people want to come check out your great restaurants and fantastic cultural offerings. I’m trying here — I’m really trying to frame this in a positive way. Come on, everybody! This could turn out okay for us, in the long run! Right? RIGHT?! We have freaky, freewheeling politicians too! We don’t always have to be the ones getting our homework done on time and scoring straight As. Let the dog eat our homework for a change. Maybe we’re not as polite as everybody thinks. Maybe we butt in line sometimes too!

Actually no, skip that, we would never do that. But people should come and see us anyway.