In this year’s CBC Massey Lecture, Sally Armstrong lays out how biased our society still is—everything from medical research to office temperatures is geared to the male experience. 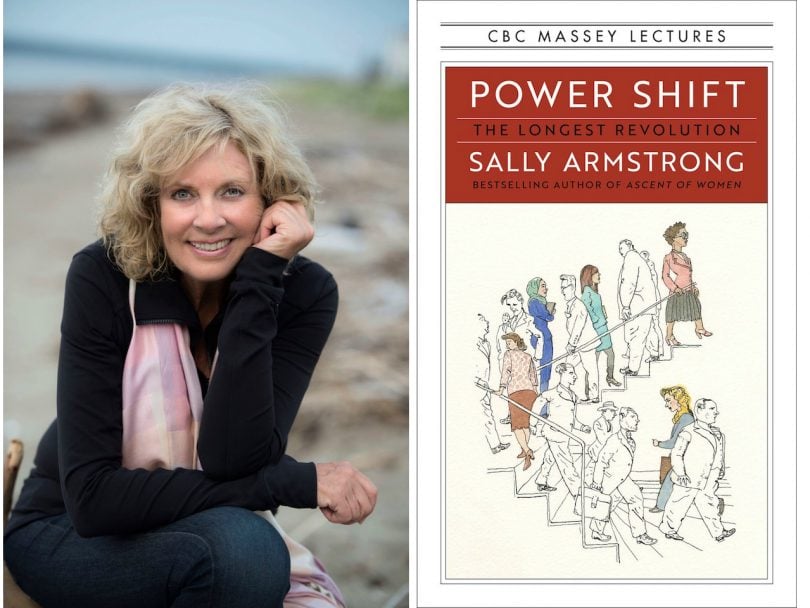 In the 2019 CBC Massey Lectures, human rights activist Sally Armstrong argues that humankind requires the equal status of women and girls. This essay has been excerpted from her new book, Power Shift: The Longest Revolution.

Quick, take this test. Picture this person in your mind—doctor, lawyer, politician, scientist, CEO. Who did you see? Most say they picture a man. Or try this: picture these gender-neutral words—participant, user, researcher. Who do you see? Again, most see a man. The simple truth is the data we use for everything from medical tests to vehicle safety to office temperatures to snow removal is hopelessly biased.

For example, why would the medical profession decide not to include females while testing for heart attack symptoms and stroke symptoms? Why would they test drugs only on males? Researchers once claimed that women’s menstrual cycles got in the way of accurate analysis. So their prevention, diagnosis, and treatment of disease was based on research done exclusively on men. It wasn’t until doctors began to realize that heart attack and stroke symptoms are different for women than for men that the researchers in the labs had an “aha” moment that changed the way heart disease and strokes were studied, diagnosed, and treated.

It was that fact that convinced author Caroline Criado Perez to write her astonishing book Invisible Women, about a world that’s been built for men. She exposed the gender data gap. For example:

Talking to Piya Chattopadhyay on CBC’s The Current, she [Caroline Criado Perez] described a scintillating piece of research around a drug called sildenafil citrate, which showed potential during clinical trials for women suffering from menstrual cramps and premenstrual syndrome (PMS). The drug created an increase in blood flow to the pelvic region, which helped alleviate cramping but also gave researchers the idea that it ought to be tested on men with erectile disfunction. It became Viagra, the now famous little blue pill. But the shocking denouement is that when Viagra turned into a gold mine for pharmaceutical companies, the trials for medical relief of women’s period pain and PMS were stopped. Researchers hoping to pursue that avenue have been denied funding “because it wasn’t deemed a public health priority,” said Perez. In fact, a search of titles and abstracts on the science social networking site ResearchGate found there were more than five times as many studies on erectile dysfunction as there were on PMS.

Today, medical researchers know that two-thirds of Alzheimer’s patients are women and that an American woman’s risk of developing the disease is twice that of a man. So hormonal changes at menopause and the use of household cleaning agents have now come under the microscope.

And imagine this: the much-heralded all-female spacewalk scheduled to take place Friday, March 29, 2019, had to be cancelled because one of the spacesuits was too big for one of the female astronauts. And dangling outside the capsule 322 kilometres above the earth for a six-hour mission in a suit that doesn’t fit is not a good idea. So the spacewalk went ahead with one woman and one man, and the historic walk was scrubbed. It was supposed to be astronauts Anne McClain and Christina Koch, with ground crew member Mary Lawrence as flight director and Jackie Kagey as lead officer—a first all-women flight event. This brings new meaning to “man-made.”

Criado Perez says we’re used to seeing men as the default human, and she doesn’t pull punches when she talks about how women got short-changed: “Most of recorded history is one big data gap … the lives of all men have been taken to represent those of humans overall. When it comes to the lives of the other half of humanity, there is often nothing but silence.”

Sally Armstrong is an award-winning author, journalist and human rights activist. This essay has been adapted from Power Shift: The Longest Revolution. ©2019. Published by House of Anansi Press. www.houseofanansi.com