At long last, the royal wedding list has been leaked, and the thing people are talking about most is how weird – and unsavoury – some of the guests invited by Prince Charles are. 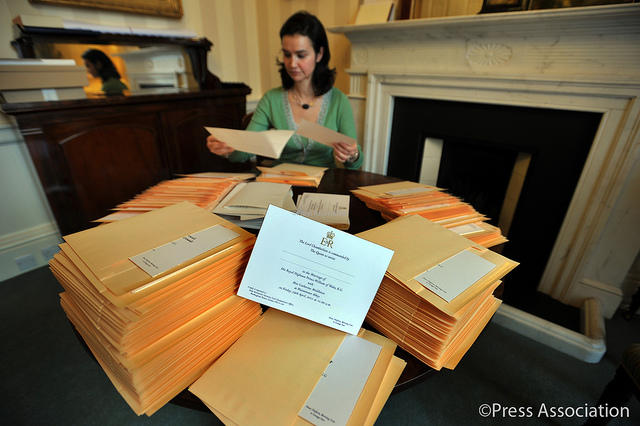 At long last, the royal wedding list has been leaked, and the thing people are talking about most is how weird – and unsavoury – some of the guests invited by Prince Charles are.

It’s reported the father of the groom (who, also, happens to be the future king) was allowed to invite 250 people. Of course, Charles’ list includes family friends, such as the new-nose-hunting Tara Palmer-Tomkinson, some of his of Cirencester Polo Club buddies, like Kolin “Sooty” Dhillon and, even celebrities such as Rowan “Mr. Bean” Atkinson. But, his list also has a surprising amount of “controversial” characters – and the very strong odour of money.

Joe Allbritton – Texas billionaire, and founder of Riggs Bank, which bragged it was the ‘bank of presidents’ until the US Congress fined it US$ 38 million for its part in money-laundering plot involving Saudi diplomats and South American dictators.

Timur Kuanyshev – Kazakhstan oil tycoon (imagine a very, very rich Borat) who has donated loads of cash to a number of Charles’ favourite UK charities. In 1993, Timur and his wife Kuanyshev were detained by Russian customs after being accused of concealing US$ 1,000,000 of undeclared cash – in their underwear!

Count Tibor Kalnoky – Romanian landlord, who oversees Prince Charles’ properties in Transylvania and, presumably, all the coffins filled with vampires too. I’m currently trying to verify rumours that, just for a laugh, Wills and Kate have put the Count (who loves to count!) at the same table as Buffy the Vampire Slayer.

Lucia Santa Cruz – Daughter of a former Chilean diplomat and Charles’ first real girlfriend. She returned to Chile in the mid 1970s and, years later, helped fight Augusto Pinochet’s extradition (for murder and other very bad things) from the UK to Spain.

Marchesi Vittorio Frescobaldi – Italian wine magnate whose family has been prominent in Florence for over 700 years but who has, over the past five years, been accused of fake wine label scamming.

Lily Safra – Brazilian born socialite who owns a £310 million house on the French Riviera and has an estimated personal fortune of £614 million, based on money “earned” from her four marriages. Her last husband Edmond Safra died in 1999, in a mysterious fire in his Monaco home.

So, what can be learned from this list? Well, apparently, if you want to get invited to royal weddings, you need to: Launder ill gotten South American dictator cash in your Nazi underwear, whilst getting loaded on cheap Italian/Kazakhstani wine and soaking up the Riviera sun.