Did Meghan Markle’s Pantsuit Piss Off The Palace? The Lowdown On The Latest Royal Rumours

Each week, we apply our smell test to the new batch of royal engagement rumours to tell you what’s true and what stinks worse than rotten kippers. 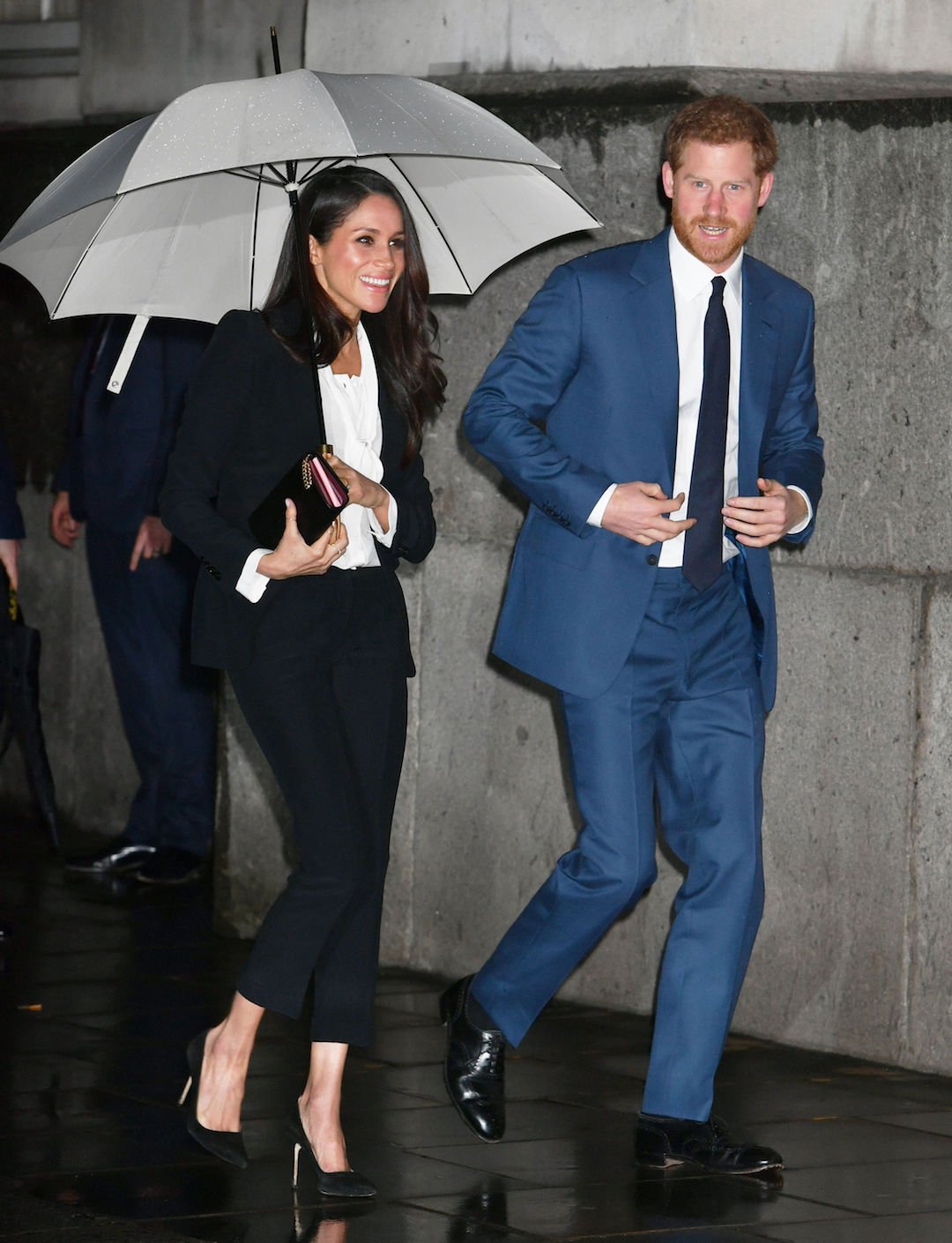 The rumour: Fergie will attend the royal wedding (despite her feud with Prince Philip)

Where we heard it: Us Weekly
The report: Per Us’ inside source, the Duchess of York will have a pleasant surprise waiting in her mailbox when invites to Meghan and Harry’s wedding go out next month. Fergie’s inclusion would be a big deal since she’s been largely banned from royal events since divorcing Prince Andrew in 1996 (she didn’t make the cut for Wills’ and Kate’s wedding in 2011), and because of her long-time feud with Prince Philip. (Attention all fans of The Crown: Her season is going to be soooooooo good.) Still, Us’ source says that Harry “is very close to [his cousins] Eugenie and Beatrice and their mother [Fergie] is just as much family as their father. Harry and Meghan have total control over who goes to the wedding and there was never an issue at the Palace about Sarah being invited. No push back from anyone.”
The smell test: Is it likely that Fergie will be in attendance on Harry and Meghan’s big day? Sure. Us is reasonably reliable as far as glossies go. And it makes sense that the rules around the guest list for the royal “spare” would be laxer than those for the “heir.” All of that said, should you buy that Harry and Meghan have “total control” over anything they do, wedding invites and otherwise? Sniff, sniff — is someone serving kippers?

The rumour: Meghan Markle ignored protocol by wearing a pantsuit to a black-tie event 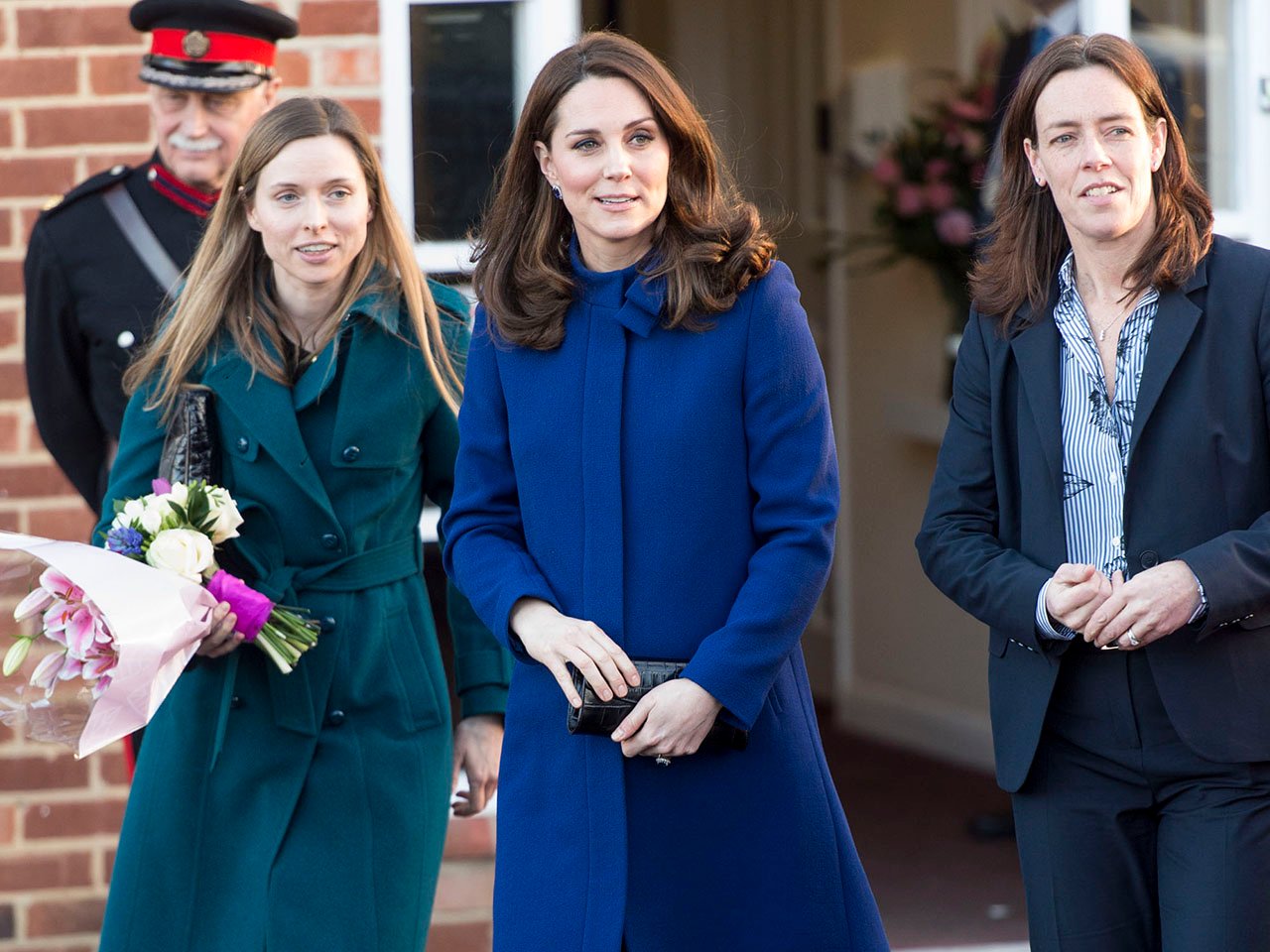 All Kate Middleton’s Stylish Looks So Far From Her Third PregnancyWhere we heard it: The Independent
The report: Interest in Markle’s bold fashion statements continues to trump all other matters, never more than over the weekend when the bride-to-be arrived at her first ever royal evening engagement in pants! PANTS!!! The trousers were part of a tuxedo style suit by Alexander McQueen. Kate also wore McQueen to the same event (a dress … obviously). The Independent was one of many pubs to note that MM’s look was, well, highly unconventional.
The sniff test: The best part about researching this particular bit of royal protocol was landing on this photo — reportedly the first and only time the Queen has been photographed wearing pants in public. Future Queen Kate Middleton is seen in pants often enough (sometimes even jeans), but never at night and not as formalwear. Is there an actual rule that says pants are a no-no? There doesn’t appear to be, but then, royal protocol was made to be unspoken.

The rumour: Kate has asked Meghan to be a godmother (and the Queen does not approve)

Where we heard it: OK! Magazine
The report: Via an alleged “palace source,” OK! claims the future queen is so fond of her soon-to-be sister-in-law that she asked her to be godmother. The Queen apparently thinks this is a bad (or at least “hasty”) idea, since Harry and Meghan won’t be married until after the baby is born.
The smell test: So much to unpack here. It makes sense that Markle would be a candidate for godmother, since royals appear to apply a “more the merrier” philosophy to the selection process — Prince George has seven godparents (a mix of friends and extended family), and Charlotte has five. As for the Queen’s alleged sentiments, it’s unlikely that OK!’s “source” is reliable, but s/he may be right. Giving Markle an unbreakable royal connection in advance of her wedding leaves a window for disaster, regardless of how remote. QE2 is a woman who likes her Ts crossed and her Is dotted.

The rumour: Meghan ghosted her Canadian boyfriend after hooking up with Harry

Where we heard it: Life & Style
The report: Before she was Meghan Markle, future Duchess, she was Meghan Markle, Toronto-based actress and girlfriend of hunky chef Cory Vitiello. The pair dated for a couple of years, but did they split before she fell for Prince Ginger Snap? Not according to Life & Style, who claim that Markle simply “stopped returning” Vitiello’s texts when she hooked up with Harry and had mutual friends handle the break up for her. Ouch.
The sniff test: Since Vitiello has said absolutely nothing to the salivating media since being unwillingly thrown into a royal scandal, the truth may never be known. Life & Style is certainly not an airtight source, and yet … this rumour smelleth more of sweet roses than stinky kippers. New love can impair good judgment (and good manners), and a certain level of ghosting seems almost logical since Markle probably wanted to keep the identity of her new beau under cover.

Watch: Prince Harry and Meghan Markle, a look back at their love story