Rick Springfield's battle with depression and love of dogs

Eighties pop icon Rick Springfield’s just released memoir Late, Late at Night is a revealing and honest telling of his struggles with depression and fidelity, the enduring popularity of "Jessie’s Girl", and the wondrous spirituality he finds in dogs. 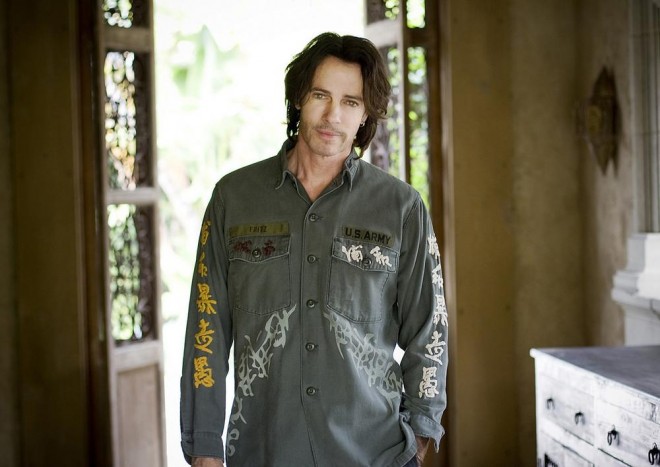 Eighties pop icon Rick Springfield’s just-released memoir Late, Late at Night is a revealing and honest telling of his struggles with depression and fidelity, the enduring popularity of his hit song “Jessie’s Girl”, and the wondrous spirituality he finds in dogs.

Q: You are so honest in your memoir, were you ever concerned about just how much you were sharing?

Rick Springfield: I wrote Late, Late, at Night, without a ghost writer. I wrote it myself, and I enjoyed the writing process, but when it was done and I sent it to the publishers I started having second thoughts. I was thinking, ‘I don’t know if I want this out there. This is pretty full-on and revealing.’

Q: You’re very open about your struggles with depression in fact you refer to your depression as The Darkness why have you chosen to share this part of yourself?

RS: I didn’t understand I would be sharing it with the public until I was done with the book. I’m always truthful when I write and I didn’t see any reason not to be truthful about this because a big part of my life has been my depression. It came out of the story as a character because that made it easier to have people understand what it was doing to me.

I didn’t want it to seem like a pity story, you know, ‘poor me, I’m so depressed’. The Darkness is a miserable f***ker who pokes holes in me every moment he can get, and now that the book has come out I’m only getting people saying, thank you for making it okay for me to talk about (depression). It’s still one of those hidden things. Saying, ‘yeah, I was hooked on coke’ – that’s cool now. Hooked on coke, went to rehab, came out got on heroin: it’s all cool – depression is not cool it has the ring of a loser about it, and that’s what I felt like. I’ve also had a successful life and dealt with it. I’ve gone through therapy, and I kind of understand it a little bit but it will never leave.

Q: You describe a sort of solace or spirituality that you find in dogs.

RS: Hugging a dog is like hugging God, to me, one of the times my Darkness goes away is when I play with dogs, and hug a dog. I’d much rather hang with dogs than people. The second dog I owned, Ronnie, became synonymous with success for me. He was on the record cover in a shirt and tie for Working Class Dog, and my third dog, Gomer, was my soul mate – I’m just really passionate about animals.

Q: How important is spirituality for you?

RS: It’s very important but I’ve gone through dry spells. It’s always up and down and it’s still searching.

Q: How does spirituality encapsulate itself for you?

RS: In a dog. (Laughs) When I feel connected I feel it through everything which is where I feel God or the Spirit is, it runs through all of us.

It’s in everything when I connect to it and it’s in nothing when I don’t. I don’t pretend to be a truly spiritual person where it’s always there – it come and goes, you know? When I was a kid I used to blame God and I had to get past that because I was raised very fire and brimstone: You know, God will punish you and if something good happens then thank him. Eastern religion helped me to find a peaceful God and a loving God and a loving spirit, that God is right in here (points to his heart), he’s not some sort of dictatorial father giving this guy cancer and this woman a trillion dollars.

Q: It seems that your 80s hit “Jessie’s Girl” is still just as popular as ever…

RS: I’m proud to have written a song that seems to have legs. And you hope for one of those in a career. I mean you hope for hits so that you can have a long career but something like “Jessie’s Girl” is…you can’t call that, you know? It’s one of those things where the music gods say, “That’s the one.” 10-year-old kids know all the words. They don’t just know the chorus, they know the verses and the bridge, so it’s great, cuz what it is is connection, I’m connected to someone when I see them singing that.

Q: You write about the struggles of marriage and the pop star’s life on the road; what has kept your marriage together for so many years?

RS: A: because my wife is the best person I’ve ever met and, B: because we know that we’re better together than we are apart. She’s been the princess and I’ve been the frog with the warts. We face everything head-on. She is an incredible human being. And we have met my infidelity and my sexual crap head-on and gone to therapy about it.

In the end we want to be together. And that’s how you stay together, there is no happily ever after, there’s always shit and you have to deal with it.

Q: What’s your idea of the perfect weekend?

RS: My favourite weekend would be to be at home in the kitchen with a glass of wine while Barbara, my wife, is cooking. And then going and having a Jacuzzi. B’s an amazing cook, like a chef, and I love sitting with her and talking, or not talking, its okay not to talk, too.

RS: He’s sitting over there telling me that I’m talking bullshit and to shut up. He comes and goes. He usually comes around when I’m feeling uncomfortable or when I’m by myself, which is why the book’s called Late, Late at Night. It’s a line from “Jessie’s Girl”. When he visit’s me he likes to sit on the end of my bed when I can’t get to sleep, and talk bullshit to me.

Q: But right now he’s still at the end of the bed?