Going under the scalpel to get even; congresswoman Giffords continues to improve; Shanghai’s fake-marriage market; removal of lymph nodes unnecessary in some breast cancer cases; and Leonardo DiCaprio as J. Edgar Hoover.http://www.huffingtonpost.com/robert-tornambe-md/cosmetic-surgery-women-an_b_817531.html 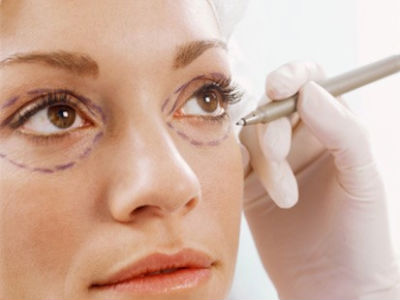 Ever heard of “revenge plastic surgery”? New York cosmetic surgeon Robert Tornambe highlights an apparent trend of divorced women opting for plastic surgery following divorce as a means of getting back at their ex-husbands. The top five procedures according to Tornambe are breast augmentation, tummy tucks, liposuction, eyelid lifts and facelifts. According to the National Women’s Health Research Centre, more than 40 percent of women sought to alter their appearance after a divorce or similar life changing events. Let’s hope most of those ladies opted for fancy skin cream and a new hairdo, rather than going under the scalpel.

Congresswoman Gabrielle Giffords continues on her road to recovery. Despite receiving a gunshot wound directly to the head during the mass shooting in Tucson, Arizona last month, Giffords continues to improve. It was reported yesterday that she was recently able to request a piece of toast with her breakfast. Though it seems like a small achievement, doctors say that all things considered, she is progressing at lightening speed.

A fascinating article yesterday on Slate describes the evolution of the “fake-marriage market.” in Shanghai. China still has a long way to go when it comes to accepting and embracing their gay and lesbian population (a recent survey found that 70 percent of Chinese people thought homosexuality was either “a little” or “completely” wrong). In order to conform to their society’s unaccepting values, gay men and lesbian women in Shanghai are meeting up to find homosexual spouses of the opposite sex. They see it as a way of pleasing their families and fitting into society, without having to enter into a union with a straight person expecting a real marriage.

The results of a new study suggests that the removal of numerous lymph nodes to treat breast cancer – a common procedure – may sometimes be unnecessary.  Under current guidelines, lymph nodes are removed if the breast cancer has spread beyond the breast to any lymph nodes. This study found that rates of survival were the same for women with limited spread (one or two nodes affected), regardless of whether they had had numerous nodes removed, or only those directly affected. The study suggests that patients with breast cancer that has only spread to one or two nodes do not need to have nodes removed beyond those directly affected. Treatment guidelines are being reviewed as a result of the study.

And just for fun, here’s a sneak peak of Leonardo DiCaprio all dressed up as J. Edgar Hoover for the upcoming Clint Eastwood-directed biopic. The film costars Armie Hammer of The Social Network fame. Hammer is promising that the flick will have “a ton of kissing scenes” between himself and Leo. No word yet on whether we’ll get to see Leo in drag, but we’ll bet our lipstick the answer is yes.