To mark the 20th anniversary of this still-devastating event, Chatelaine talked to women, and men, directly affected on December 6, 1989 — to discover how they learned to make sense of such a mind-numbingly painful tragedy 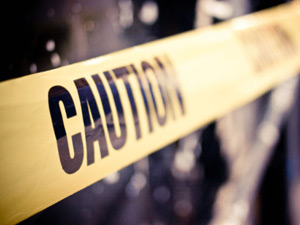 Twenty years ago, on December 6, 1989, Marc Lépine walked into Montreal’s École Polytechnique carrying a semi-automatic assault rifle and a hunting knife. What happened next was a terrible moment in our history, and the tragedy wasn’t just how many were killed, but how it was done. Lépine deliberately isolated the female students, separating them from the men, and shot at unarmed women. By the time it was over, he had killed 14 women and wounded another 13 people, the worst mass shooting in Canada’s history.

To mark the 20th anniversary of this still-devastating event, Chatelaine talked to women, and men, directly affected on December 6 — a survivor, a parent of a slain daughter, a police officer, the Polytechnique’s staff psychiatrist, the head of the White Ribbon Campaign, and Lépine’s mother, Monique — to discover how they learned to make sense of such a mind-numbingly painful tragedy. In their moments of profound loss, these people found the strength and courage to move forward and take back their lives.
In days and years that followed, many directed their grief towards affecting positive change. Families of victims joined forces with concerned citizens to lobby for better gun control. After years of relentless campaigning, they finally got it: New laws were brought in 1991 and 1995, initiating more comprehensive background checks on firearms owners, restrictions on magazines, harsher penalties for gun crimes and the introduction of the gun registry. The police also changed their protocols. Montreal cops were taught how to confront and neutralize armed gunmen, and these developments soon spread to other law-enforcement departments across Canada.
As well as these changes, December 6 was declared a National Day of Remembrance and Action on Violence Against Women. At the grassroots level, Montreal and Toronto men started The White Ribbon Campaign to stop abuse and violence against women, a movement that spread first across Canada and then around the world, and today, the group consults with the United Nations on similar campaigns.
These changes cannot undo the past, but they’re the result of people working tirelessly to honour the memories of the 14 who were killed. They are not a substitute for all that was lost, but they have likely prevented the loss of other innocent lives. And after 20 years, that provides hope and consolation.

Josée Martin, Survivor of the shooting, now a mechanical engineer with Hydro Quebec in Montreal
I was 24 and in my last year of studying mechanical engineering. We were listening to a presentation by two students when Marc Lépine came into the classroom and told everyone to stand and separate, the men to the right and the women to the left. Then he asked the men to leave the room. When they didn’t move fast enough, he started shooting at the ceiling and the guys hurried out.
Turning to us, Lépine said, “You were wondering what I’m doing here.” One girl answered, “Yeah, why are you here?” “I’m fighting against feminism,” he replied. My friend Natalie Provost said, “We’re not feminists,” and that’s when he started shooting.
It was so fast; it took about two minutes. We heard the shots and everyone screamed. I was shot in the arm, just above the elbow, and I fell down, face first. Natalie was hit in her leg and foot and a bullet had grazed her face, above the eyebrow. We stayed on the ground until he left the classroom, and we stayed in the room after he left because we were worried that Lépine would find us and kill us. After about half an hour, emergency services found us.
I stayed in the hospital for two weeks and was released just before Christmas. The first year was the worst. The injury affects you psychologically — there’s a lot of sadness and anxiety. But after having survived so much, I was also ecstatic about being alive.
For the first three months, I stayed at home with my parents and concentrated on healing. That April, I went to work as a teacher’s assistant in Lausanne, Switzerland. It was good to be cut off from Montreal and in such a peaceful place. When I came back, things had settled down.
Going through such an experience makes you stronger;­ you learn from the things that go wrong in life. At the moment, I have a friend who’s dealing with the death of a close relative, and I can talk to him about healing because I know what I’m talking about.

Suzanne Laplante-Edward, Mother of Anne-Marie Edward, 21, a student who died in the shooting
It was the evening of December 6 and I was fixing supper and the radio was on. The announcer said that there was a gunman in École Polytechnique.
At the time, I wasn’t anxious about my daughter because I thought that if she was in the middle of that, she was so athletic and resourceful that she would find a corner and hide.
I kept waiting for Anne-Marie to phone and tell us she was okay. By 10 p.m. I was really worried, so my husband, son and I went down to the university. It was pitch dark and almost everyone had gone home except the families of the victims. The authorities had set up a makeshift morgue, with the bodies covered up. They showed each family their loved one. When it was our turn, I went around the stretcher and kissed Anne-Marie on the forehead, and said, “We’re going to do something about this.”
Gun control became my mission. I’ve been lobbying for it for 20 years. I’ve spoken at every university across Canada, and we’re still fighting for tougher laws and the gun registry, which is currently threatened politically. Our biggest success was in 1995 when we brought in new, stronger laws. A number of the victims’ families watched the legislative vote in Ottawa’s parliamentary gallery. When it passed, we cheered, laughed and cried.

Jacques Duchesneau, Former head of the organized-crime section of the Montreal Urban Community Police. Part of the emergency-services team that responded to the École Polytechnique crisis
Initially, we thought terrorists were inside École Polytechnique — we didn’t have much information about what was going on inside. We wanted to secure the building so some officers went in, while others stayed outside. Once inside the school, the crime scene was bad: There were bodies on every floor. One officer, Pierre Leclaire, went upstairs, and when he came back down, he was green. “My daughter’s upstairs,” he said. At first, I didn’t understand what he meant, so he added, “She’s a victim; she’s dead.” It was a terrible blow. Afterwards, we all felt overwhelming sorrow — an immense pain in our hearts. Everyone was in a state of shock and denial.
We knew there were glitches in the system, and we looked for ways to improve. We decided that police should swarm similar situations, and act as human shields for civilians. And we brought in the first psychologists to help officers cope. They taught us how to detect signs of stress and look out for those who were struggling. We learned from this tragedy; it was a wake-up call for all of us.

Gilles Lussier, École Polytechnique staff psychologist
I was a young psychologist at the time, just 32, and there was so much to deal with. The day of the shootings, I talked to the students who were affected — those who had helped the wounded, or had witnessed the events and had bullets whiz over their heads. Later, I met with the parents who had lost a child and just identified their bodies. It was a very long night.
Over the next few weeks, we met the students individually and in groups. And we talked to the janitors who had cleaned the school up after the rampage, to give them the resources they would need to deal with what had happened. When the students went back to school in January, everyone had a lot of ache and pain and it was difficult for them to be there. They were looking for a framework for returning to normal and coming back into the present, not living in drama and in the difficult emotions that had taken over. We had to deflate this sort of panic that came from people not knowing what to expect, and help those who had a phobia of returning to school, who started weeping in class.
Before the tragedy, I was the only psychologist on staff and handled both students and faculty. Afterwards, we created a dedicated counselling service for personnel. We brought in crisis experts, like those who counselled the victims of bank robberies. We developed a hostage-taking emergency plan, and ran drills and simulations. We also put a psychological intervention plan in place. It gave us a protocol to follow if one of us was concerned about a student’s mental state. We learned that silence and solitude aren’t good signs. As students and teachers, we all became more sensitive to that and to others around us.

Todd Minerson, Executive director, White Ribbon Campaign
I was in my last year of high school in Scarborough [Ontario] when it happened. It was a very traumatizing day, as we tried to find out whether our Montreal university friends were okay. As the details came out, we felt a real sense of discomfort that the shooter had deliberately separated the men from the women before killing the female students. Among my male friends, there was a distinct divide: Some thought Lépine was crazy, while others thought he was emblematic of a larger issue. Wearing a white ribbon meant recognizing that there was a systemic problem, and taking a stand against it. We started the White Ribbon Campaign for men and boys to work together to end violence against women and it spread worldwide, and today we are in 60 countries. This horrific tragedy inspired a global movement.

Monique Lépine, Mother of Marc Lépine
I turned on the TV while I having supper and I was terrified by what I saw on the news. The next day, two officers came to my office and drove me to Montreal Municipal Court to identify Marc’s body. It was difficult because I was in a state of shock and couldn’t concentrate. Afterwards, I couldn’t go home because there were so many journalists camped outside my house, so I went to my pastor’s place and stayed in his basement for about a month, doing little but crying. I felt overwhelming guilt and shame.
For a long time, I hid the fact that I was Marc’s mother — people recognize my name, but a lot of women are called Monique Lépine in Quebec. I was afraid people would judge and criticize me. But I received hundreds of letters from the public telling me to be courageous. They gave me confidence, and since then I’ve had therapy and done a lot of work on forgiving myself. When I tell people what happened, it makes me feel that I don’t have to be ashamed.