Six years ago, 10-year-old Holly Jones went missing after walking a friend home after school. Now her mother, Maria, speaks to Chatelaine about the tragedy that broke her heart and nearly destroyed her family 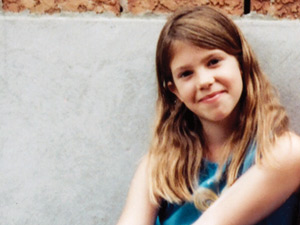 Running from hotel to hotel, meeting to greeting, and photographing 16 singers in Vancouver over the course of four days—with Flare’s trusty contributing photographer George Pimentel—I felt like I was living in a reality television series. There were so many Amazing Race/Celebrity Apprentice/quasi-Survivor-type moments happening so fast and furiously during our marathon photo shoots that I am still coming down from the thrill of it all. Luckily, all the artists involved (from veterans to newbies) were completely up for our challenge and all were genuinely overjoyed just to be at the Junos. The energy was incredible and all the fantastic results can be seen in the July issue of Flare but for now I’ll give you a quick run-down of my Juno’s greatest hits.

1. Hearing beautiful blues artist Ndidi Onukwulu sing while she was getting her picture taken on the rooftop of the Loudon hotel on Sunday morning. The sun was out and you could see the mountains and blue sky peaking from the buildings while she was thrilling us softly with her song.

2. Watching Lights climb up and pose on a high ledge in the middle of a lovely hotel banquet hall at the Sutton Place Hotel. She ended up winning best new artist—which she totally deserves.

3. Connecting with Flare’s editor-in-chief, Lisa Tant (my Joeffer Caoc-clad date for all of things Juno), and having a hold-back-the-tears moment with her during the Songwriter’s Circle as Sarah Slean sang “Looking For Someone” (a ballad dedicated to Slean’s dashing new BF, Royal Wood). The notes that Sarah can hit seriously brought us to the fourth dimension.

4. Meeting Buffy Sainte-Marie at the Juno Gala Dinner moments after she won Aboriginal Album of the Year. She’s 68 and smokin’ hot.

5. Partying it up at the Warner/Flare party inside Bryan Adams’ own private recording studio in the heart of Vancouver. Not only did I get to chat with the legendary Adams while spotting k.d. lang take a seat a mere few meters away, but I was lucky enough to hear Divine Brown and Michael Buble take to the studio’s stage and sing “Signed, Sealed, Delivered I’m Yours” by Stevie Wonder.

6. Attending the Juno Awards gala dinner and seeing the look on everyone’s face when 15-year-old jazz singer Nikki Yanofsky started to vocally improvise while she performed an Ella Fitzgerald classic.

8. Seeing Sarah McLachlan, Melissa McClelland and Luke Doucet perform together at the Juno Awards after Nickelback’s pyrotechnic pandemonium. It made me wonder…will McClelland soon be the new McLachlan? Melissa’s voice is sublime and Sarah hasn’t recorded a full album of original material since 2003.

9. Seeing Kreesha Turner give up the love to her fans as we photographed her in the lobby of the Westin Bayshore Hotel. She kept waving to her many admirers circling around us while she gave us her best Sasha Fierce poses.

10. Talking to R&B star Ivana Santilli about Chic (the disco band and the fashion look). She just signed onto a new label called CP records and after getting the goods on what direction her new sound is going, I think she is going to be a contender at next year’s Junos as well.

11. During our photo shoot with Deborah Cox, the radio we had on played her new hit “Beautiful U R” and she quickly began to shine, singing along to the chorus and dancing around the room while George took incredible candid shots.