Rejection: Why it pays to be a geek

Being one of the cool kids has its rewards — just ask anyone whose parents insisted they chaperone the high school prom...every year. 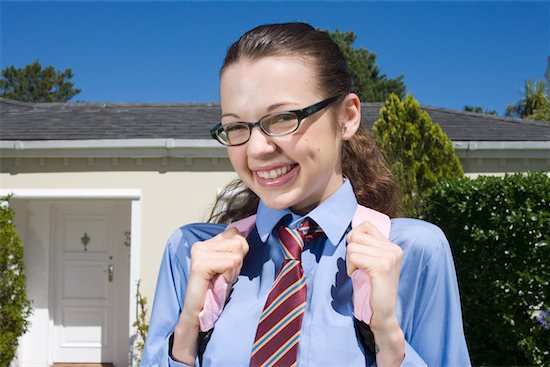 Being one of the cool kids has its rewards — just ask anyone whose parents insisted they chaperone the high school prom…every year. That doesn’t necessarily mean, however, that those of us who have suffered the slings and arrows of social rejection, and even bullying, by our peers are doomed to a lifetime of Star Trek conventions and dinner for one.

An article in The Daily Mail, cites a recent study conducted at Johns Hopkins University in Maryland (in cooperation with Cornell) that suggests that the impact of social isolation and rejection on certain types of individuals isn’t always negative. It can even be a boon, both to them and society as a whole.

For some people, who value their independence, being snubbed by others may reinforce their strong sense of self-worth, says principal study author, Sharon Kim, PhD. Being outside the group can be liberating and even inspiring, leading those with an already heightened sense of self worth — individuals possessing “independent self-concept” according to Kim — to embrace the kind of creative thinking that tends to emerge from solitary intellectual pursuit.

Rejection not only fuels their idea of being separate but also superior, a point of view that calls to mind aspects of Groucho Marx’s rejection of any club that would accept him as a member. For those who depend on the approbation of others, on the other hand, being ostracized or bullied can be devastating — the instructive point being that if you’re going to be viewed with contempt by others you might as well enjoy it.

The study results, says Kim, can have practical results for business and potential employers who are looking for imaginative solutions and innovative thinkers. The unconventional candidate may be, if not the obvious choice, the more creative one in the long run. Good news for those of us who used to duct tape our eyeglasses.

Were you an outcast growing up? How has it benefited you later in life?