How I Reclaimed My Body For Myself

I needed to turn inwards to find my worth, and to do that, I had to undo the package I had put myself in. 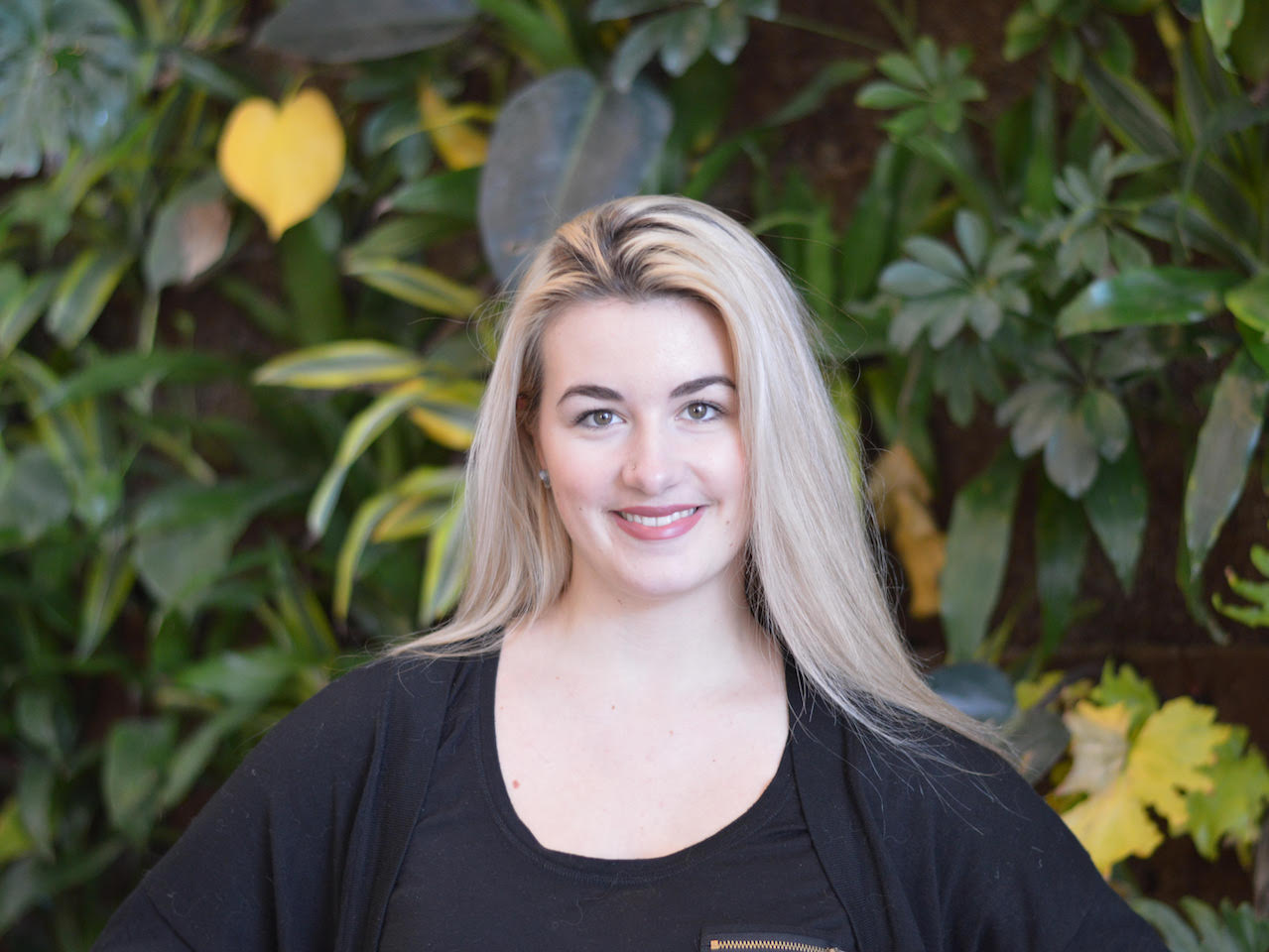 The author in 2016, a few months prior to cutting her hair. (All photos courtesy Chelsea Nash)

My undoing started with a haircut.

It was after a break-up, so maybe it started there. It was the first time in my life I had ended a relationship so decisively, putting my own needs before the feelings of the nice-enough-man who said he loved me. It was liberating.

So there I sat at the salon, a cliché.

My long, bleached hair felt so heavy. It was mid-summer, and I was tired of the stickiness at the base of my neck. I was more tired of being looked at the way men look at young women with long, blonde hair. I had just started my first professional job out of university, and the work environment was full of those looks.

I returned home with my hair dyed its natural brown and chopped into a pixie cut—I don’t think it had ever been shorter than my shoulders—and my roommate and I wrote “boys suck” on the wall we were painting. The message faded with each coat of paint that went over top of it, and with it, a former version of myself.

After cutting my hair, the way I moved through the world—the way the world perceived me—shifted.

I didn’t know it, but I was trying to escape the male gaze that felt superimposed on my identity. I was rejecting the womanhood I had worn to that point, which had brought me nothing but years’ worth of accumulated trauma. I wanted to exist in a body that was safe, again.

Growing up, I took constant and exhaustive mental notes on how to be a woman.

Merely occupying one’s body as a woman was clearly insufficient.

It wasn’t just the messages I picked up in the culture around me; I was told this, repeatedly, as a participant in an environment where girls are judged for their bodies. As a figure skater from ages five through 15, I quickly learned the bodies that are the most in control are the ones that win; unruly bodies lose. Girls with mustaches and ears that stick out too far and who, according to their coaches, are five pounds too heavy—those girls don’t belong. Thin, lithe, graceful bodies; inherently delicate, feminine, strong without being overpowering—those bodies win.

I wanted to belong on the side of the fence with those women. The worthy women.

I created myself as something to be consumed. I shaved everything, all the time, and had constant razor burn. I underwent surgery to pin back my ears. I plucked and I picked at my imperfections until I bled. I kept my hair long, my makeup on.

I embraced my own sexual pleasure but would never dream of imposing my expectations on my male partners. People say consent must be present and enthusiastic; my earliest sexual experiences were void of the concept entirely. It wasn’t really a thing people my age understood nor discussed. I don’t think we knew about it; it certainly wasn’t taught to us.

Then, I was sexually assaulted. The femininity I performed in my adolescence and early twenties had backfired, and I was broken. The tiny little cracks within myself caused by previous bad sexual encounters fractured deeply, like a glacier shifting against itself.

While the hair on my head was kept cropped, other hair on my body was allowed to flourish. I was curious, more than anything, to see my body take its natural state, something I truly had not witnessed since I was a child.

I gained weight, part medication-related, part binge-eating-related, partly due to polycystic ovarian syndrome; the cause doesn’t matter. What mattered was I tried hard not to care, to instead accept this new body that, in the eyes of popular culture, made me more sexless. I dressed more androgynously. I became more invisible. I adorned myself with tattoos—some soft and floral, others hard and vicious. An angry tigress on my leg to be my protector; fig leaves on my arm—a reference to Sylvia Plath’s The Bell Jar, and a coded declaration of my acceptance of my own precarious mental health.

Without meaning to, I had flipped a switch, changed a code, and was now being read by the world in an entirely different way. Some read me as queer, and men certainly saw that I was not there for their viewing pleasure. I could feel it. Their eyes no longer lingered on me, and I was grateful for the cloak of invisibility my new body afforded me. 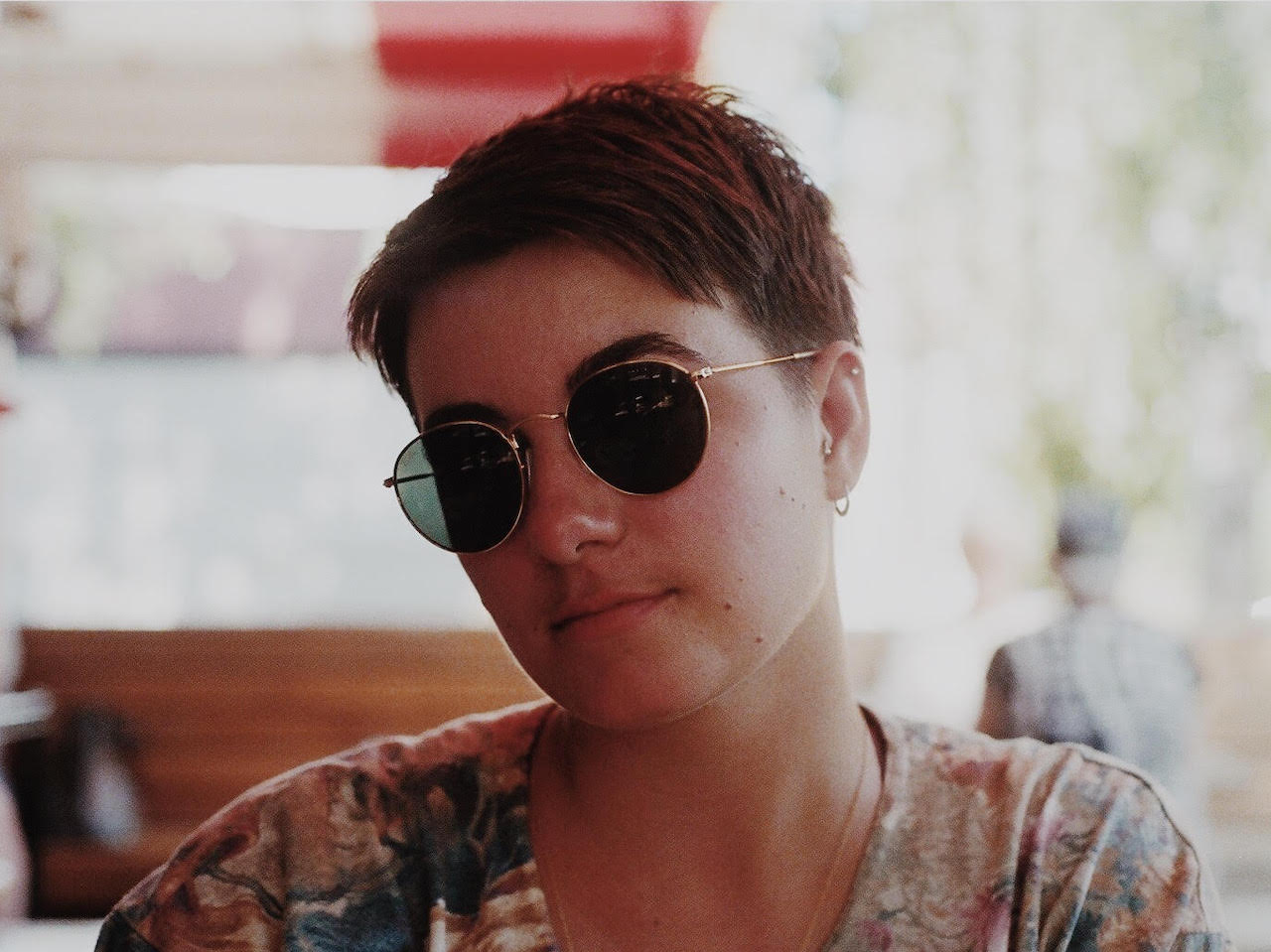 The author in 2017, about one year after cutting her hair short.

I rejected everything I knew about being a “good girl.” Being a good girl meant keeping my body pleasant, soft and vacant of harsh black ink. I had only ever performed femininity for other people. I was reclaiming my body for myself, but I was also trying to make my body safe. It was a trauma response; one that is perhaps wrapped up in the pervasive idea that women’s bodies are to blame for the violence we endure. But also, for the first time I felt as though I was free to be a person, not a woman.

Trauma is intrinsically related to the body. It’s often a literal violation of the body, and it is felt there and stored there. As psychiatrist Judith Herman wrote in her 1993 book Trauma and Recovery, “traumatic events violate the autonomy of the person at the level of basic bodily integrity. The body is invaded, injured, defiled.”

The experience of sexual trauma can leave one feeling detached from one’s body, as if you have lost ownership and control over it; as if you never really had those things to start with.

The baby steps I took outside of the gender norms that are imposed on all of us coded me as what Hannah Gadsby called in her 2018 special Nanette, “gender not normal.” In her memoir Hunger, Roxane Gay describes it as “not woman.”

Gay’s memoir recounts transforming her body in the wake of a devastating sexual assault at the age of 12. She overeats as a form of comfort, marks herself with tattoos, and dresses in men’s clothes, shedding herself of society’s narrow definition of femininity.

“I understood that to look or present myself like a woman was to invite trouble and danger and hurt. … It afforded me a semblance of control over my body and how my body was perceived. It was easier to move through the world. It was easier to be invisible,” she writes. Race was a factor in this for Gay, too. Black women are so often either hyper-sexualized or, as she notes, “rarely allowed their femininity.”

For my part, it wasn’t that I felt “not woman.” Yet, I didn’t want to be a woman under the conditions I had grown up believing would make me valued and loved. I needed to turn inwards to find my worth, and to do that, I had to undo the package I had put myself in.

The thing with the male gaze is it’s ubiquitous. It doesn’t matter what you look like; you’re a good woman until you’re unf-ckable and then you’re a bad one. The same gaze I thought I was trying to escape also called me a “fat dyke.”

This same-but-different harassment was just a reminder that I couldn’t create a body that was ever truly safe. I could, however, regain control of a body that I once felt had betrayed me. 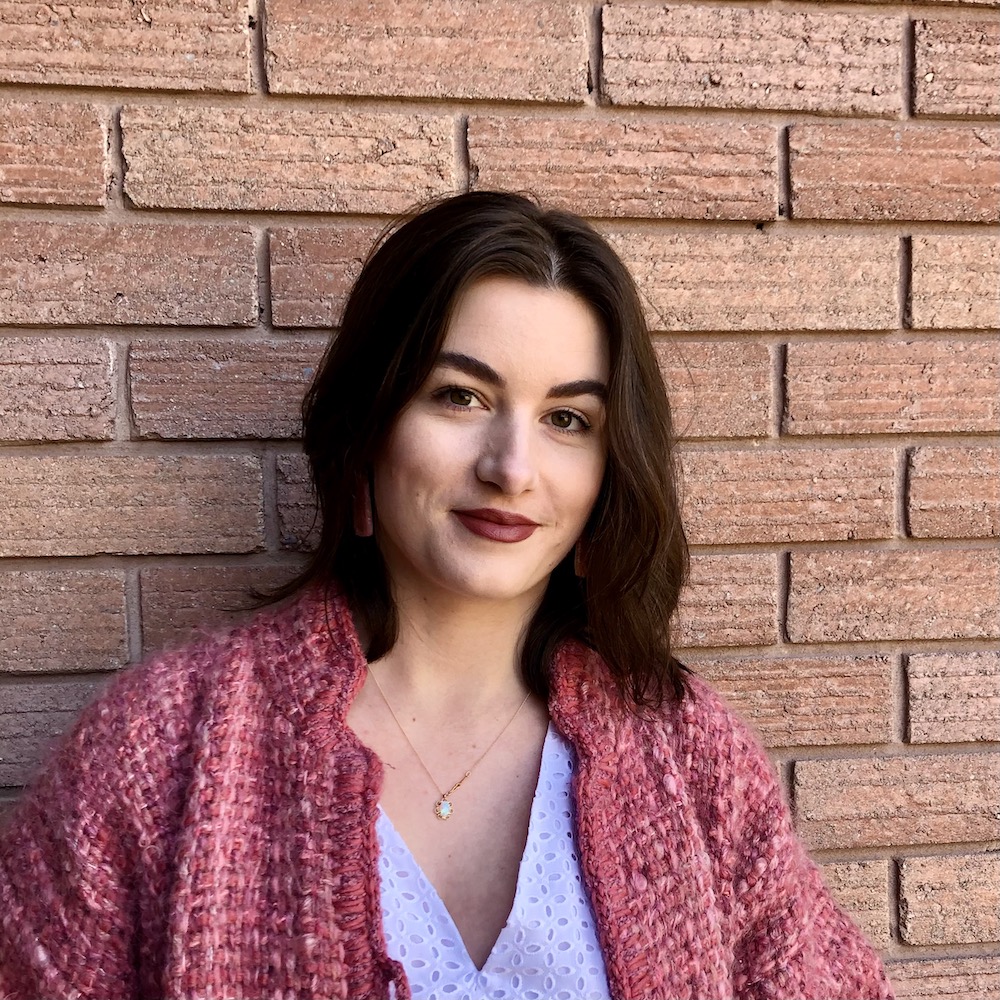 The invisibility and the false sense of security I gained was given to me by a society that is evidently obsessed with looking at women, evaluating and labelling them based on what it sees. It started as a way to fade from the view of the male gaze out of fear. Through that, I found the ability to explore what it meant to be a woman—what it meant to be myself—without considering what men wanted from me. It allowed me to unlock boxes I never thought I even had the keys to, opening up my sexuality and my definition of femininity.

Over the years, I have re-appropriated some aspects of performative femininity, but in a way that feels femme and good and fun, and like welcoming back an old friend. I like the way shaving my lower legs feels; I dislike it when I let them grow hairy and they get itchy under my socks. It took some getting used to, but I often prefer going makeup free. I faced the things I was taught to hate about myself, and I tolerated them. I accepted them, and I even grew fond of them. Most importantly, I learned to trust my body again. I took her back for myself.

It’s an ongoing process, but I am making my body my home.