Heather O’Neill was the first in her family to go to university and was about to realize her dreams — then she got pregnant . 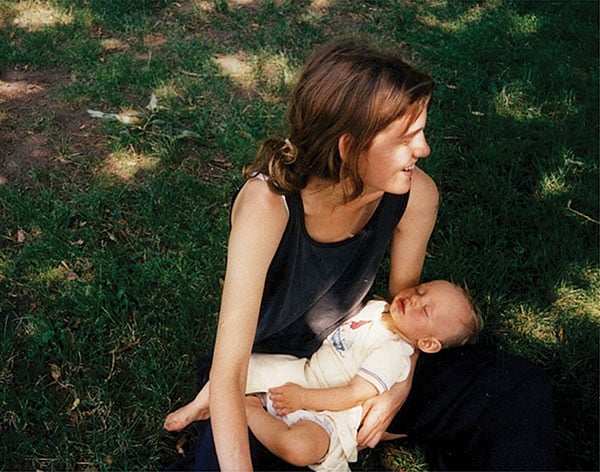 Things were going well. I was 20 years old and about to graduate from McGill. I wanted to move to New York City and be a public intellectual. My heroes were middle-aged women with wild ideas and grey hair and piles of books, like Lillian Hellman, all of whom were free of children and domestic responsibilities.

I was already five months gone when I found out I was pregnant, and in the middle of my last semester. Once I knew, I didn’t change a thing about my lifestyle. I still rode my ten-speed through traffic to get to school. A couple times I had to duck out of my Renaissance-literature lecture to be sick. I never really showed much when I was pregnant. I wore baggy black sweaters, and I think I was about eight months before I started telling people. I found it shameful. Having been raised in the lower class, I had a very different social background than the other girls at McGill. It often crossed my mind that if I’d been from a more middle-class home, then I wouldn’t be pregnant, would I? This is what girls from the world I left behind did. They didn’t go to McGill. They got pregnant.

Pretty soon after Arizona was born, I moved into an apartment in the building where my dad lived. Part of the risk of being such a young mother is that you’ll probably end up single. I had spent my whole childhood planning and looking forward to moving out. I had expected to put on a sailor hat and sail across the ocean with a travelling trunk covered in stickers from foreign lands. I didn’t expect to be moving back to an apartment in the building that I had grown up in so soon after I’d left.

But my dad was always home in the evening to babysit. I could plop Arizona in her pyjamas on the couch next to him in front of the giant television that had ceramic bulldogs balanced on top of it before I went to work at minimum wage jobs. As Arizona got older, she and my dad would argue about what to watch. She wanted sitcoms like Dharma and Greg, and my dad preferred PBS documentaries about political scandals in the 1970s. They would eat sloppy joes and wave goodbye to me happily.

Before our era of having children in your mid-30s, when parents were younger and broker, they needed grandparents to babysit. Nowadays it seems grandparents are being put out of business, relegated to the fringes of society like old television sets that don’t have the capacity for reception anymore. So there was something nice about living in an intergenerational home.

But I experienced all the annoying qualities that come with still having your parents in your adult life. My dad would call everybody I dated a “good-time Charlie.” He had a point. My dates would show up dressed like Sick Boy in Trainspotting with highlighted poetry books by Charles Bukowski in their pockets. I was too exhausted by single motherhood to ever be a fun girlfriend anyway. I would put my head down on the restaurant table between the sugar and the ketchup and fall asleep in the middle of my date.

When Arizona started elementary school, I’d dress her in Lynyrd Skynyrd T-shirts and purple polyester bell-bottoms. She looked like she was touring with Dr. Teeth’s rock ’n’ roll band in The Muppet Show. The other mothers were so much older than me and looked at the two of us as though we were outsiders. We regularly got mistaken for sisters. I sometimes felt like passing myself off as her older sister, just to get some social acceptance.

Mothers are judged mercilessly and ruthlessly. Being a young mother is associated with poverty. You are certifiably riff-raff. I sometimes felt like Hester Prynne from The Scarlet Letter when I was riding the bus with Arizona. Other commuters would look at us and shake their heads.

But we had fun in our ostracized little world of two. We had a briefcase filled with pencil crayons that we would bring to the library, and we would sit at a table and draw for hours. We made dolls with heads that were too big, so that they looked as though they were searching around for something that they had dropped. Arizona was always really impressed because the garbagemen would whistle at me, which comes with being a young mom.

Oddballs became overly familiar with me when I was out and about with my daughter. I had been relegated to the losers’ table in the cafeteria that is life. A man sneaking a chihuahua onto the subway in a bowling bag sat next to us and told us his life story. A skinny man in the park came and sat at our picnic table to tell us about the books that he had read during his years in prison. They say that it takes a village to raise a child, and it sort of does. I just happen to have had an itinerant village outside the gates of the city, complete with street musicians, thieves and a dancing bear. 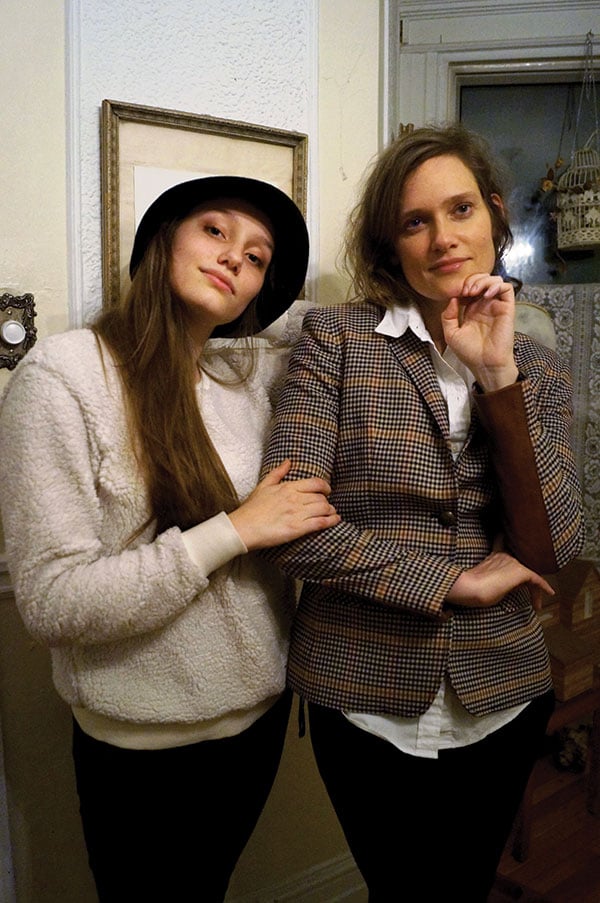 Arizona and I would go for a holiday every year to New York City. We’d take the Greyhound down and house-sit apartments. We always went to Coney Island and ate yummy blintzes on a rooftop restaurant in Brighton Beach.

Being young, I had infinite energy for adventures. We went around together gathering metaphors and lovely images, as though we were on a treasure hunt. That’s what you do with children — you find pretty things and try to explain them in words. How do you account for a blue bird drinking rainwater from an aluminum tray? What are the pretty words to describe a jellyfish in the tank at the aquarium that looks like a pink paper parasol seized by the wind? Why on earth is a raven like a writing desk?

I was becoming a writer at this time, and those experiences deeply affected my style, making it more lyrical. And somewhere along the line we both grew up. Now she’s 19 and I’m 40.

About five years ago, emails started popping up from friends who had just had babies. They mostly said the same thing: How did you do this all by yourself when you were so young?

When I receive these emails, I am often in a café, deep in a novel, or working on an essay with long uninterrupted hours ahead of me. I am able to go off on strange research projects on a whim. I’m unencumbered by the duties involved in raising a young child. And when I do spend time with my daughter, we meet downtown and try on boots and eat mussels and french fries for lunch. It feels amazing to have raised a kid and to still be young! I feel like a kid who got my homework out of the way.

Sometimes I tell Arizona there were plenty of advantages to having her at 20. In response to this she asked me the other day, “What would you say if I got pregnant next year?” I told her I would wring her little neck.

It doesn’t mean it wasn’t wonderful, though. I still have those memories of Coney Island when the sun was setting and looked like a great orange tennis ball, and the light reflected off the windows of the old hotels. The waves were sparkling like there was pirate treasure floating on top. The cotton candy was like the wigs of Marie Antoinette and her friends walking through Versailles. The clamshells were like plates that had been set out for a tea party. We stayed late on the beach building sandcastles in the kingdom of childhood when we were both so very, very young.