Would you go for a massage at this women’s prison?

In Thailand, female inmates are rebuilding their lives by learning massage therapy. Mai Nguyen reports first-hand on the rehabilitating effects. 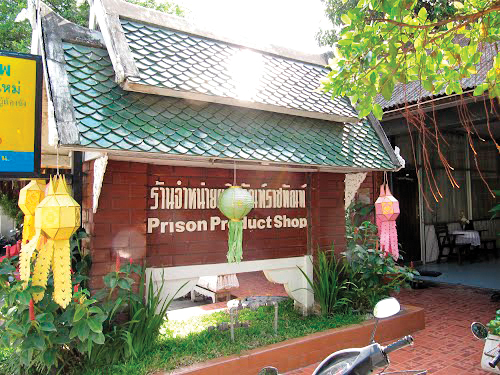 I wish I could say that the first massage I had in Thailand took place at a spa called something like the Blissful Touch or Holistic Heaven, but the venue was unabashedly named the Women’s Correctional Institution.

When I moved from Toronto to Chiang Mai, a charming city in Northern Thailand, it was to get outside my comfort zone. (I didn’t want to spend my 20s stuck in a cubicle.) That contrarian streak is also what made me choose the women’s prison as the perfect place to work out the knots in my back.

A lot of what I’d heard about the ‘prison spa’ was positive. In fact, it’s one of the most visited spas in Chiang Mai. Part of the appeal is that the prison runs a rehabilitation program where inmates take a 180-hour massage course during the last six months of their term. There’s also the thrill of not knowing who you’ll get: a petty thief or a murderer, which kind of gave me the shivers.

So I went one Sunday morning with some trepidation. When I arrived, there was the iron-gated prison to my right and, to my left, a quaint teak house shaded by mango trees. That was the spa.

A stiff, unsmiling woman dressed in a beige uniform sat at the front desk. She was a prison guard. “Thai or foot massage?” she asked. “Thai, please,” I replied. Then she asked me to remove my sandals. I was a little concerned and hid them in a corner just to be safe. (I was surrounded by criminals, remember.)

Inside, a patron told me not to worry. The majority of inmates are incarcerated for drug trafficking and possession of meth-amphetamines, not grand larceny.

I met my masseuse, Ae. She was smaller than I expected, just under five feet, no older than 30, with a sweet smile. She didn’t look like a criminal to me.

Ae took me to a low bed that was, to my relief, in an open room beside other patrons. She knelt down, put her palms together and bowed to me; then the massage began. The initial touch was unnerving; after all, her hands had recently been cuffed. Just relax, I told myself; take solace in knowing you have witnesses. Once I let go, the rest was a blissful blur. Every kink unknotted was a fear forgotten.

Near the end of the session, I asked Ae how long she’d been in prison. “One year and three months,” she said, chirpily adding,”but I go home next week. Very happy.” I smiled back. I was pleased for her as well. It turned out she had a job lined up as a silk weaver, thanks to the rehabilitation course.

Prisons are so often dismal, hopeless places, but the atmosphere at the Women’s Correctional Institution is not. In fact, in its own way, the spa was one of the most empowering places I’ve ever been. Many of these women are given a do-over and leave with a better life. I felt inspired. I never asked Ae the other question, the one we all want to know. But I don’t think it mattered. All I know is that she seemed like a good person, deserving of a second chance.