In 2011 Chatelaine reported on a group of women in Africa standing up to their sexual tormentors. The case has finally been settled, and the result stands to empower women across the globe. 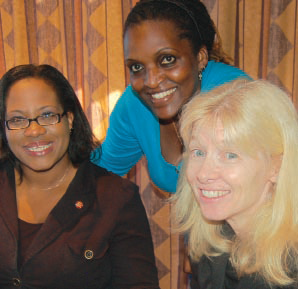 There have been months of terrible rape headlines, from the troubled story of Rehtaeh Parsons to the 23-year-old woman gang-raped on a bus in New Dehli, who later died as a result of the injuries she sustained. And I’m still trying to comprehend the suffering endured by the three women held as prisoners in Cleveland.

But now, finally, there’s a headline that offers encouraging news as it relates to the plight of young women, and in one of the world’s most dangerous regions for women and girls no less.

On May 28, more than 240 girls and young women won their suit against the Kenyan government. The girls charged that the government failed to protect them against the crime of rape and sexual violence, and the court agreed.

The Kenyan High Court found Kenyan police to not only be wanting in their duties but to be nearly complicit in their indifference to sexual crimes against girls and young women.

“Perpetrators know they can commit crimes against innocent children without fear of being apprehended and prosecuted. The respondents showed disbelief, blamed the victims, humiliated them, yelled at and ignored them,” declared the court according to Reuters.

Now police must re-open and re-investigate claims of rape previously made by 11 young women.

The case was brought to court by Ripples International, a children’s charity based in Meru, Kenya, which offered shelter to girls and young women who suffered rape, but whose suffering went ignored by officials.

Most of the girls involved in the case, some who were as young as three-years-old at the time of their assault, were reportedly raped by those closest to them — fathers, uncles and grandfathers. Others suffered at the hands of neighbours, even police.

Back in December 2011, Chatelaine writer Sally Armstrong wrote about the girls and their landmark case. Armstrong’s article, which you can read here, outlined not only the strength of the girls and their advocates but the seemingly implacable obstacles they face in a country where a girl is raped every 30 minutes and nearly 25 percent of the female population loses their virginity through rape.

Sexual crime in Kenya is rampant but justice is sadly elusive in a nation where only one-third of claims make it to court, reported Armstrong. (Armstrong’s article also revealed a Canadian connection. Four Canadian lawyers from Toronto joined African lawyers in representing the girls and the charity before the High Court. In fact, the case itself was inspired by a sea-change in Canada that reformed sexual assault laws.)

Back in 2011, Armstrong wrote, “The legal experts claim they are going to win. And that the victory will be a success for every girl and woman in Africa, maybe even the world.”

The experts proved right. And let’s hope that their ambitions for girls and women in Africa, and around the world, become realities too (further lawsuits are planned). For now, the victory stands as a testament to a group of girls — some just out of diapers — who, even though they were despised and abused by adults, whose duty was to protect and defend them, still possessed the courage to expose a corrupt, wicked system and the innate wisdom to know that they had the power to do so.