I tried my best to ignore the problem and pretend I could still understand what others were saying. But navigating the world without sound was incredibly stressful, sad and alienating. 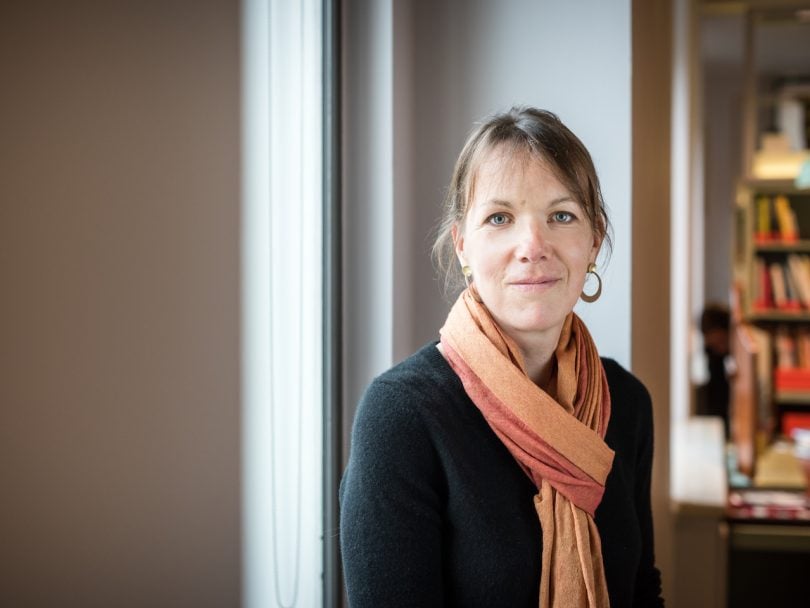 By summer, it had become clear that there was something wrong with my hearing. It didn’t happen suddenly—it wasn’t like one week it was 20/20 and the next week it was down to 15/20 or 10/20—but softly, so softly I almost wasn’t aware of it happening; sound seemed to have stolen away. There was no pain, no sound of sound retreating, just the gradual understanding that something was less.

In January, I’d been able to hear the traffic outside in the street. By March, I could hear a few auditory exclamation marks—the bang of a door slamming, the blare of a horn—but not the noises that linked them. Noises that had been vivid seemed muffled; sentences that were once bordered by clear lines were now smoothed to a blur.

Without the definition to speech—the sibilants, the corners and turns, the verbal signposts—I couldn’t seem to find my way. Meetings became no more than a low seaside roar, and I kept connecting with the wrong end of a sentence. Things that had once been so easy to navigate were now full of blunders.

For a while I did what any other sensible, evolved adult would do—I ignored the problem. When that was no longer an option, I made an appointment with my GP, who referred me to the audiology department at the local hospital.

On the outside, I did my best to sound as if everything was fine. But inside, I was hurling myself around the bars of my self-made cell from dawn until dusk, trying to claw my way toward the invisible adversary who I believed had somehow made me deaf in the first place. If this was a kind of bereavement and bereavement was supposed to have four stages, then forget all that stuff about submission and acceptance. I planned to stick right here on fear and denial with maybe a bit of cosmic plea-bargaining.

There were various ways of doing this. First and most obvious, was to watch the speaker’s lips. All of us, whether we know we’re doing it or not, lip-read. I grew used to watching people’s faces, following their movements with what seemed like an almost indecent level of attention.

With my fellow human beings, my best option was to guess what was being said. If I was in a work meeting, then hopefully the room was quiet and the discussion would follow certain defined topics. If I was talking to a friend, then I could ask them about partners or children, which would at least narrow down their responses to that particular subject area. And if I really had no idea what someone was talking about, then I’d do my best to pull meaning out of a single word, making every conversation a thrilling game of neurological hide-and-seek.

But if all I’d heard out of a sentence was “clear” or “right,” or one of the many other words in the English language with multiple possible meanings, what could I do? Did “right” mean “turn right” or “write,” or “right versus wrong”? Was it better to make a stab at a reply, or to ask them to repeat? Could I come up with a plausible on-hold response, or was the speaker expecting an answer? Generally, my solution was to just keep asking questions. 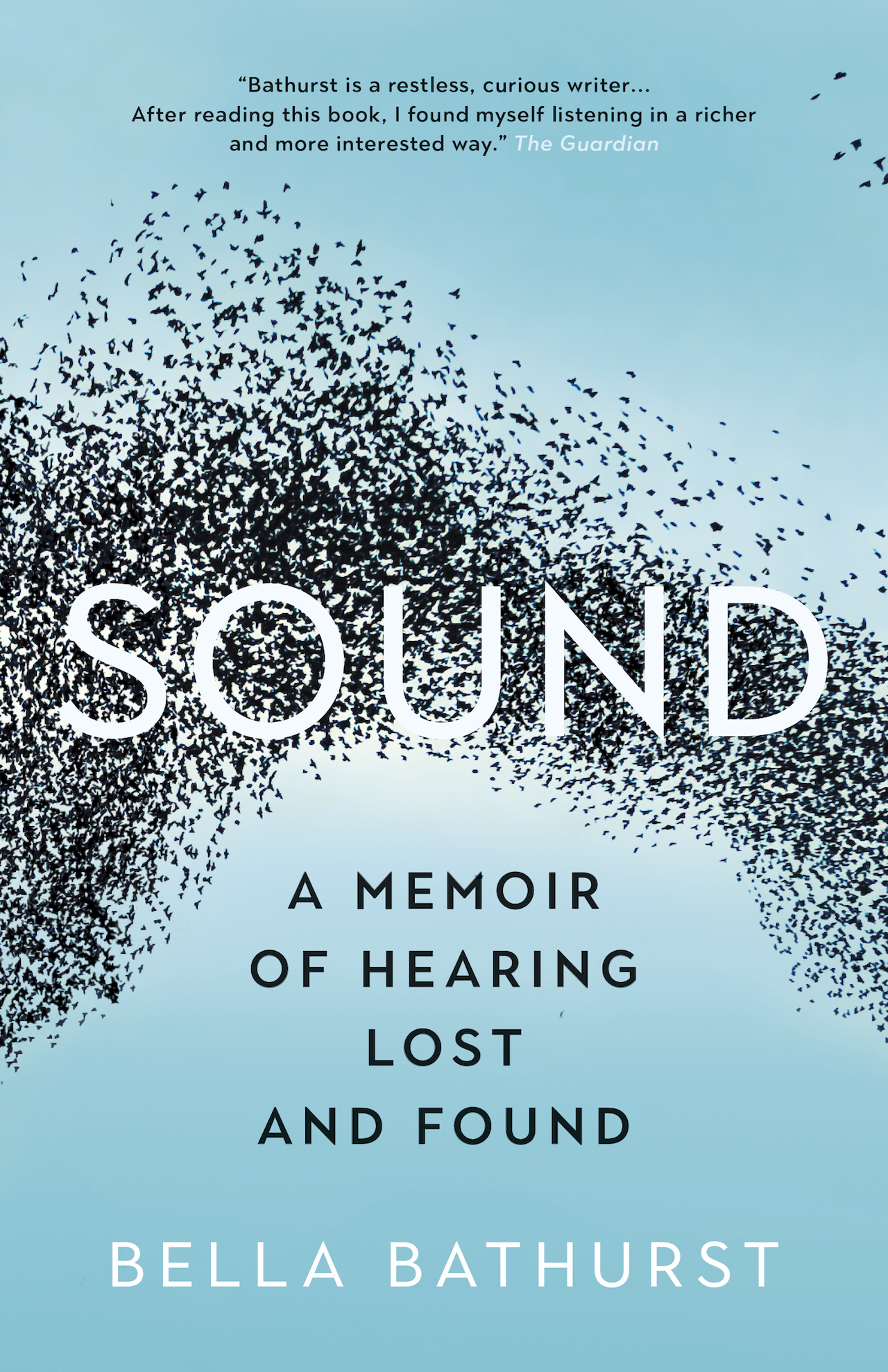 I soon discovered that an admission of deafness provoked a variety of responses—sympathy from many, and a sincere desire to make things easier, but also a saggy, dated humour. I made the quips easier, told them first against myself, got the hardest cut in fast.

Friends and family seemed confused. Face to face, nothing seemed to have changed. As long as the conditions were right, I still heard, so I still responded. Which meant it was a hard thing for others to judge—was this a big deal or a little one? What were they supposed to say? Was this thing boring or dramatic, or could it safely be downgraded to yesterday’s news?

It took me a long time to realize that others were waiting to take their cues from me. As anyone with a health condition or disability knows, it’s up to them to take charge. When I met someone new it would have been so easy just to say, “I can’t hear very well, so it would really help if you could speak clearly, keep facing me, and please don’t cover your mouth.” By doing so I would have given them permission to ask; I would have established the boundaries and made the situation better for both of us.

Instead, I made sure people couldn’t see my hearing aids and tried my best to pretend I could hear well. What that meant in practice was that I’d occasionally blank someone mid-sentence or walk away from them while they were still talking. Several people told me later that I’d ignored someone who had just asked me a question or failed to respond when someone called my name. Being knowingly rude to someone is one thing, but to do it involuntarily seemed terrible to me. I’d blame myself, go down a little lower, become a little less capable of speaking at all.

Five years on, the fight-or-flight desire had begun to transmute into something slower and deeper. I fought the deafness—and myself—for as long as I could. Then I just got sad, and all the other nightmares came to stay. Like everyone else, I didn’t want to be lonely or isolated or ridiculous or stupid or unprofessional or irrelevant. But as far as I was concerned deafness made me all of those things, and worse.

Somewhere underneath everything was a bigger truth. Deafness was neither good nor bad. It was completely neutral. What was good or bad was the way I took it, and I took it hard. Deafness acted on me like strong liquor, drawing out deeper hurts and older issues. It spun into a darker drive downwards, a bitter attempt to rid me of myself.

At the time, I thought that the best way of dealing with it all was just to pretend it didn’t hurt. Physically speaking, that was true—hearing loss didn’t hurt at all. Emotionally speaking, it was a different matter. Even so, I still believed I could get through this with nothing but coffee and strong will. It took me a phenomenally long time to realize that the things I thought were helping me to survive were the same things that were pulling me down. Everything that I had held to—the strength, the endurance, the belief that I was alone—turned out to be wrong. Blissfully wrong.

After that, things became a lot easier. There’s something very powerful in that game-over moment and even if I did blunder around for a while trying to figure out how to find the right sort of help, at least I’d asked for it and at least I finally knew I needed it. Perhaps the biggest thing was to cure myself of the belief that if I just stopped being lazy I could hear as well as the rest of the world. I had found people who gave me the tools I needed to reconstruct myself. If darkness worked slowly then love, it turned out, worked at the speed of light.

This has been adapted from Sound: A Memoir of Hearing Lost and Found, from Greystone Press.