'Everywhere I went and everywhere I looked, I felt like I was being hounded with the same message over and over again: If you’re a good mom, you breastfeed your kid.' 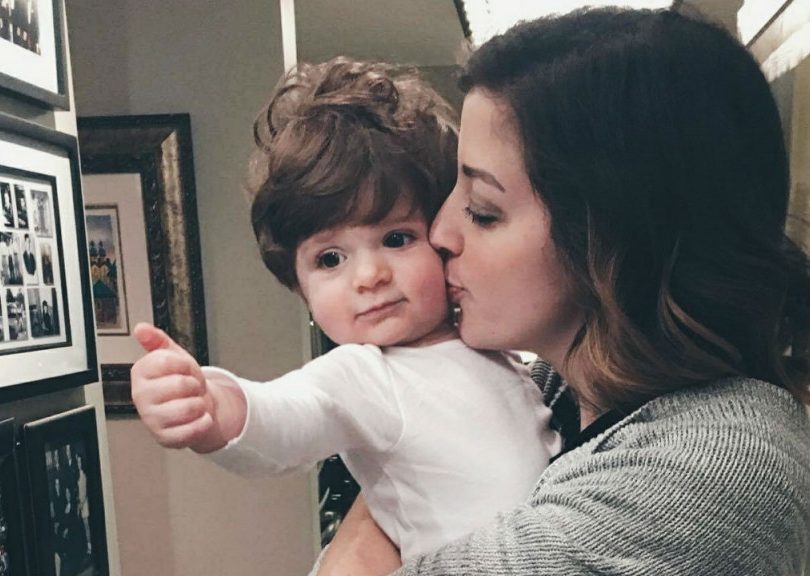 The author with her son. (Photo, courtesy of Stephanie Gilman)

“Have you tried breastfeeding yet?” the nurse asked me as I sat with my newborn baby a few hours after giving birth, clutching a bottle of ready-to-feed formula.

“I’m not breastfeeding—I can’t. It should say that on my chart,” I replied.

“I’m sure. Can you tell me how much to give my son of this bottle? I need to feed him.”

The nurse let out a sigh of disapproval and proceeded to rush through instructions on how my husband and I should feed our son, as if she was handling contraband. I could have provided her with much more of an explanation to alleviate her concerns, but in my post-labour stupor, I didn’t really care to delve into my life story.

It had been four years since I’d undergone a double mastectomy after being diagnosed with breast cancer at the age of 28. And after going through that whole ordeal, I couldn’t imagine there’d ever be another time in my life when breasts would play such a prominent role in the discourse surrounding me.

From the moment I learned I was pregnant, I couldn’t escape the abundance of pro-breastfeeding messaging. It was in the numerous pamphlets I was given at one of my first prenatal appointments, convincing me my baby would become some sort of nutrient-deficient mutant with poor math skills if fed formula. It was on the formula companies’ websites—pop-up warnings from the government made it seem as though purchasing a can of formula was akin to feeding my baby a pack of cigarettes for breakfast. It was in the childbirth prep classes that I chose not to take, knowing that I’d feel like some kind of undercover spy as I held up my Cabbage Patch doll to my fake boob.

The “breast is best” theme continued once my son was born, as I joined parenting groups and spent time with other new moms. Discussions of breast pumps, nursing bras and mastitis flooded the Facebook groups I had joined. At a family drop-in centre I frequented, a poster from the local public health department hung prominently on the wall, proclaiming the merits of giving only breast milk for the first six months, with a not-so-subtle undertone of disdain for formula feeders. Everywhere I went and everywhere I looked, I felt like I was being hounded with the same message over and over again: If you’re a good mom, you breastfeed your kid. End of story.

Of course in my case, I had an easy out. I literally do not have breasts. You can try all you want to squeeze some milk out of the silicone mounds beneath my flesh, but unless you have some next-level Harry Potter skills, it’s not going to happen. Unlike the many women who struggle with breastfeeding, often sacrificing their mental health and happiness in the process, I knew from the get-go I’d be a bottle-feeding mama. And because I had to remove my breasts to save my life, I felt the trade-off to be acceptable. In an ideal world, I would have had a choice. But I was so grateful just to be able to have a healthy baby in the first place that the loss of my ability to breastfeed didn’t feel as devastating as it may have under different circumstances.

That’s not to say having a formula-fed baby didn’t come with its own challenges. No advice or guidelines were provided to me about how to feed my baby—literally nothing about how to prepare formula safely, what type of formula to use, how much to give—presumably because medical professionals do not want to explicitly encourage giving your baby formula, or maybe because they simply haven’t been trained on formula. Regardless, this meant that I was on my own, like an outlaw trying to navigate her way through forbidden territory. I spent countless hours researching types of formulas, recommended amounts and feeding schedules. When I asked my doctor’s office if a bottle of formula would be provided to me at the hospital, several calls had to be made to different departments and hospital staff, as if no woman in the history of giving birth had ever proposed such an outlandish plan.

My days felt like they were spent washing and sterilizing a never-ending pile of bottles. I was envious of the other moms who seemed to be able to solve every newborn cry-fest by pulling out a boob. I was also bitter at the extra expense we had to incur, prompting me to contact a formula company in the hopes they would be moved by my sob story and toss me a freebie. Alas, no such luck, as I realized the expiry date on my cancer card may have finally passed.

Now that I’m no longer in the newborn haze and the mountain of bottles has diminished to more of a tiny hill, I can see the benefits that resulted from not breastfeeding. Everyone had the ability to feed my son, meaning he got to develop a close bond with family members, especially my husband, who still gives him his bottle each night before bedtime. It also meant I could take breaks, which proved to be a literal lifesaver when I hired a night nurse; I was able to get a full night’s sleep while she watched and fed my baby, allowing me to recover from a difficult struggle with postpartum depression. Being a new parent was already incredibly overwhelming, and I felt grateful not to have to deal with supply issues or a baby who wouldn’t latch.

And as for my formula-fed little guy? He’s a thriving, healthy, freakishly intelligent 20-month-old. Occasionally I’ll see a new mom breastfeeding her little one and think maybe I missed out on some monumental aspect of motherhood that connects moms and babies forever. But then my son will tug at my pant leg and look up at me with the type of look that you only give to the person you love most in the world and I think to myself: We turned out just fine.