What it feels like to have an arranged marriage

Ratna Rathore Tanwar's friends thought she was being regressive when she let her parents find her a husband. Here she explains why it's modern and how "love marriages" are sometimes a bigger gamble. 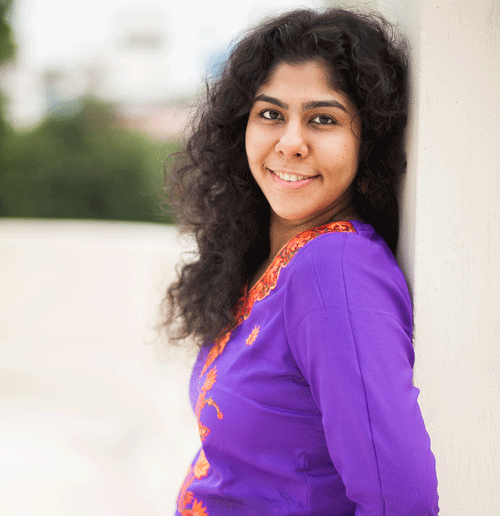 A new book, Hitched: The Modern Woman and Arranged Marriage by Nandini Krishnan, explores how some well-educated, independent women in India are asking their parents for a little help in the marriage department. Here, Ratna Rathore Tanwar, a 29-year-old television journalist (and current full-time mom to a toddler) living in Oman, explains what it was like to ask her parents to find her a groom, and then decide to marry him on the second date.

I got married when I was just shy of 25. My parents have an arranged marriage — as has almost everyone in my mother and father’s families — but it wasn’t an obligation for me. My parents gave me a lot of freedom, and there weren’t specific expectations. I dated but it didn’t really work. I had a very long list of things I wanted in a partner — the negotiables and non-negotiables — and they were things discussed over and over with girlfriends. Eventually, my parents asked me if there was anyone special, if there was someone I wanted them to meet, and there wasn’t. So they asked if I wanted them to start looking around for a man for me. I said, go ahead.

The reason I wanted an arranged marriage is because I really like where I come from. I’m a Hindu and there’s a big emphasis in arranged marriage on finding a partner from the same religion and same community. I really like my roots, my culture and my traditions. With an arranged marriage, everyone is on the same page. When I thought about making a long-term commitment to someone, I wanted someone I could understand. I told them I wanted a tall, polite, well-spoken guy who liked hunting — which is bizarre and very specific. But my parents found me 95 percent of what I was looking for.

We have a matrimonial section in the newspaper, but I told my parents I was still too pretty and too young for that! Still, my mother started reading all of the listings. I met one man and one other family before I met my husband, Sanjeev. The first person I met was because my aunt knew someone, but we didn’t like each other. The second time, they were friends of my father but it wasn’t a fit. The third time, my mother saw an ad she liked. It was only five or six lines about a North Indian family with a son who was a banker in Delhi.

The first time I met Sanjeev in a coffee shop, I didn’t have butterflies. But he was chivalrous and calm and when we started talking we couldn’t stop. The second time we met, it was just the two of us. We talked for seven hours. I felt this sense of peace, and I realized that I could be with this man. At the end of the date, he asked, “So?” Our courtship was fast — even for an arranged marriage. We met once in May, again in June and then we were engaged in July.

We moved into our own apartment near Delhi — which isn’t always typical, but I wanted some privacy and I wanted to keep working. I don’t think that our adjustment period was much different from that of my friends in love marriages. You have the honeymoon period for the first six months where you’re completely happy, and then you realize that your husband still doesn’t know where to hang his towel after a shower. But I think I had different expectations than a lot of my friends. And he turned out to be such a good guy that the adjustment was minimal.

I’m the only one of my friends in an arranged marriage. We were all supposed to be these new-wave working Carries and Mirandas [from Sex and the City], and they couldn’t believe I was being so regressive. But, for me, it felt very modern to go after exactly what I wanted. I think love marriages are a much bigger gamble. My parents asked a lot of important questions before we were ever introduced. I’ve seen a lot of great romances have terrible endings, and a lot of arranged marriages that end up happy. For a successful relationship, I think you have to be mature enough to know yourself and what you want from a partner.

We both have shared the happiest four years of our lives with each other. When I tell him that I love him I mean it. My marriage — even though an arranged one — is not a calculated compromise. Love and respect for both families, and a commitment to doing this forever, is really crucial. I chose to gamble and came out with a winning hand. 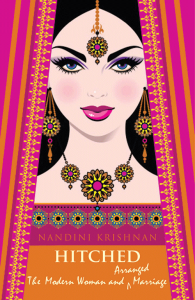