What it feels like to fall in love with... a man on death row

Lorri Davis was so moved by the documentary Paradise Lost that she reached out to convicted murderer Damien Echols. She shares her story about fighting for the man she loves. 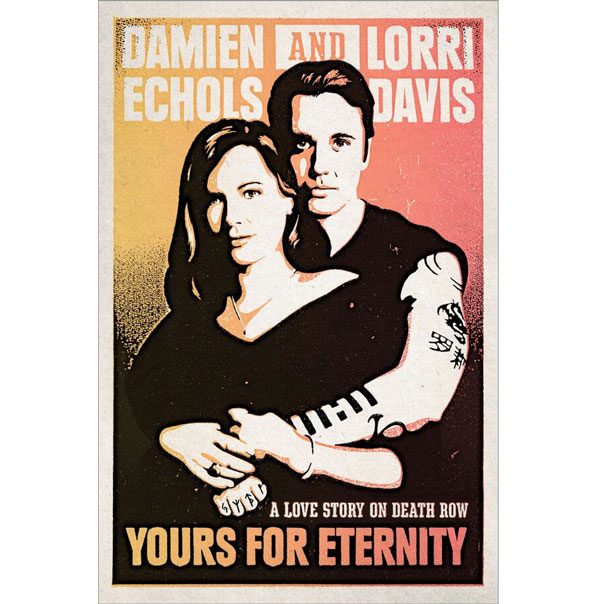 Lorri Davis lived through what many would consider a nightmare: Her husband, the love of her life, was convicted of a crime he didn’t commit and then sentenced to death. Even more unusual, Davis didn’t even meet her husband until long after he started his sentence. Her husband, Damian Echols, is one of the “West Memphis Three,” a group of young men convicted on dubious evidence for a brutal murder. In a new book, Yours for Eternity, Lorri Davis explains how she feel in love with a man behind bars and then successfully fought for his release.

I saw Paradise Lost — a documentary made about the West Memphis Three — and I was greatly affected by it. As the days passed, I really felt a growing sense of grave injustice. I had so many questions, and started doing research about the trial. I decided to write to Damian and offer my help. He wrote back and his first letter was so sad because he was so thrilled to hear from someone. The letter writing escalated, and I came to see how intelligent he is. He’s a fascinating person and the most fascinating mind I’ve ever encountered. Before long, we were writing all of the time. It was hard, sometimes, for me to remember where he was and what he was going through. Our letters were all about ideas and art — all of the things you talk about when you first get to know someone. And we fell in love.

I was living in New York City, and I had a great career as a landscape architect. But my life just started taking a different direction after I met this man. When I first saw him, he was extremely thin, he had dark circles under his eyes, and wasn’t doing well in prison, but he was still just so lovely. I just took one step after another without doubt. I knew instinctually that this was the right course for me. I didn’t pursue a romance with him; it was just something that happened very naturally between two people with like minds. It just so happened that one of us was on death row. I knew he was innocent and believed in him, and it became a journey. It defies logic, I know. But I’ve always lived my life in a responsible way, and I think I pursued this in a responsible way. In the beginning, I didn’t tell my family and I only confided in my closest friends because it was too strange to share — even if I knew in my heart that it was the right thing.

I moved to Arkansas to be closer to him, and in 1998 I started working on his case. In 1999, we were married. After that, it became my life’s work building a legal team and raising the funds that would eventually lead to his release in 2011. No one in my life tried to dissuade me. People who love me trusted me. I also have a bit of a reputation for being hard headed, so I don’t know if anyone would have tried to talk me out of anything. I’m sure people had some concerns, but they really rallied around us. It was hard, at times, but I’ve always been someone who can thrive on her own. For a while, I continued my work as a landscape architect, and then it got so huge that I couldn’t do anything else.

While he was in prison, our relationship was all about communication. We built as any connections as possible, and we had to work really hard at that — much harder than people in conventional relationships. We spoke a great deal on the phone, and I got to see him for three hours a week. We tried to read the same books, watch the same films, and meditate at the same time every day.

I got a call one day from Damian’s lawyer, saying that Damian could be out of prison in three days. We always thought we would have much more time to prepare and figure out where we were going to live and counselling and everything else. We both went into shock and stayed there for at least a year. After Damian was released, I wasn’t prepared for the symptoms of trauma that Damian continues to live with. I didn’t know how to care for him, and it was very, very painful to watch. About six months into it, he was finally able to explain to me how he was feeling. He hadn’t been out in the world for 20 years, and had spent the last 10 years in solitary confinement. There was constant anxiety and fear over everything. He was like an alien who had been dropped onto the earth and didn’t know how to do anything. But at the same time, there was so much joy as a result of his freedom.

It’s been almost three years since he was released. I feel like we’re getting closer to “normal.” We have a lot of decisions to make about how we’re going to be in the world and we have a long way to go, but we’re excited about the future.

Yours For Eternity: A Love Story on Death Row, Lorri Davis, $33.