In an industry that fixates on perfection, Jenifer Ringer developed an eating disorder by 16. She discusses her uphill battle with food, body image and dealing with harsh critics. 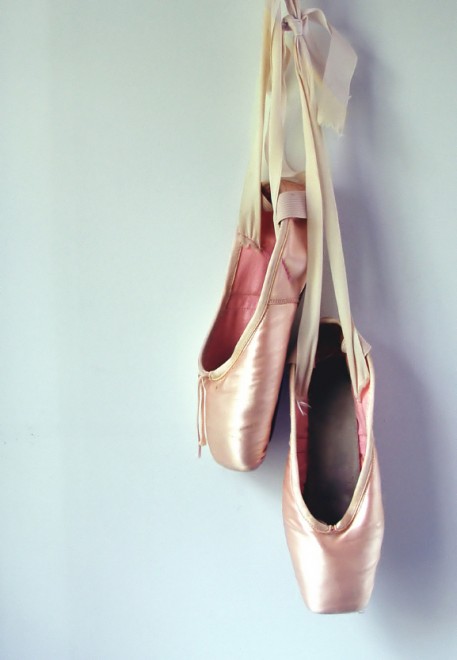 Jenifer Ringer was a professional ballerina with a very uncomfortable secret: For years, she struggled with disordered eating — until body and mind pushed her out of the world she loves. Even when she got healthy and returned to dance, she still faced the challenges of expectations of physical perfection. Ringer chronicled her story in a new book, Dancing Through It: My Journey in the Ballet. Here, she explains how she finally got healthy.

I was one of those little girls who was always dancing around. I loved Abba, and would play it as loud as I could on the record player in my room. When I first tried ballet at the age of five, I thought it was horribly boring because we just didn’t move around very much. I came back to it when I was 10, and it really captured my love of movement. Ballet gave me a sense of soaring. The choreography made me feel like I was visible music, like my body was really creating something. It was such a satisfying and rewarding experience.

When I was 14, I had the opportunity to perform with the Washington Ballet at the Kennedy Center, and it was that experience, dancing to Tchaikovsky’s music, that made me realize I had to do this for a living. My dad was transferred to New York City for work, and that meant that I got to study at the School of American Ballet. Then I joined the NYC Ballet as an apprentice, and shortly after 16, I joined as a full member.

It’s hard to pinpoint when my problems with food first started, but it was somewhere in the teenage years. I wasn’t prepared for the stress of becoming a professional dancer at 16 — even though it was a dream come true. I was a little girl in an adult world, and my self-esteem and body image really took a hit. I was anorexic for a while and I became very thin. Then it flip-flopped into compulsive overeating and compulsive over-exercising. I ended up having weight problems, and I eventually became too heavy to dance.

It was a really dark period in my life, and I really hated both myself and my body. I did it all silently and I didn’t let anyone know that I was having these problems. I was supposed to be perfect, and I was appalled that I couldn’t control myself. That shame is really one of the hallmarks of an eating disorder. I just couldn’t get out onstage anymore and the NYC Ballet eventually had to let me go.

I got healthy and returned to ballet. In 2010, when I danced the role of the Sugar Plum Fairy for the opening night of the Nutcracker, a reviewer wrote that I looked like I had “eaten one sugar plum too many.” I was at a weight that I had performed at many times before, and a lot of people took exception with a dance critic commenting on weight — especially people who knew that I was in recovery from disordered eating. For me, it was a big moment because 12 years before that, it would have devastated me and sent me into a tailspin. But I was able to read the comments, say, “Ouch,” and not let it affect how I perceive my personal worth.

Eating disorders are prevalent in the ballet world, and it might have something to do with the fact that we’re in an art form that really focuses on the body. But I think it crosses over to the more general world of elite athletes — people who are used to being perfect. I had given so much power to the ballet world to determine my identity. I’m a perfectionist and I couldn’t even live up to my own standards. For me to get healthier, I had to ground my sense of worth in things other than my appearance and my performance, like my faith and the other ways I contribute to the world. That freed me to accept the imperfections.

FILED UNDER: ballet eating disorders What it feels like