What I remember most about my marijuana misadventure

Marni Jackson was visiting her friend battling cancer, when she accidentally ate one of Rose's pot cookies 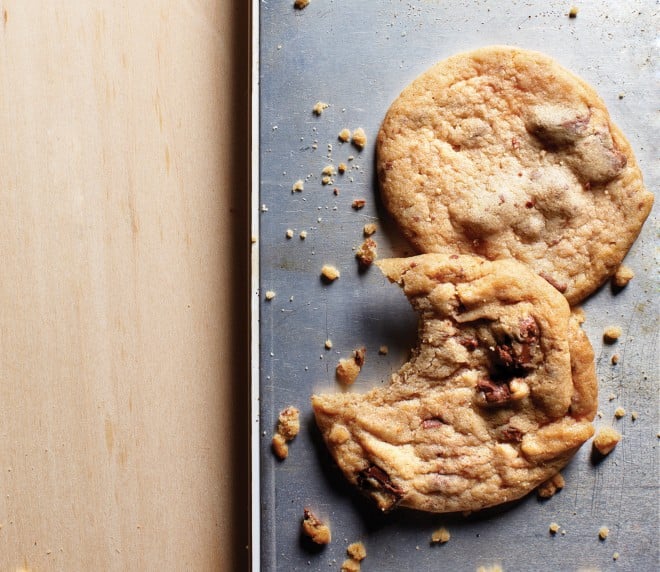 It was the dead of winter, and I had just driven three hours through a blizzard to Kingston, Ont., in order to visit Rose, a dear friend who was dying of cancer. I was eager for this to be a good, smooth visit, because I suspected it might be our last.

For many years Rose and her husband, Zalman (the former guitarist for the Lovin’ Spoonful), had lived on a farm in the country with a somewhat chaotic menagerie of dogs, sheep, chickens, horses and shrieking peacocks. Together the two of them had created the restaurant Chez Piggy, a Kingston fixture, and the bakery-café Pan Chancho. Zal was high energy and shaggy, not much different from the grinning guy in the striped T-shirt who had played guitar onstage in the ’60s. Rose was from the English upper classes, an art lover, well bred. They loved good food, travel, books, animals and music and were quietly philanthropic. I loved my visits to the farm and counted myself lucky for our friendship.

Then Rose was diagnosed with cancer, and just a few months later, with atrocious timing, Zal dropped dead of a “catastrophic event” — an embolism or heart attack. He made a flamboyant rock ‘n’ roll exit, like James Brown leaving the stage, but Rose, in characteristically measured fashion, was taking her time and tying up loose ends. Despite the debilitations of chemotherapy, she was always wonderful company.

Which is why, despite the sad circumstances, I was looking forward to our visit. After white-knuckling my way through the snow along Highway 401, I arrived at the farm around dusk to find that Rose was upstairs with her doctor. Her older sister Julia, who had come over from England to care for Rose, was out doing the farm chores. Famished and somewhat apprehensive — why was the doctor taking so long with her? — I wandered into the kitchen to scrounge something to eat. Usually there were Chez Piggy leftovers lying about, big hunks of cheese or a loaf of bakery bread on the counter. But this time there were only a few dark, blobby-looking cookies on a plate. I scarfed one down. It had a slightly bitter, dusty taste. I ate a second. Then I heard Rose slowly making her way down the stairs.

“I hope you didn’t just eat my dope cookies. I left them out on the counter,” she told me.

Oh dear. I had just wolfed down my friend’s pain medication. Not a good start for a sensitive bedside chat. When I told her this, she laughed — and then stopped, because laughing hurt her ribs.

“Oh well. They don’t seem to do much for me, so maybe you won’t notice anything.” I hoped so. Marijuana is not my thing. It makes me anxious and paranoid and not the sort of person you want to be around when you’re dying (“I think I see a white light, too!”). I also knew that her experience with it wasn’t going to predict what happened to me; someone who is suffering pain doesn’t necessarily experience the euphoria and buzz that dope normally delivers. So I braced myself to get very stoned.

We moved into the living room and sat down. As usual, Rose was more interested in talking about what I was doing than in saying how things were with her, and I had much to tell her… except that I was having trouble talking. The room was coming alive around me.

Those little sculptures on the mantelpiece, I thought—had I ever truly noticed them before? And what about that painting of the nude woman in a sort of tutu, hanging upside down—how disturbing was that? Then I started to worry that I wouldn’t be able to drive into Kingston, where I had arranged to stay the night. It was dark outside, snowing even harder now, and it was a 20-minute drive into Kingston. Could I manage it stoned? Should I? Wasn’t it more responsible for me to go upstairs right now, lie down and say, “You may have cancer, Rose, but I am stoned out of my gourd and can’t move.”

I explained my condition to Rose, who was concerned I might wander outside and never return, like the addled and gangrenous Captain Oates on Scott’s doomed expedition to the South Pole. Oates! Dear old Oates… Yes, my toes did look blackish—was it possible that the drive through the blizzard, with my foot pressed to the pedal, had given me gangrene? It was not out of the question! And why did Scott let Oates leave the tent in the first place? Why, why, why?

In short, I wasn’t fit for company. It was also obvious that Rose was tiring and yearned to lie down again. Focusing madly, I stood up and announced that I felt tickety-boo and was just going to buzz into town and let her get some rest. We could talk more in the morning, I said, taking charge of the situation. “You’re sure?” she asked. Absolutely, I said, looking at my purse and marvelling at its strange boxy shape.

The show was blowing in horizontal waves as I left. Driving… it’s quite a complex skill, I reflected. First I had to negotiate the long, narrow farm lane in order to reach the country road that led to the highway that would take me into Kingston. The lane seemed to go on and on and on. I passed the barn. Finally, the barn! There were multicoloured Tibetan eyes painted on the barn—no really, there were in fact eyes on the side of the barn. There was also a very large chicken-shaped neon sign, an old restaurant fixture. Their lane is not the best route to drive if you are stoned. And was I going 3 km an hour, or 30?

What kept me driving like a sane person was my profound desire not to add one more disaster to Rose’s overcrowded plate. I imagined the conversation among her friends.

“Did you hear how Marni came to visit Rose, but she ate her marijuana cookies and then plunged her car off the road into the St. Lawrence River on the way into town? Yes, Rose had to send her elderly sister out on the snowplow to winch her out….” No, no, that would not qualify as good palliative care.

Hunched over the steering wheel, mesmerized by the swirls of show that were snaking across the highway, fascinated by the whole concept of white lines dividing lanes of traffic travelling in opposite directions, I made it safely to town, where I decided that a bowl of soup might help straighten me out. So I went to Chez Piggy, Rose and Zal’s excellent restaurant, to have a bite to eat. I would sit quietly at the bar and try not to talk to the salt and pepper shakers.

In the lobby I ran into some friends of Rose—wow, what a coincidence! or was it?—who asked me to join them at their table. When I sat down, I warned them that I was too stoned to be decent company and explained how this had come about. Everyone laughed—a bit too hard and long, I felt—and then one of the people at the table said, “I’m so glad we ran into you, because I’m the one who baked those cookies for Rose, and I was wondering if they were strong enough.”

While she spoke, I examined two slices of bread as intently as if they were carpet samples. They waited. “Well, obviously they are,” she concluded.

Then I stopped by the home of Rose’s daughter, Zoe, who was inexplicably wearing pajamas and yawning. This did not prevent me from engaging her in a one-sided conversation about snow, snow crystals and snowflakes and how amazing they were. “Where is everyone?” I asked. “In bed, asleep,” she murmured. I had no choice but to drive to the friend’s apartment where I was spending the night.

I went to bed with deadly boring and persistent visions in my mind of steel vaults, a nested set of them. Perhaps it was, in fact, an image of my brain? Never mind! Eventually I fell asleep, and by morning I was more or less normal. The blizzard had moved on, and the sun was shining now. I drove out to visit Rose, who was in bed but rested and ready to see me. We both had a good laugh about my marijuana misadventures, and I left for Toronto.

What I didn’t learn until months later, after Rose had died, was that she’d left a sum of money to 15 of her female friends, with specific instructions. We were not to use it to pay debts, unless that was absolutely necessary. Instead, we were to spend it on travel or art, “something to beautify” our lives. It was a gift that made us reflect on what we truly valued — very Rose.

I used the money to go to Scotland to find my ancestral home — a rambling farmhouse much like the one Rose lived in. I gave some to charity. And I had a beautiful canoe made out of cherry wood, both a work of art and a way to keep travelling. On the bow of the canoe, I installed a small bronze plaque with Rose’s and Zalman’s names on it. 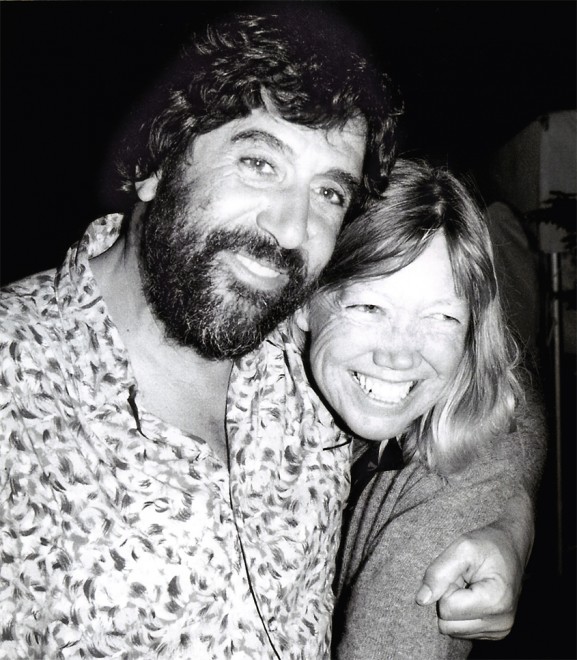 Rose and her husband, Zalman, celebrating at the wedding of their daughter, Zoe, in June 1998