"Walking with Our Sisters" is a powerful exhibition that commemorates the unfinished lives of hundreds of Canada’s Native women. 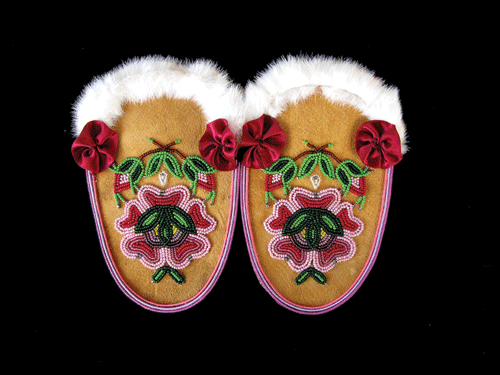 “I’d seen all the pictures on social media, newsfeeds and ‘missing’ posters and knew I had to do something,” says Christi Belcourt, an artist in Espanola, Ont. “Too many Native women have disappeared or been killed, and it is largely being ignored. I’m an indigenous woman; I have a daughter. This is our reality.”

Christi put out a Facebook appeal to create a visual memorial to honour the women. The artistic medium? Moccasins. Soon package after package of vamps (the uppers for moccasins) began arriving, overwhelming the post office in her small town. 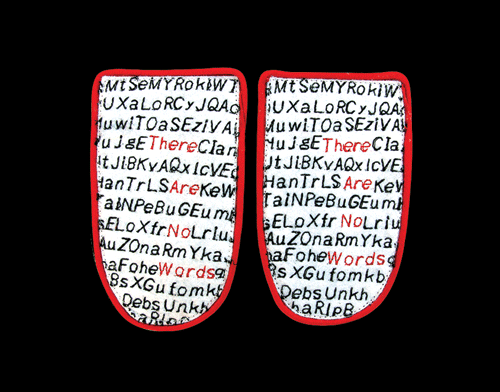 An astonishing 1,725 pairs later, Christi has created a powerful exhibition, “Walking with Our Sisters.” In it, the beaded vamps are installed in winding paths on heavy cloth along gallery floors. Visitors remove their shoes and walk beside the path, with their heads bowed to view the uppers, listening to recordings of traditional honour and grieving songs. “You have to come as a human being, with respect,” says Christi. “This isn’t adversarial; it’s a memorial.” One mother looked for her daughter, who went missing at age 18, until she was 90 and could no longer walk. 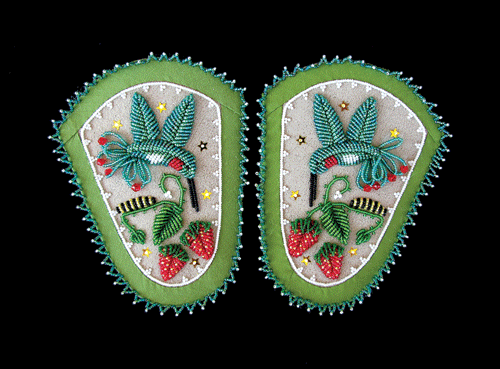 “The one thing that came up over and over in handwritten notes inserted with the vamps was the age-old teaching that when you’re doing stitchwork for someone else, put it down if you’re not in the right frame of mind, because of the energy you’re imparting,” says Christi. “Being in the presence of the vamps, you realize it’s not a myth. They can be quite overwhelming — the love, care and tears.”

NDP leader Thomas Mulcair got choked up by one pair when he visited the exhibition on its first stop, in Edmonton (32 stops are planned). They depict a chair in front of a table, with a button as a plate. Typed across the bottom is “Clearing the table her mom would hold the empty plate to her lips; a silent prayer for her daughter’s return.” 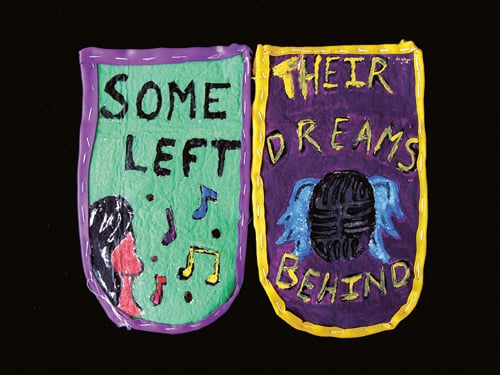 The exhibition commemorates 600 missing and murdered Aboriginal women in Canada. Some show traditional beadworking techniques; others are very modern expressions. The next stop for the 32-location exhibition that will run until 2019 is the Urban Shaman Gallery in Winnipeg (March 21 to April 12). For more dates, go to Walking With Our Sisters.