When mom becomes dad: Life as a transgender parent

Kal Ross was 17 when he gave birth to his first baby. Today he has five children — and is in the midst of transitioning from female to male. 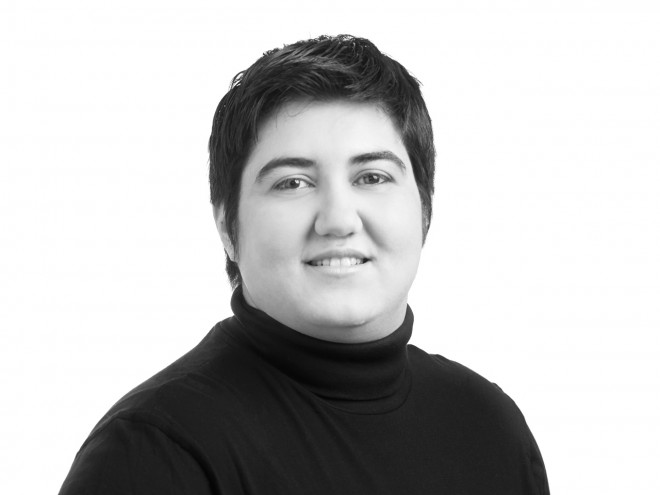 “Mommy Daddy.” “Dad 2.” These are some of the names my kids have started using as they transition away from calling me Mom — and I transition from female to male.

All this time, as happy as I was being a parent and as much as I loved my babies, I never felt like the other moms. I was surrounded by stay-at-home moms whose husbands worked long hours in Alberta’s oil industry. Many of them embraced being the primary parent and homemaker, seeing those roles as extensions of their femininity. It was a conservative place and the gender roles were rigid: The women I knew talked about clothes and worried about whether their kitchens were clean enough. I was never comfortable with that life, and I wasn’t comfortable with myself. I connected more naturally with men, but mostly I felt like I didn’t belong anywhere at all. There were men and there were women. And then there was me. 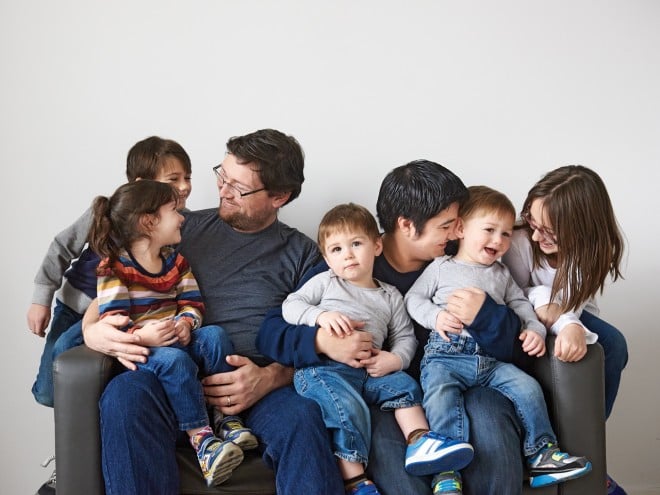 I was a tomboy growing up, jealous of the boys I knew because I wanted to be like them. Eventually, I started to think I actually wanted to be them. But in northern Alberta, where I grew up, there wasn’t a lot of education about LGBT people, specifically transgender people, so I wasn’t sure what to do with those feelings. I mostly put them aside.

But in the early days of motherhood and marriage, the feelings became harder to ignore. I felt less and less authentic when I was with my mommy friends — like I was lying all the time. I was becoming depressed and withdrawn. I’d always been overweight and had a lot of body image issues. After my third child was born, I lost a considerable amount of weight and I still wasn’t happy. It was clear then that my unhappiness with my body had to do with the sense that I was in the wrong body.

I started to think about my gender more seriously. Who was I? What did these feelings mean? I went online and read about gender dysphoria, which is defined by strong, persistent feelings of identification with the opposite gender and discomfort with one’s own assigned sex. I found online support groups for trans people and read about their stories, experiences and feelings. They sounded a lot like mine. Suddenly, it clicked. That’s who I am, I thought. I’m a trans man.

Related: What a transgender hockey player must sacrifice to stay in the game

At first, I felt a deep sense of relief. Throughout my whole life, I’d never been sure of who I was and what I was. When I realized there were other people like me, I felt as if I fit somewhere, as if I had a place, for the first time. But then I thought, I can’t possibly transition. I had built a life around my husband and our kids. My public identity was as a woman and mom. I was the primary parent; I belonged to moms groups and wrote about parenting for mommy blogs. I had no idea what it would mean for me to tell my family, let alone the world, I was a man. Would my kids accept me? Would my husband? How would my coming out as a man change all of our lives?

When I raised these feelings with my husband, it wasn’t a shock to him. I had been dropping hints for a while. And at that point, our marriage was pretty rocky. We were both working, but I had to handle all the child care and the housework. It was isolating, and I was miserable. I had begun to think I’d gotten married too young and wondered if I’d be happier with someone else. So our conversation about me being trans was tied to everything else that wasn’t working between us. It was a wake-up call. If we were going to stay together, then it wasn’t just me who needed to change.

That was two and a half years ago. We talked and we cried and we worked on fixing our relationship. My husband stepped up with the housework and the kids, and that left me free to focus on what was going to make me happy. I knew I wasn’t ready to come out yet — in part, because we wanted one more child. There are trans men who keep their uteruses and ovaries, and who go off testosterone for a period of time and get pregnant, and that’s great. But I didn’t think I could be pregnant after living as a man. I think it would have felt invalidating. So we decided to try one last time before I’d begin my transition. The way I thought of it was: It’s now or never. 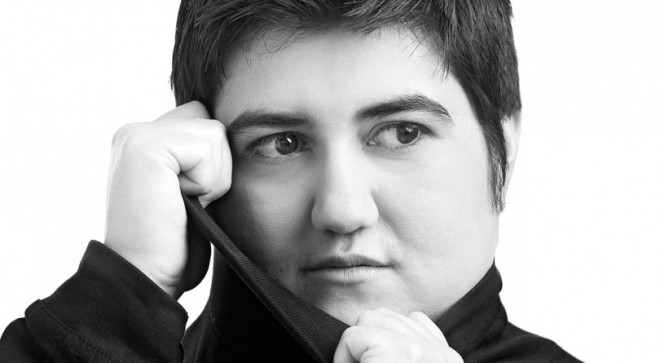 Well, it happened. And that last time, I had twins. It was a complicated pregnancy, and the babies were high-risk. Mentally and emotionally, I had begun my gender transition, but I hadn’t started any kind of medical intervention or told that many people. Gender-wise, I was living somewhere in between. My hair was short, I wore androgynous clothes and I told a few close friends I was considering gender transition. But because I was so focused on the twins’ health and my own, my gender became a secondary concern. I was anxious and sick, suffering from pelvic pain and hip dysplasia. I had hyperemesis gravidarum — the most severe form of nausea and vomiting in pregnancy — so bad that a few times I felt suicidal. The only thing that kept me going was the countdown to the end, knowing I wouldn’t always be so sick. My twin boys were born in the spring of 2015 and had to spend a few weeks in the neonatal intensive care unit before we could bring them home.

That summer, I crashed. I had postpartum depression and was home alone all day with five kids. And now that the pregnancy was over, the gender dysphoria was more urgent. By October 2015, I had a complete breakdown. I couldn’t get dressed or leave the house. At that point, I knew it was time to seek medical support for my gender transition and to come out for good. Through a trans friend, I found a doctor and got a referral to the Transgender Health Klinic in Winnipeg. I started taking testosterone in March 2016 and in October, I had an operation to remove my breasts.

None of this has been easy. But since I’ve started my transition and gone public, I’ve been so much happier. We had moved halfway across the country just before I started the process, so I’ve been able to come out to people as male as I’ve met them in our new town. Having so many relationships through social media also makes coming out easier. If you go to my Facebook page or Instagram feed, I’m a guy. In terms of my mommy blogger friends, I told them by writing about my transition. With the parents of multiples support group I belong to, I shared a story online that I had written about being trans.

Everyone has been supportive — and if they aren’t supportive, they’ve been silent. Some of my family members have struggled as they figure out how to relate to me as a man. But my family has actually been amazing, and I haven’t had any friends disappear or tell me they disapprove. In fact, a lot of friends and acquaintances have come to me to talk about trans issues. One woman I know suspects her young child is trans, and she’s asked for my advice. All the fears I had about not being accepted haven’t been realized.

When it comes to motherhood, it’s probably not surprising that I have mixed feelings about my identity as a mom. I don’t think I’ll ever get away entirely from being considered a mother, no matter how I look. It’s difficult for people to see you differently once they’ve established an idea of you in their head. Now that I’m a man, I’m not sure where I belong.

This gets more pressing as my body transforms. I haven’t changed my legal documents yet, but I fully identify as male. Taking testosterone has been incredibly positive for my overall stability and emotional outlook. My jawline is stronger and my voice is deeper. My breasts are gone. And as I look more and more male, my husband and I continue to figure out what it means for me to become a father. I don’t want to encroach on his space — being a dad is his role. And yet, home life is pretty straightforward, as far as our responsibilities go. We’re both present for our kids, and we each have things we’re good at. I’m great with babies because they’re uncomplicated. Their needs are basic: food, sleep, clean diaper, physical comfort. My husband, on the other hand, is better with the older kids. I’m not good at talking about feelings, and I can start to panic about screwing things up — bigger kids are harder to figure out, and I don’t always know how to engage with them. My husband tends to be more emotionally nurturing. He’s the one who explained my gender transition to the kids. He told the oldest, who’s nine and would be the one most likely to notice, that I was going to be taking some medicine and there would be some changes in how I looked and how my voice sounded. We’ve both talked with her about gender and gender stereotypes, and about the idea that gender is not what’s between your legs — it’s about how you feel. She gets it. She’s very much a little social justice warrior herself. She’ll correct her younger brother when he says a toy is a “girl” or “boy” toy by saying toys are for everyone. What I really want my kids to take away from my transition is that it’s important to be yourself and to allow others to be themselves.

One of the big questions is what the kids should call me. They’re so used to calling me “Mom,” and I don’t want to take that away from them. But at the same time, I’d love for them to call me something other than that, especially in public. They’re trying things out, but we haven’t settled on anything yet. It would have been so much easier if we had established a different name for me nine years ago — then the kids would have known me as that right from the start.

There are a lot more changes to come for me and our family, but I’m already feeling more at home. For the first time in my life, I can look in the mirror and not be uncomfortable with my reflection. Recently, I asked my husband what he sees when he looks at me. Have I become someone different? He said I still look like myself, just a lot more like my real self. 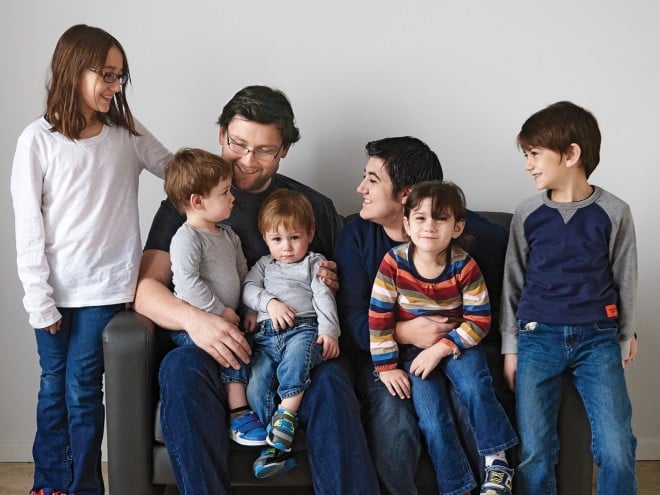 Kal Ross is a writer, blogger and parent of five. To learn more or follow along with his transition, visit elegyfortoday.com