Meet the doctor who’s winning the war against one of the world’s most-feared viruses. 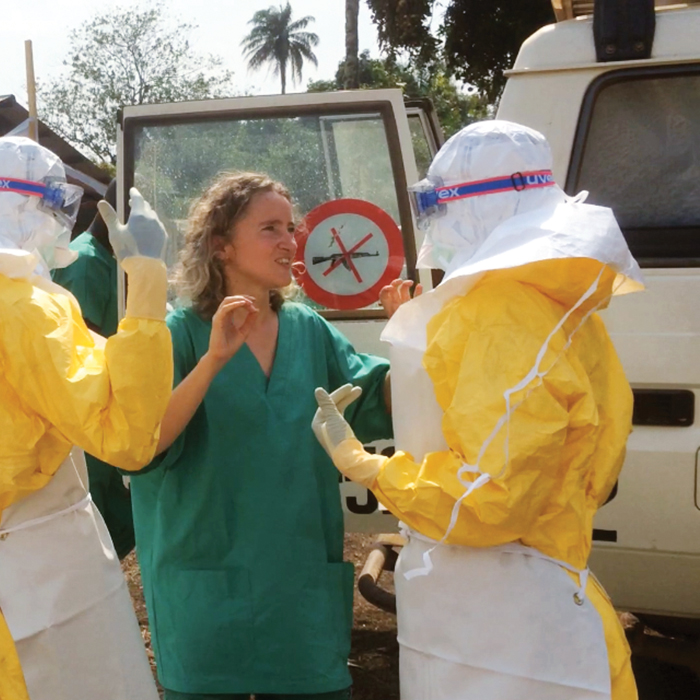 The protective suits doctors have to wear put such a strain on their bodies, they can spend only 45 minutes at a time in the isolation unit. “You sweat but without the cooling effect of evaporation,” says Jagatic.

Imagine you’re a doctor, going to work wearing an impermeable bodysuit at 40-plus degrees, where contact with one droplet of the virus you’re fighting could kill you. “Nothing gets in and nothing gets out,” says Tim Jagatic, a doctor from Windsor, Ont., who works with Médecins Sans Frontières/Doctors Without Borders (MSF). He has just finished a three-week stint in the Ebola isolation unit at the Ministry of Health hospital in Conakry, Guinea.

The disease has caused widespread panic in the region because of its horrifying symptoms (internal organ failure and bleeding from the eyes) as well as its 90 percent mortality rate — but it is treatable. “Ebola is nothing more than a virus,” Jagatic says. “We’ve had people walk out of our isolation units fully cured.”

As with many other viruses, the human body has the ability to kill it, and Jagatic makes sure each person gets the best chance by treating the symptoms so the body doesn’t have to. “If a patient has diarrhea we rehydrate them, if they have a fever we try to break it, and we give each patient the nutrition they need to create antibodies.”

Ebola spreads through human-to-human contact, most often when family members come in contact with loved ones who have died. Part of Jagatic’s job is to reduce the fear in the community. He regularly meets local leaders to explain the symptoms, tell people where to go if they get sick and teach them how to avoid spreading it.“People were panicked because they didn’t understand what was happening,” says Jagatic. “Now they know what to do.”

Thanks to MSF a handful of patients have left the clinic fully cured. Jagatic hopes these success stories will give people hope.