After too many months of too many deadlines and duties, I needed a thorough, quality hangout with myself. So I booked a solo week away and waited for the life-changing epiphanies to strike. 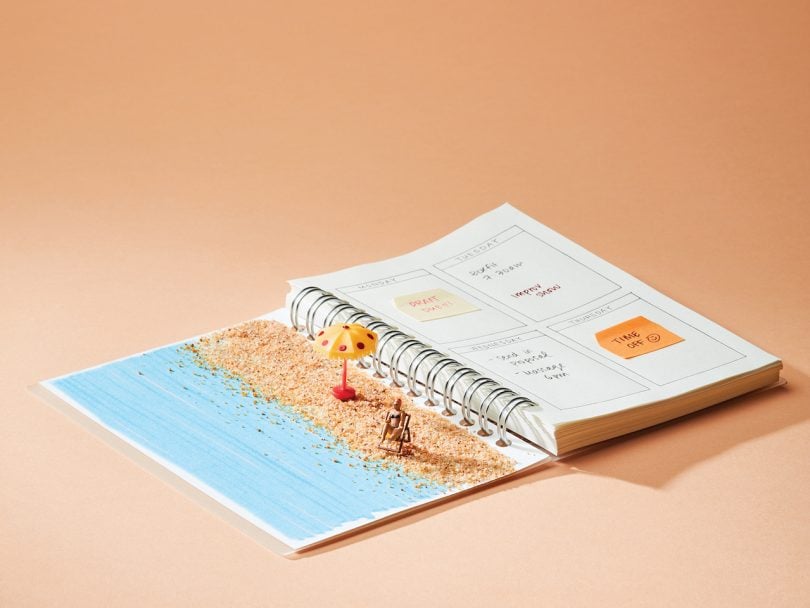 Well, great. I’m stuck at the bottom of an enormous hill. In a finicky foreign rental car. On the island of São Miguel in the Portuguese Azores, a mystical archipelago in the middle of the Atlantic. And I’m alone.

The ground is soaked, a soft, sprawling carpet of electric-green moss, engorged and heaving after an intense burst of rain. Everything is supernaturally neon and lush, which also means my tires have zero traction. I’ve pushed the car, and I’ve pleaded with it, repeatedly slamming my full weight onto the gas pedal, which only exacerbates the unsettling feeling that it’s sinking into the earth forever. It’s fine. It’s funny, even. “Find this funny!” I instruct myself, casually dancing in the suburbs of panic.

The bad news is I’m travelling alone, so I have to solve this myself. The good news is I’m travelling alone, so I can talk myself through it with as many awful Mrs. Doubtfire accents and expletives as needed. For the 91st time, I yank my tiny automatic car into reverse and am startled yet again by its abrupt zigzag backward at a hazardous speed. I slam on the gas and take a run up the hill, wrenching the wheel to the left just before my wildly uncontrolled merge onto the road ends in disaster. Seconds later, the windows are down and I’m flying on the highway. Okay. Okay! I’m under control. I’ve got this.

This is the rhythm of a week alone: moments of angsty, tangled loneliness that burst into soaring straight lines where everything’s suddenly simple, full of momentum and so unexpectedly liberating I have to laugh.

Booking this trip felt like a quietly radical act. I don’t know how most women arrive in their late 30s, but for me it was unexpectedly, with a pang of disbelief, like your math teacher handing out a test you’d vaguely known was coming but had forgotten to prepare for: Wait, that’s NOW?

I’d been so wrapped up in my day-to-day grind—staying afloat as a comedy writer and producer with wildly fluctuating levels of stability and job security—that I’d neglected an honest conversation with myself about the bigger questions. Was I actually fulfilled in all this constant busyness? Could I hit “pause” on everything to write a book one day? How should I navigate the paralyzing ambivalence around having kids that existed in my long-term relationship—a situation that was becoming increasingly difficult to ignore as my 30s galloped along and our social circle became a cavalcade of strollers. A situation that, if left unexamined much longer, would be rendered irrelevant by nature. I was burned out and feeling disconnected from myself. My days were a blur of people and deadlines and duties. I’d stopped really registering my accomplishments; they had become things anxiously checked off a list. I felt unsure of how much I was actually choosing. 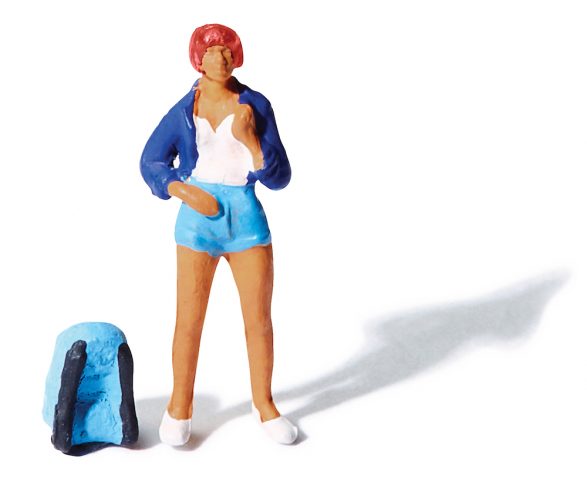 And so, as my friends with toddlers were learning to wield the power of the “time out,” I decided to take one for myself, a chance to reassess and recalibrate. I’d step on a plane to get an aerial view of my life. I booked 10 days off with no particular plan. For weeks, My Time Off sat in my peripheral vision, police tape carefully stretched around a mystery.

For travel inspiration, I traipsed around Instagram past tanned couples, honeymooners, drunken friends, armfuls of wet kids smiling behind snorkel masks. That’s when I realized: This time, I didn’t really want to be with anyone. I wanted a thorough, quality hangout with myself, the way you crave a long, lingering dinner date with a girlfriend you haven’t seen in months.

I took a strange pleasure in disrupting friends’ and colleagues’ notions of travel as either a romantic music video or a family-bonding exercise. Their reactions ranged from wistful, envious sighs to confusion to unspoken but visible concern whether everything was okay.

After determining I wanted to be alone, I knew I had to be somewhere rugged and wild—somewhere in nature, which always places a gentle, steadying hand on my chest. More than one friend mentioned the Azores, and I was smitten after Googling about three photos. Which is how, ridiculously, I began my liberating solo trip by promptly trapping myself in a deep trench of mud at the bottom of a hill.

Hours earlier, giddy and thoughtless, I’d rolled down that hill and abandoned the car in the rain to hike up to Miradouro da Boca do Inferno, a lookout over a neon-green volcanic crater cradling twin lakes. I’d inhaled the stillness and a granola bar. I offered to take a photo for a sprawling German family, their yelps and shuffles seeping into my solitude as they ambled up the volcano and struggled to fit into a selfie. The mother longingly surveyed the staggering vastness before attending to her kids’ pleas to head back down. In that moment I saw the best and worst parts of travelling alone: You’re never beholden to anyone else’s schedule, moods or preferences, but between the unfamiliar food, astonishing heights and gorgeous, sprawling oceans, a surprising amount of travel hinges on excitedly confirming with the person next to you that yes, yes, this is actually happening.

Each morning began with bewildering possibility, a pang of being so clearly and precisely me it was like I was meeting my adult self for the first time. I’d wake up to chickens conferring in the back-yard of my Airbnb, and there’d be one simple question floating gently among the dust motes in the morning sun: What do I actually want to do today?

For most women, the purity of that question is continually muddied by outside forces. A week of solo travel meant actively intending every detail of every day. With no one beside me to suggest activities, excursions, meals, naps or lazy beach days (or to judge whichever of those captivated me most), I’d exclusively be doing things I truly wanted to do. I would be constantly forced to make decisions from a real and honest place. The night I left Toronto, that muscle felt timid and weak.

Every Azores travel blog and friend of a friend told me to get on a boat. There’s whale-watching! Snorkelling! Island-hopping! Since childhood, I’ve dutifully struggled through some genre of boat-based activity on every trip I’ve taken, even though it makes me next-level nauseous and claustrophobic. This time,

I make a startling and triumphant decision: I will not do a single boat thing. At any moment! I feel the week stretch and yawn, unclenching, a soft and peaceful thing instead of a tense and nervous one.

I spend the mornings in cafés with books and alarmingly strong espresso. I hike the steep cobblestone streets of Ponta Delgada, exploring monasteries and pineapple plantations. I take on a tortuous vertical forest trail that rewards the cardiovascularly blessed with the pristine Salto do Prego waterfall at the top. I get in my temperamental car and drive ocean roads lined with cows and clamouring purple flowers. I soak, lazy and languid, in hot springs under sun-dappled trees. After dinner, I stroll around the pier with gelato, people-watching. As a woman travelling alone, my body intuitively avoids the skinny alleys and any wooded areas that feel too quiet or remote. At times, I’m resentful I can’t sit on the steps of a dark and moody cathedral all night with a notebook or lie back in the ocean at midnight under a sprinkle of stars and lose track of time. I’m frustrated that hiking is at best 90 percent meditative and 10 percent a nervous and continual scan of my surroundings. But I come as close as a solo woman can get to freedom. 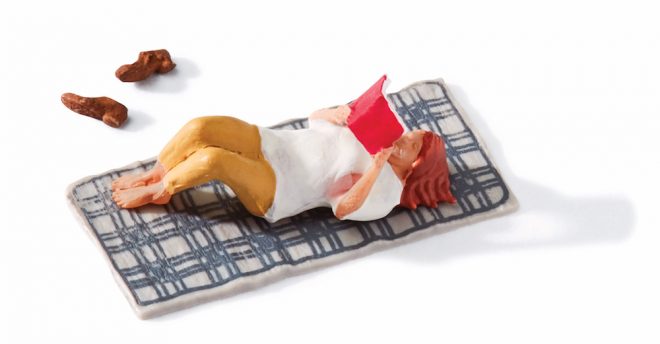 “I feel how quickly I’m tempted to paper over loneliness with work, Facebook and noise.”

It’s at night, when everything slows and softens, that I feel how unaccustomed I am to sitting at a table with just my own heartbeat and a vague plan for tomorrow, with no one to bounce it off—almost like giving it language makes it real. I feel how quickly I’m tempted to paper over loneliness with movies and work and music and Facebook and noise, how reflexive that’s become.

Because that busyness has fallen away, because I’m not pretending or performing for anyone, I’m left with an achy, amorphous kind of sadness. But after a few days, while lying on a beach in Povoação, it begins to seem okay to be weighed down and vaguely wistful sometimes. It doesn’t feel like something I need to run from or deny. When I let myself just sit in it, let the waves come and go, the jagged unease melts into acceptance; loneliness thawed becomes welcome solitude.

The melancholy was never about anything specific. It’s just a human feeling of having accumulated enough life: enough agony and unresolved stories and people left behind. Getting on a plane to go greet the vastness of things—the churn of the ocean, the sheer number of unfamiliar streets and words and people in the world—cracks me open, releases me from something, gives me permission to just be a real person, sad and hopeful, messy and searching. It’s perhaps because that vastness so perfectly mirrors the infinite uncertainty inside.

But every day, just before the undertow in my chest got too powerful, something small and quietly miraculous would happen. (You pay more attention in a new country, after all.) Turning up my narrow street, Rua do Passal, after the beach, I see a teenage couple lingering over his Vespa, flirting. He’s doing all the talking, and she’s forcing an anxious, continuous laugh. I don’t speak Portuguese, but that sound of nervous butterfly love, of constant pretending and performing, is so instantly familiar it makes me laugh with cringing recognition and amusement at who I also was, so many selves ago.

But now I get to be here instead, gratefully in my 30s with freedom, time, some money and many unfunny men behind me, whose jokes I gradually realized I didn’t have to laugh at. And now tomorrow seems impossibly alive, a thing I can’t wait to run to and wrangle.

I understand then that I won’t really return home with any thunderous epiphanies. Instead, I’ve realized how necessary it is to take this time to hear myself, to check in with myself—even if all I find waiting there is a strange and messy room. And that I need to do it regularly. And that it will always feel decadent and then inconvenient and then uncomfortable. Until maybe one day it won’t.

I quietly reverse out of the sinking feeling and there’s a sudden and simple rush back up the hill, and I’m flying down the road again, with the windows rolled down. Okay. Okay! I’m under control. I’ve got this.