Sarah Shourd was travelling with friends in Iraqi Kurdistan when they wandered onto Iranian soil. They were forced to put on blindfolds and taken to the country's most notorious prison where they remained in solitary confinement for over a year. 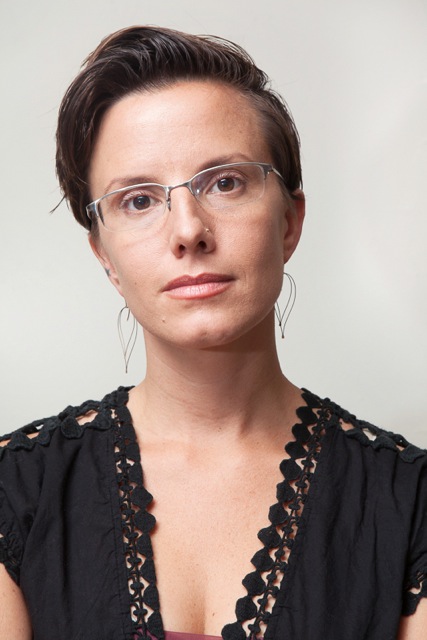 In 2008, Sarah Shourd and her now-husband, Shane Bauer, decided to move to Syria for teaching jobs. What followed during a vacation with friend Josh Fattal in northern Iraq can only be described as a nightmare: The three were taken prisoner when they accidentally stepped over the border with neighbouring Iran, and were held for over a year. Shourd, Bauer and Fattal tell their story in a new book, A Sliver of Light: Three Americans Imprisoned in Iran. Here, Shourd explains how her sanity was threatened by solitary confinement.

I was part of the anti-war movement in college during the US-led invasion of Iraq and Afghanistan, and I felt very frustrated. I wanted to do more. I found a job in Syria teaching Iraqi refugees whose colleges had been either bombed or shut down. Shane and I went together and had one of the best years of our lives; we were teaching and doing some writing and studying Arabic. A lot of people in Syria vacation in northern Iraqi Kurdistan — which would love to be independent from the rest of Iraq, and is probably the most pro-American place in the Middle East after Israel. And so we went there with our friend, Josh, for a week.

We kept seeing posters advertising these beautiful green mountains, and people kept telling us to go see a particular waterfall. We took a taxi out there and found hundreds of families having picnics and playing music. We decided to camp by the waterfall and asked at a tea stand about a good trail for a hike. I don’t think they ever expected us to hike as far as we did, but once we started we wanted to get to the top and we hiked for hours and hours. When we got to the top, we saw a soldier and he motioned for us to come to him. He pointed to the ground and said, “Iran.” And it was the first moment we had any idea that we were in Iran. We later found out that the trail we were walking on was the unmarked border between the two countries.

And then things started to get scary. We were forced into a jeep and driven into Tehran. We were forced to put on blindfolds and taken to Iran’s most notorious prison — a place where people are tortured and executed because of political crimes. We were put in solitary cells — and I remained in solitary confinement for the entire 410 days I was there. I was never allowed to meet with a lawyer or told my rights. I was interrogated for two months. I wasn’t even allowed to make a phone call home until after six months. I was held illegally and arbitrarily as a political hostage in the hope that Iran could eventually trade us for some kind of concession.

Solitary confinement was, by far, the hardest thing to go through. You really are reduced to an almost animal state. I tried to calm my mind by cycling through multiplication tables. I had very bad insomnia and I would just pace my cell, wringing my hands. Some days I was too depressed to get out of bed. And there were times when I was pushed to the brink of sanity. When I found out the Shane and Josh were going to be held together, and that I was going to be alone, possibly for years, that was the hardest thing to process. I crouched in the corner of my cell and suddenly heard screaming. I just wanted it to stop and I started praying because it was the only thing I could do. The guard burst into my cell and started shaking me, and I realized that the woman who had been screaming was me.

I realized that I had to figure out a way to resist what was happening to me, or I might not get out of prison sane. I began to accept and adapt to my situation in my own way. One of my big ways of coping was finding creative ways to fill the time. I would dance and sing. I would write stories and perform them for invisible audiences. I realized I could knock through the walls to the other prisoners. I developed a game with another prisoner where I would knock and then she would knock back and add a knock, and then she would repeat mine and add another knock. It was like we were composing music together. After months, another prisoner reached out to me and we started a clandestine letter correspondence. The other women — who included human rights lawyers and student political activists — came to be a huge support system. They would yell that they loved me as I was walking down the hall, and sing songs to me in English.

After 410 days, I was suddenly released with no warning. The judge said that I was being released early because I had been in solitary confinement, which is a severe punishment. At first, I refused to leave without Shane and Josh. But then I realized that I could better advocate for their release on the outside. That first week after my release, I went on Oprah and met with President Obama, President Ahmadinejad and Secretary Clinton. I was frustrated for several months that the U.S. government refused to offer even platitudes for the release of Shane and Josh. We reached out to everyone we could, including the Venezuelan, Iraqi and Turkish governments. Even Noam Chomsky, Muhammad Ali and Cat Stevens. A lot of people spoke out, and eventually the Iranian government decided it was no longer to their benefit to hold Shane and Josh. They were released a year after me, and we were reunited.

The end of the story for me, and the purpose that has come out of my experience, is my work around solitary confinement with Solitary Watch. In the U.S., we keep more people in solitary than any other country in the world. It’s often people who are sick or mentally ill. It’s people who resist their conditions, like I did. When I got out, I thought it would all be over. I would never have to be alone again, unless I wanted to. I would be able to reconnect with my loved ones. But it was actually very difficult. For a long time, it was hard to make eye contact, and if someone went to touch me I would jump. I had the best therapy available, and I still suffered bouts of rage. I felt really hardened and jaded. Now, it’s three and a half years since my release, and I’m mostly normal. But the only thing harder than getting out of prison is getting prison out of you. 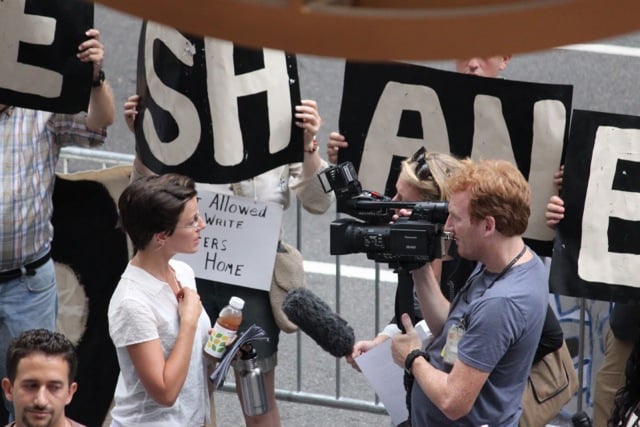 Sarah raising awareness and protesting the wrongful detention of Shane and Joshua.