A woman confesses her true sexuality to her husband

Rosanna Araujo was married with a five-year-old son when she fell in love for the first time . . . with a woman. 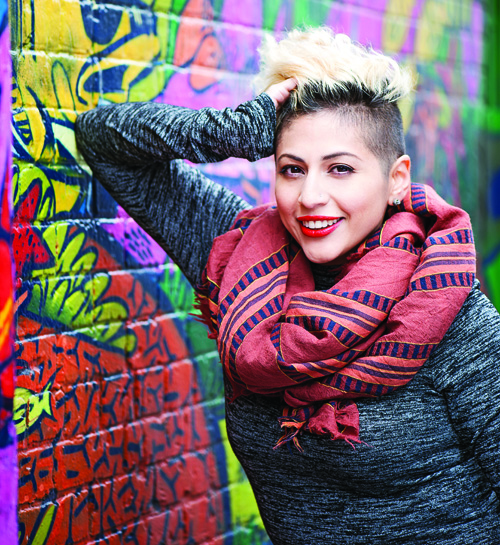 Rosanna Araujo and Lisa D’Alessandro met at Starbucks. Rosanna, a pretty Latina with a diamond nose ring and dark curls, had just been hired as a manager. Lisa, slim with big brown eyes and a quirky haircut, already worked there. For six weeks, they spent all day, every day, together — and Rosanna developed a girl crush.

“I was like, ‘Oh my God, this girl is so cool, she’s so much fun, I love hanging out with her,’ ” Rosanna says. “If we weren’t together, we were texting each other. Then, I started feeling like I would miss her if I wasn’t with her.”

Suddenly, it didn’t seem like a simple girl crush anymore. It was more like a real crush. There was just one problem: At 27, Rosanna was newly married, had a son from a previous relationship and was straight. Or, at least, so she thought.

Growing up, Rosanna didn’t really know being gay was a thing. “I was raised in a very Catholic home,” she says. Homosexuality was never acknowledged.

There were clues, though. As a child, Rosanna remembers getting a butterfly feeling in her stomach — for girls. “But because of how I was raised, I used to make myself think, ‘No, boys are cute.’ ” In university, she dated Jack, an athletic student studying social work. They stayed together after graduation and had a son — Sebastien, now five — but even though the relationship looked solid from the outside, Rosanna was never completely satisfied, especially sexually. She considered broaching the idea of a threesome with another woman, but had enough trouble coming to terms with the fact that that was what she wanted.

Things fell apart and Sebastien was less than a year old when they broke up. “Jack and I are best friends now,” Rosanna says. “We have an excellent co-parenting relationship — I tell him everything and vice versa. But at the time, I couldn’t tell him the reason we had so many problems. I could never say it out loud.”

After the breakup, Rosanna threw herself into dating. “I only went out with men but still never felt fulfilled sexually. It was very difficult to orgasm — I’d have to picture being with a woman.”

Eventually, she met a tall, burly guy named Alex who loved Sebastien. “I was like, ‘You know what? Maybe this is what I need. Maybe I just need to be with this guy, and whatever feelings I have are just going to go away.’”

A year later they were married. Not long after that, Rosanna met Lisa. The connection between the two women was so obvious that co-workers noticed, friends noticed and, eventually, Alex noticed. He gave Rosanna an ultimatum, Lisa or him. Rosanna tried to break off the budding relationship, and couldn’t do it. Her marriage was over, and so was her life as a straight woman. 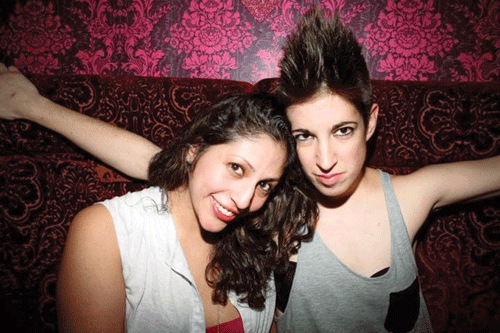 After she and Lisa got together, Rosanna got the obligatory Big Change haircut (short, blond, asymmetrical) and their relationship became Facebook official. For the first time ever she was satisfied sexually, too. But she also lost friends and was criticized for not coming out sooner. There’s no easy explanation, she says. She thought of herself as straight — until she didn’t anymore.

The worst part was telling her parents. Her mother said she loved her regardless, but her father was silent and hasn’t spoken to her since. “I want Sebastien to have the stability of family,” says Rosanna. “But also to understand that we may have to build our own.”

Although things didn’t work out with Lisa, Rosanna knows now she’ll never date another man. “That was the healthiest relationship I’ve ever been in. I was seeing a counsellor for a while because I was really confused. But I don’t need to anymore, because I’m comfortable in my own skin. I’m a gay woman who has a son — and I’m happy.”