How to bounce back from epic failure

The whole world thought Paula Findlay was destined for Olympic gold, instead she finished last. She opens up on the bright side of defeat. 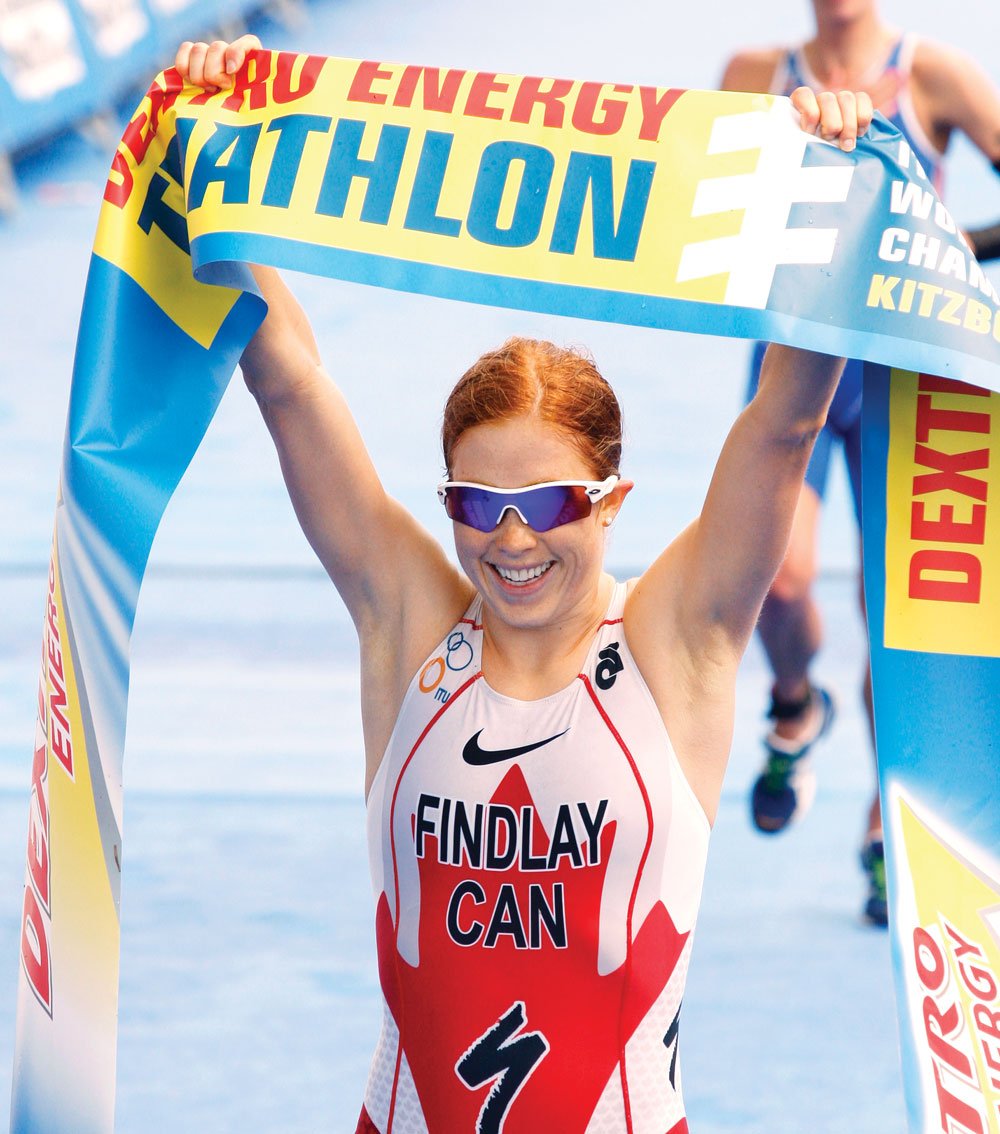 You can choose to wallow in self-pity, go on the internet, Google your name and see comments that are negative. Or you can direct your focus elsewhere. That’s what I did. It wasn’t easy at first. I was in a really low state after I finished last in the triathlon at the London Olympics and I didn’t know exactly how I would pick myself up again.

Dealing with disappointment wasn’t something I knew much about. I’d been very successful at a young age and never really had a bad race before. I was used to having podium finishes and flying home on the airplane super happy. It’s a different world when you come back without a positive result, especially when it’s so public. The disappointment I felt in myself was enormous.

First, I returned home to Edmonton. I needed to surround myself with family and friends. It was refreshing to be around people not necessarily linked to the sport, and it allowed me to step away a bit.

I’ve always found support in inspirational quotes and stories. After my Olympic disaster the one I kept repeating in my mind was “What might seem to be a series of unfortunate events may in fact be the first steps of a journey.”

Yes, I hit a rough patch, but coming in last isn’t the worst thing that could happen to me. I began to realize every single setback is not necessarily permanent; they can push you forward in different ways. It’s important to acknowledge your weakness in order to get stronger. It’s easy to work on only what you’re good at because it boosts your confidence. But when I started to go outside my comfort zone and work on improving things like my open-water swimming and cycling skills, I saw how the biggest gains I have to make are actually through my weaknesses. I might not enjoy working on them at the time, but it’s the best way to move forward.

The real process of getting back on track, however, began with starting afresh. I found a new coach and a new focus. This time it’s not about chasing the number 1 spot—because that isn’t sustainable.

Here’s what my experience has taught me: You have to be open-minded to make changes. You can’t repeat the same thing and expect different results. Know that there are many different paths you can take to achieve the result you’re after. Be as flexible as possible in your approach as you fight for what you want. But above all, never give up; finish what you start and keep on believing.

FILED UNDER: failure How to do everything better