Our daughter was born with part of her esophagus missing: A father's terrifying journey

A routine fetal scan ended with the words no parent ever wants to hear: "There’s a problem." Three months later, writer Rowan Somerville’s daughter was born with esophageal atresia 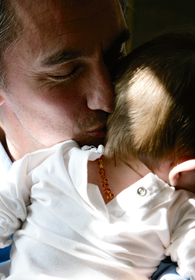 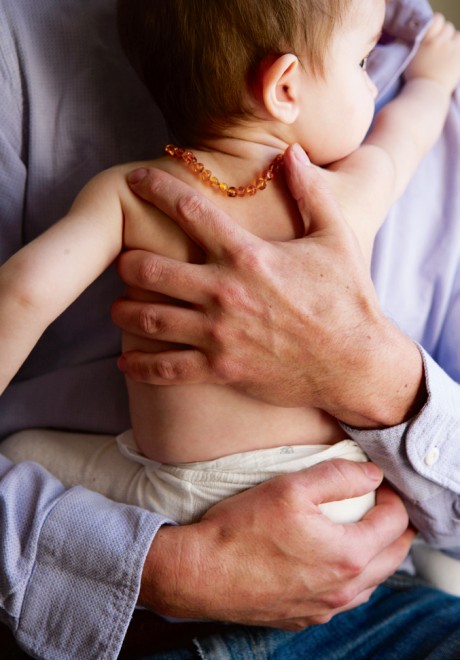 I’m not a worrier by nature, but from the moment I found out that we were having a baby, I had a dull sense that something was wrong. Caroline did too. We didn’t mention it to each other — but it was there, gnawing away like a voracious woodworm in the fragile timber ship of our relationship, far out at sea (well, in Paris, actually).

Despite this, when the obstetrician finished her scan on Friday afternoon with the breezy comment that she’d like someone else to have another look, no warning bells rang, at least not for me. On Monday morning — with the extraordinary efficiency that characterizes the French health care system — we got a call saying we had an appointment at a hospital in the north of the city. It was a horrible rainy day, and above the peeling facade of the 1960s-era hospital, a faded banner protesting nursing cuts flapped and whipped in the wind like a loose sail. A huddle of people sucked at cigarettes outside grimy glass doors — no one wanted to be here, least of all us.

This scan was slightly longer than usual, the radiologist curt and spikily polite in that Parisian way that makes you feel as if you are being told off. It all seemed okay until she turned to Caroline and said these terrible words: “Madame, il y a un problème.” The ship that was our lives and our hopes for the future splintered and smashed into pieces, and we found ourselves in very deep water.

We were bundled into an ambulance. We held hands and held back tears. When we pulled up to the new hospital, neither of us knew that Caroline would not leave until she gave birth nine weeks later, and then it would be another five months before we would be home together.

The prenatal diagnosis was that the baby was showing signs of a congenital abnormality known as esophageal atresia (EA). In everyday terms, this means that a part of the esophagus, the tube that links the mouth and stomach, had not formed; it was missing. In roughly half the cases of EA, babies will have an additional birth defect, which, at the extreme end, can make life very difficult, even impossible. Caroline did not want to know any details so I didn’t mention the severity or even existence of the other potential problems until the test results came through three weeks later. The good news was that our baby would be clear of everything but the atresia. The bad news was that the EA itself was of the most severe type, meaning that the missing link between her stomach and mouth was categorized as “long or very long.”

The two months leading up to the birth were agonizing for Caroline. Normally, amniotic fluid is regulated by a fetus swallowing and peeing. But with this type of atresia the mouth is not connected to the rest of the body, so a message is triggered demanding more amniotic fluid; the mother swells and swells and by five months is the size of a healthy woman at term. It’s incredibly uncomfortable and increases the chances of a premature birth.

Caroline lay on a hospital bed for two months in constant physical pain and terrible mental anguish. I was doing my best, dashing between our apartment and the hospital, naively trying to cheer her up with food and movies and not understanding that, in truth, she didn’t care what she ate or what went on in the world outside. She wanted her baby to be well; nothing else mattered.

Caroline had wanted as natural a birth as possible. If she had been able to choose a beautiful forest next to a waterfall with an experienced midwife on hand and half a dozen dolphins frolicking about in the water, that probably would have been ideal. But the moment a woman enters a hospital it’s as if the world becomes rigidly male, a world of hard technological necessities, of dull green sheets, industrial chemicals and shining surgical steel — a world without choices or feeling.

It was heartbreaking to see how the birth was the very opposite of what she’d dreamed of; it was totally medicalized and seemed little short of brutal. But the sheer delicacy of our baby’s physical condition, and Caroline’s, meant they did not want to take any chances. A few dreadful hours later, after some terrifying tugging, clamping and suctioning and the use of tools that wouldn’t have looked out of place in a 19th-century operating room, our tiny baby girl, Camille, was placed whimpering and snuggling into her mama’s arms.

The pediatrician was pacing about next door, anxious to inspect Camille as soon as possible, and I followed the nurses as they carried her away. I picked her up as soon as I could, and the tiny little thing stared at me with dark unblinking eyes, utterly present. At that moment a strange truth came to me: We will always be friends. It sounds so simple, weird even, thinking of a baby as a friend. But there it was; it was a moment between two beings, a moment of grace. But it was soon interrupted as a nurse reminded me that I must hand her over for the first tests. I couldn’t do it, just couldn’t, because my new and dearest friend was staring into my eyes as if imploring me not to let her go.

I brought her up to my eye level so we were face to face: “I am your father,” I said to her. “I love you and I always will. Although I am letting these people have a look at you, you will be safe and I will always be with you.”

Twenty minutes later I was taking a washed, tagged and softly mewling baby back to her mother. I watched the compassion and love flowing from Caroline’s gaze: It was like a golden beam of light drenching Camille. It was beautiful and wondrous to see and yet tinged with a terrible sadness because I knew it was about to be severed. Soon, too soon, a team of doctors, anesthetists and nurses wheeled in an incubation box and unclasped our baby from her mother. I will never forget her forlorn little gaze as she was wheeled away. It was hard for me, but for Caroline — my sweet Lord, the baby was still part of her. I can try to write it, but I will never really know what it was like for her.

Months passed in the hospital. I can only call them terrible months despite the fact that everything went well. Camille was always enmeshed in a web of tubes and wires: a tube that went straight into her belly, one in her nose, sensors everywhere — all monitoring and keeping her healthy, each in its own way a godsend but difficult for the poor little girl to cope with. Not that she ever buckled. Her courage was extraordinary and in a profound way an example to me.

When the day finally came for surgery, Caroline and I had agreed that it would be my job to take Camille to the operating theatre. I walked with a nurse through the basement tunnels that linked the hospital buildings. Camille was in my arms, wrapped in a green surgical sheet, her little body growing heavier as she succumbed to the sedation. An elevator took us up to the operating floor. A nurse, masked, dressed in scrubs, stood waiting for us, waiting for Camille. I handed her over. He was a big man, and Camille looked so tiny in his arms. It took all my energy to prevent the whole world from shattering. I turned away and went back to find Caroline.

I sit here now, writing this, four months later. Made-up stories come to an end, but real life doesn’t stop with a period. The only enduring truth is that things change and sometimes, even in this world so full of injustice and suffering, things change for the better. That is what has happened to us. The operation — all eight hours of it — was a stunning success. The dedication, concentration and sheer talent of the surgeon, the high level of pre- and postnatal care of the medical team, the extraordinary state-run health service of France and the unwavering and selfless commitment of Caroline toward Camille all allowed our baby to heal. And let’s not forget the star of this particular tale: Camille, drinking her milk, gurgling with pleasure, flapping her arms in delight like the sweetest little bird in the world.