One urbanite ponders the appeal of camping

Marilisa Racco thought she could get over her aversion to sleeping in the great outdoors. Boy, was she wrong. 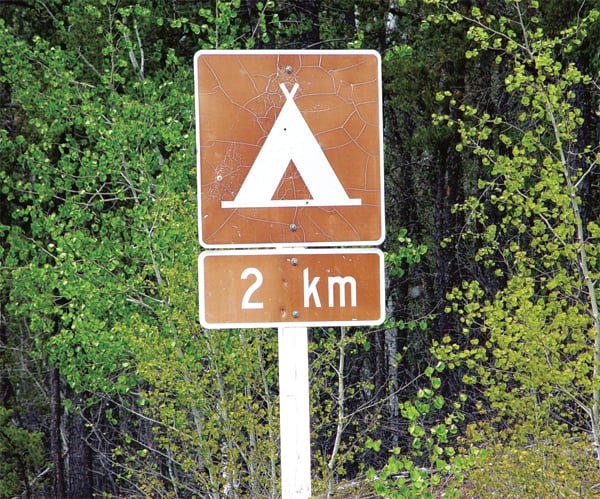 There’s a much-told story in my family about the one time we went camping. It was a sunny summer day in the mid-’80s. My family had joined our overzealous camping friends who had already pitched a tent in a park just outside Toronto. Somewhere between a boozy picnic lunch and early-evening cocktails, they convinced my parents to stay overnight.

As the lore goes, when my mother asked where she could brush her teeth and was pointed in the direction of the park’s public bathroom, she fainted and came to with her Gucci purse propped under her head and my father fanning her with a Ferragamo scarf. We then checked into a motel.

Part of that story is untrue, of course. The scarf was Hermès. But the message I gleaned from that experience was this: We are not the camping kind. The thing is, over the years I’ve grown increasingly irritated with outdoor enthusiasts looking down their sun-damaged noses at me because I’m partial to 500-thread-count sheets and indoor plumbing. It’s as though they think my aversion to camping is somehow unpatriotic.

Eager to prove my Canadianness, when Mountain Equipment Co-op (or MEC, as the camperati call it) invited me to a Learn to Camp event, I agreed to give it a go. Organized with Parks Canada, the nationwide program, now an annual event, was created to encourage urbanites and new Canadians to “find enjoyment in camping.”

Part of MEC’s inspiration for the program came from talking to newly arrived immigrants who couldn’t understand why anyone would deliberately leave the comfort of their modern home to sleep on the cold, hard ground. (My words, not theirs.) Armed with a determination to prove myself to the disdainful nature lovers, I put on my most respectable outdoorsy outfit (cargo pants!), slathered my face in SPF 50 and braced myself for a life- altering 18 hours.

The day’s program was broken into workshops where Parks Canada volunteers and MEC ambassadors taught us how to spot poison ivy, survive a night lost in the woods and make an omelette using powdered eggs and a vivid imagination. As evening fell and groups gathered around their respective campfires, my boyfriend and I stared at each other blankly, asking ourselves the age-old question that has plagued overstimulated urbanites since the dawn of the Industrial revolution: What do we do now?

It occurred to me then that one of the driving forces of my attitude is not, in fact, a proclivity for Frette linens, but the prospect of being in the middle of nowhere for long stretches of time with nothing to do. But I was in it to win it. As everyone else yawned and crawled into their tents, my boyfriend and I cracked the first of two contraband bottles of wine we’d packed. We told stories, cracked jokes, flipped through trashy magazines and eventually retreated to our tent where we watched movies on his tablet. Basically, exactly what we would have done had we been home, minus the option of heading down to the local bar or peeing in private.

When morning came, we dragged our cramped, somewhat hungover bodies out into the cool early-summer air, looked at each other and wordlessly agreed we needed to get back to civilization — fast. We hastily quaffed some weak coffee, packed up all of our gear and made a beeline for the car, eager to skip out on the calisthenics the schedule called for. I swear my breathing didn’t go back to normal until I saw the city skyline. It turns out, I am truly not the camping kind.