Non-Monogamy Was Great—Until I Fell In Love With A Married, Monogamous Man

I used to imagine the married man and I could make it work. But our affair was breaking the foundation of my newly-built non-monogamous life. 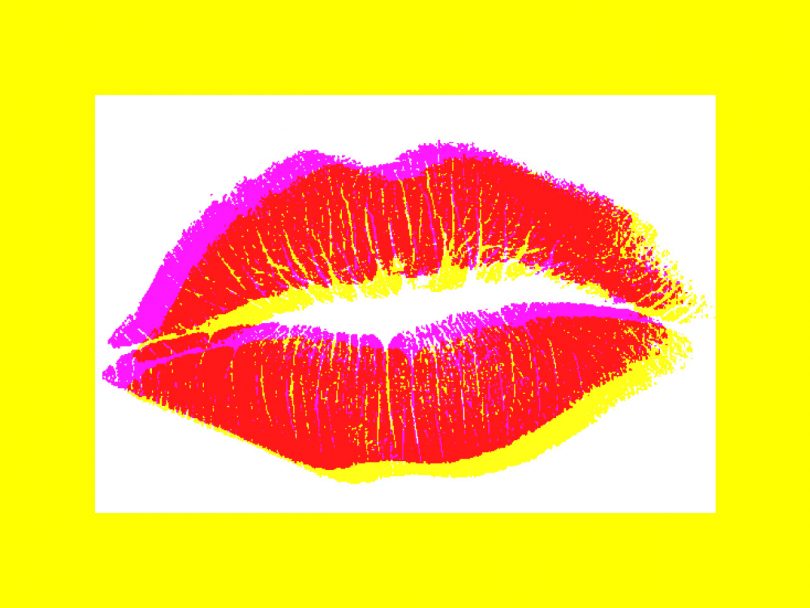 Read Part I and Part II of Kaitlin Fontana’s series on non-monogamy.

The first man I ever fell in love with was a substitute teacher. It was 1992, and I was in grade three. I remember him as “grunge guy moonlighting as a substitute teacher,” which is to say he had long hair tied back in an unruly low ponytail, was wearing a tucked in flannel shirt, and was in my life too briefly. His name escapes me, but let’s call him Eddie Vedder (the second man I fell in love with).

I won a writing contest sponsored by my town, and the prize was a dictionary, which I thought was amazing at the time. Someone delivered the prize to our class, and the sub hand-delivered it to me. As he knelt by my desk, I could smell him. It was the smell of the woods and beard oil and something else appealing that I couldn’t then understand but which I’d now call “man musk.” “This is wonderful, Kaitlin,” Eddie Vedder said to me. “Whenever you learn a new word, you should circle it. Then you can look back and see how many new words you’ve learned.” I nodded solemnly, but inside I swooned: He got me, completely. This is all I’ve ever wanted in a man since: A beard, a love of words, encouragement, understanding and a nice smell.

Twenty-five years later I found it, right around the same time I found non-monogamy. There was just one problem: He was married, and not openly. I had been reading about non-monogamy and knew full well you can’t be an ethical slut without being ethical. But I went for it anyway.

Love and sex are complicated, and if there’s one thing non-monogamy has taught me, it’s that, in my view, we’ve got the whole process backwards. We have been taught to FALL in love, to be MADLY in it, to RUSH IN like a fool; we have been shown by the world that this is how you know you’re in love, when your head is nowhere to be found and your heart is in charge. Once you’re brought together, once you’ve ravished each other and lay spent in the bed you have made, once you’ve collided, then you are supposed to roll over, turn to this ecstatic expression of everything you want and say: “Now that we’re here, let’s settle down and make some rules about it.”

Does that suck the beauty out? Does it make the sex less fun, less fiery? Not in my experience, because rather than limiting you, an ethical scaffolding can give your love life structure, nuance in which to play loudly, vibrantly. It allows you to grow tall upon it, to create a beautiful, Frank Lloyd Wright-esque romantic existence for yourself that looks however you want, can contain whatever rooms you want it to, in whatever numbers. But this beautiful structure still needs to be built to code: A set of rules that allows you to move from floor to floor as you please, but ensures no one gets hurt. I wrote—am still writing—this code for my non-monogamous life. And then I did the complete opposite.

I used to imagine the married man and I could make it work. I projected a future on us even though I knew he was not available to me, that our affair—which is what it was in the end, just an affair—was breaking the foundation of my newly-built non-monogamy. His marriage is not open and never will be. His wife does not know, and likely will never. This is wholly, fundamentally not what ethical sluttery is about. I think monogamy is a lie, for me. But ethicism demands that I allow everyone else to define that for themselves.

There is not part of me that ever wanted, or now wants, to be the other woman. My heart hurts to think about it, even now, as I saw how that warped my parents’ marriage. (Though I would argue that monogamy itself warped their marriage more, but I digress.) I can wax poetic about how I love this man (I do), and how that love made me overstep these boundaries, but that would be a lie. I chose to disregard my ethicism. Love was not the cause but the excuse to do so. I fell, I rushed, madly. This was a mistake.

I love him more than I have loved anyone else, and I’ve loved him longer, too. I have a recurring dream about having his children. He is funny, kind, loving. He’s my best friend, even now. I hesitate to use too many specifics to describe him, lest I out him. He is, however, aware that I am writing about him. Endorses it, invites it. But, we are no longer together romantically because we can’t be together ethically. One night we looked at each other and knew we couldn’t do it anymore, just like we know everything else that’s ever passed between us (ironic, for someone who loves words, this wordlessness). And that’s important, that moment of mutual understanding. That’s love. Our love didn’t go away, and it’s right there in my gut like a stone—sometimes warm and comforting, sometimes heavy. But I absolutely cannot continue to build my sluttery without the scaffolding to support it.

A lot of people think non-monogamy is about a disregard for any and all rules, but the opposite is true. This mindful, purposeful romantic life, this is what non-monogamy is all about. Being a better human to yourself and others. Being intentional in your lovelife and your choices.

A few people (cough…men…cough) have written to me since the inception of this column to say a version of “Thank you, I’m so bored of my wife/girlfriend/kids and now I know that’s normal and I can leave them!” This is not what non-monogamy is: It’s not about hurting. It’s about healing. Healing you, your family, your partners and lovers. It’s not about romanticizing cheating. It’s about choosing to make your life bigger to make room to love more people, freely. Honestly. Done right, you feel your heart grow bigger, your life expand. Done wrong, you carry it heavy, like a stone in the gut.

I’d be lying if I said I didn’t wish for something else for us, me and this man, but the decision to stop has given both of us lightness, clarity. It was heavy to be together when we couldn’t do it freely. Stopping it is the hardest thing I’ve ever done, and the best thing too. It’s intentional, adult, focused. Those are not words I’d assign to my love life when I was monogamous. That, my friends, is growth.

I sometimes wonder where “Eddie Vedder” is now. He’d be around 50, which is remarkable to think about. Non-monogamy isn’t a word in my 1992-issue dictionary, and I never would have guessed it’d be one I’d seek out, 25 years later. The little girl who fell for her teacher—who viewed a dictionary as a prize—is still in there, but at some point she had to put the book down and start building her life, from the ground up, to her own code.

Kaitlin Fontana is a non-monogamous writer, director, and producer and an award-winning essayist from Fernie, B.C., who now lives in Brooklyn. Read more from this series, including reason she chose a non-monogamous life, and about her first foray into online dating.