My Almost-Abortion Left Me Conflicted Over How I Should Feel

I made a decision that I believed was best for me and my family. One that I felt was mine to make. Yet, it was one shrouded in shame and guilt, never to be spoken of. 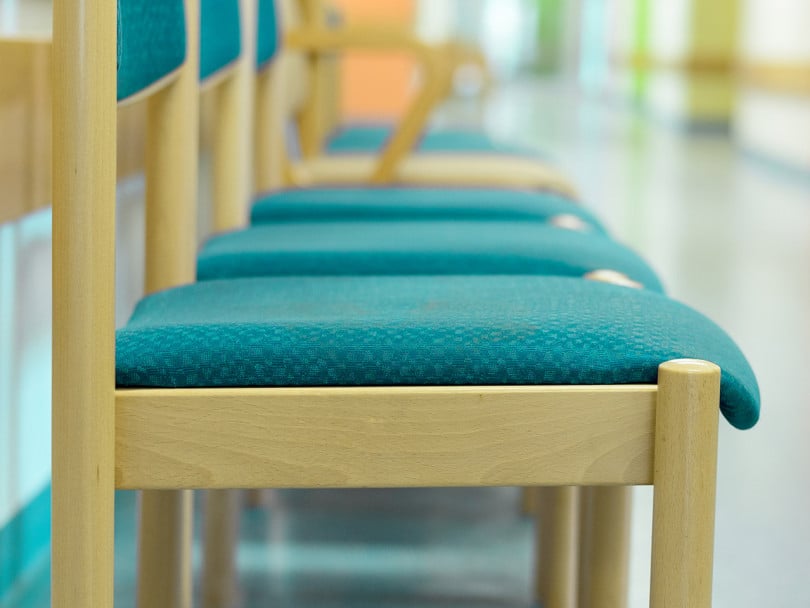 I just couldn’t shake the jetlag. We were halfway into our 10-day trip to Bangkok,and I still couldn’t keep my eyes open past 7 p.m. Initially, I chalked it up to a combination of the time difference and the Thai heat. Even when my breasts became tender to the touch, I assumed it was the change in time zones that was wreaking hormonal havoc and causing more extreme pre-menstrual symptoms than usual. Another pregnancy was simply inconceivable. I could not be pregnant. But the symptoms didn’t precede my period, which always makes its appearance like clockwork—every 28 days. This time, it never came.

The flight back to Montreal was long and restless. I could feel the dread and panic building as I realized that pregnancy was a very real possibility and I drifted in and out of agitated sleep. The non-stop dialogue in my head went back and forth from placating to worrying.

“I can’t possibly be pregnant. We’ve been safe.”

I imagined our family as we were and as we would be with a new baby. I imagined how our lives would change. How my life would change. With our son almost four, I was finally starting to rediscover myself outside of my role as a mother. And my partner and I were just starting to feel like a couple again. We were good. I wasn’t ready for things to change. I desperately did not want to be pregnant.

As I grappled with the prospect of an expanding uterus and family, I couldn’t help but consider all the implications—physical, mental, financial—of having a new baby. I imagined myself heavily pregnant, my body no longer my own. I was keenly aware of the societal pressure to bear children.Though I was born in Canada and have made my life here for the last 15 years, the first 15 were spent in Jamaica where I was raised by my paternal grandmother. Having spent those very crucial years in Jamaica, I thoroughly identify as Jamaican. And as such, I knew that even the idea of entertaining an abortion is unspeakable. Children are blessings from God. An abortion is a sinister act and is widely condemned as such. I rejected the thought. I would never, could never have an abortion. I couldn’t be pregnant.

I got my confirmation within minutes of arriving home from the airport. The pregnancy test read: three to five weeks.

A wave of nausea came over me. Having experienced morning sickness before, I knew this wasn’t related to the pregnancy. Not physiologically, anyway. This was intense fear and panic, and I didn’t know where one stopped and the other began. I willed it not to be true and took another test. Still pregnant. Unplanned. Unwanted.

My partner, being the organized one in the relationship, had already started to unpack. I nervously stood in the doorway of our bedroom.

We had agreed that we didn’t want to have another baby. Not yet. But I was worried that two positive pregnancy tests bearing tangible evidence of an impending new baby, our baby, would change his mind. And that I would be forced, by my morality and his change of heart, to continue with the pregnancy.

He was tender and careful as he told me, “You know how I feel. But I’ll support you in whatever you decide.” And just like that, the fate of our unborn child and the future of our family fell squarely on my shoulders. And already, I could feel myself buckling.

I cried myself to sleep. And for the next three days and nights, I wrestled with the decision. I knew I did not want to have a baby. Unlike my first pregnancy, there was no tender caressing of my still-flat stomach, marvelling at the life it now carried. I did not daydream of my baby’s sleeping face, nor quietly hope for a particular sex. Instead, I wished it could just be undone. And I felt guilty, but more than anything, I felt a deep sense of shame. I was ashamed of rejecting the life that was growing within me. Even if it was a gift I knew I could not accept. Ashamed of the decision I had made, even though I knew it was the best one for my family and for me. Ashamed of not wanting my baby.

The morning of my appointment, we drove to the clinic in silence. I felt alone. Of course, I knew that I wasn’t. Not in the car, nor in my decision. At that time, I knew of three women, two of whom were very close friends, who had had abortions. In, fact, around 90,000 abortions are performed every year in this country, according to the Abortion Rights Coalition of Canada. Like those women, I made a decision that I believed was best for me and my family. One that I felt was mine to make. Yet, it was one shrouded in shame and guilt, never to be spoken of. A secret to hide at all costs.

Despite how common they are, abortions are still widely condemned, particularly in my community. An abortion is viewed as among the worst things a Jamaican woman can do, regardless of her ability or desire to provide for a child. It doesn’t matter if she’s unable to send them to school, or if she’s struggling to raise them alone, at least she didn’t have an abortion. Popular Jamaican dancehall songs are laden with insults toward women who “dash weh belly” in Jamaican patois, which literally translates to “baby thrown away.”

As I sat in the waiting room, I was confident I’d made the right decision. Still, I knew it was one that I would keep to myself. I’d never tell a soul.

I looked at her and at the screen. She repeated, “Nothing. Looks like you lost it.” It finally dawned on me that what I had mistaken for implantation bleeding was a miscarriage.

I tried to make sense of what had happened and what I was feeling. I suppose the best way to describe it is that I felt numb, closed off to any sense of loss—I felt I had no right. I was relieved I didn’t have to go through with the abortion, and I felt guilty for feeling relieved that I wasn’t pregnant anymore. Yet somehow, amid the confusion, I also knew everything was going to be okay.

We drove home in silence.

The days and weeks that followed were very much like the days and weeks that preceded—strangely normal. We were a family of three as we had been for four years, and as we would be for another three. I was at peace with the end of my pregnancy, though, I was relieved it happened naturally. I am well aware that those two words—“there’s nothing”—have had the complete opposite effect on millions of women whose hearts and dreams are shattered at the news of a miscarriage. And I suppose it’s easier for me to live with the guilt of not having a baby I didn’t want than having one I didn’t. We welcomed another perfect baby boy last spring.

Abortions are still illegal in Jamaica and, though legal in Canada, they remain a very taboo subject. The most notable change in recent years, and perhaps, subsequent shift in attitudes toward abortions is the fact that more women are openly admitting to having them. Last April, Jamaican Olympic medalist and current member of parliament, Juliet Cuthbert-Flynn admitted that she had an abortion at 19. This admission sparked a national discussion about the importance of women exercising agency over their bodies and reproductive health. It created a dialogue that seeks to address the question: Where do we go from here? Do we continue to shame women for making decisions about their lives? Do we continue to hide for fear of being judged, or worse yet, ostracized, for simply making a decision in our own self-interests ? Or do we proactively address the issue in a constructive way? After all, we can’t address a problem if we never talk about it.

I’ve not spoken about my almost-abortion with anyone, except for my partner and two very close friends. But my experience has made me even more steadfast in my belief that women should be able to make decisions about their bodies, and lives without fear of judgment. Perhaps my story can move the needle, even if ever so slightly, forward toward creating a safe space for women and their right to choose.

Alicia Lue is a freelance writer and blogger. Born in Toronto and raised in Jamaica, she now lives in Montreal with her long-term partner and two sons.