An Ode To My Many Mothers

'The people in this chosen family of mine have shown me that I don’t need to worry so much and that I’m enough as I am. They helped raise me, and are—in many ways—my mothers, too.' 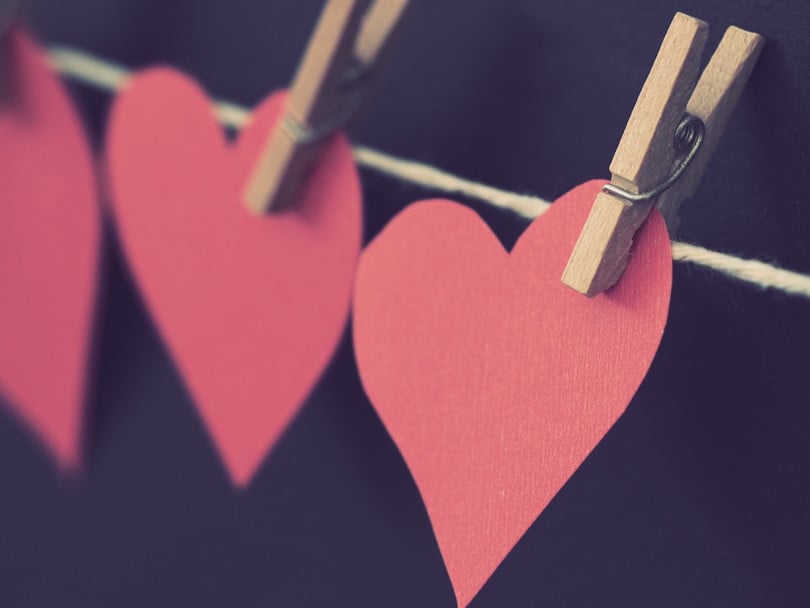 When I look in the mirror, my mother’s face peers back: high hairline, square jaw, round cheeks, eyes with flecks of orange, green and brown. The same lines as hers beginning to crook themselves around my brows.

When my mother looks at my face, she sees a different person than the one I see. As she puts it, we agree to disagree. We don’t see eye to eye.

We also don’t talk anymore. I can’t share that story because it belongs to both of us. But, as my therapist said to me a few weeks ago as I sniffled over all of this in her office, “The most basic human need is to be understood.”

I realize, however, I’ve been lucky to find that understanding in close relationships with a number of women, from parents of past partners to teachers and mentors. Mothering comes in many forms, not just the biological. Over the years, I’ve worked on the art of creating a self-made family, where there is no judgment and the love is truly unconditional. The people in this chosen family of mine have shown me that I don’t need to worry so much and that I’m enough as I am. They helped raise me, and are—in many ways—my mothers, too.

I met my first honorary mom when I was 17 and had just run away from home. I lived with my then-boyfriend’s family. His mom, Deb, made up the spare room in the basement and did an admirable performance of believing I’d sleep in it. After reassuring my parents that I was okay, she listened to me cry. She showed me there was another way to live, that even when we’re angry, we don’t need to see other people as opponents. Disagreements are natural, she would say calmly. Even when we’re angry, she said, we should do our best to make our loved ones feel safe, especially children. Children deserve love. The way she said “children” was foreign to me. She said it with reverence and joy. It made me cry more. The idea of deserving love made me cry, too. It still does.

She taught me how to cook with the herbs and greens she grew in her garden, how to use essential oils. How to sit and not be bored. And by the time I left that boyfriend, my first ever love, I felt far worse about leaving his mother.

I found the next magical woman in grad school. I had just moved cities to study journalism and Toronto was as unforgiving as they said it would be. I put my furniture together, scrounged the shelves of Honest Ed’s and dragged home Craigslist finds mostly by myself. And because I didn’t have friends in the city yet, I spent my time playing records on my janky old turntable, roaming around Chinatown, and trying (but failing) to teach myself to cook on a quintessentially sad hot plate.


Those seemingly endless, solitary first few months, I cried about every other week in my professor’s office. The professor, Ann, was the most confident person I’d ever met. A serious journalist, she had held many enviable positions before becoming a prof and she expected us to meet her high standards. And she didn’t mince words. One afternoon, she looked at me and said, “It’s clear you’ve suffered from depression for a long time now.” I was shocked, offended and deeply seen. At that time, I had told three different doctors that I had thoughts of suicide and felt unable to control my temper. And each of them gave me different variations of “Oh sweetie…you need to get more sleep.”

Ann said “It’s okay. You’re not alone. Any thinking person feels depression.” She taught me I already have the answers I’m perpetually seeking. If I’m confused about the direction I want to take, she said, I have to first dream up where I want to go. She taught me to trust my feelings, and to let them guide what I chose to cover in my work. “Don’t choose things you know you’ll get bored of,” she said.

When I graduated, I moved in with Erin, my best friend and direct opposite. She’s graceful and organized; I am…not. My home at the time was covered in rogue beads, paints, scraps of twine, discarded garments, piles of incense ash and dog-eared novels. Her life was clean, ordered, pared down to a few elegant, often alphabetized essentials. It would never work! I said. She insisted it could and would.

When we lived together, my anger was out of control. I could easily turn our home into a twisted sea, and often did. She always wanted to talk when something went wrong. When she was angry, she’d say calmly, “I feel angry,” which only made me more irate. I felt that she was doing it to annoy me. I didn’t know how to talk.

She didn’t give up on me, though, and now, when I am angry, I, too, say “I feel angry.” (She also has an actual baby of her own now. When he throws food on the floor, she just says serenely, “Food goes on the table,” and gently places it back where it belongs.)

The latest mother figure I’ve met showed up just over a year ago. Johanne wears the chicest cat-eye glasses. Her ears are studded up and down. She has wild grey hair and drags unapologetically on ceaseless cigarettes, staring at you in the same devil-may-care way as a teen would do. The first thing I found out about her, other than these surface things, is that she doesn’t drink. I didn’t have to either, she said. Yes, stopping would be hard. It wouldn’t be easy. But I could stop, and life would be better.

I stopped. And she was right, it was.

I have many kinds of growth left to do, of course. But thanks to these women, I’ve come further than I ever expected to. I know that feeling angry is not the end of the world, and I’m learning how to let it be useful, then let it go. I know how to honestly express my feelings and try hard not to hurt the other person as I do. I know that, when you are broke, continuing to invest money in a good haircut (even when you kind of can’t afford it) and time in a DIY mani can make all the difference. And I know a self-made family can be just as loving, strong and valuable and real as a biological one.

And if I can’t quite get there, I can always pick up the phone.

Sarah Ratchford is a journalist living in Saint John, N.B. Their first book, Fired Up about Consent, is forthcoming.